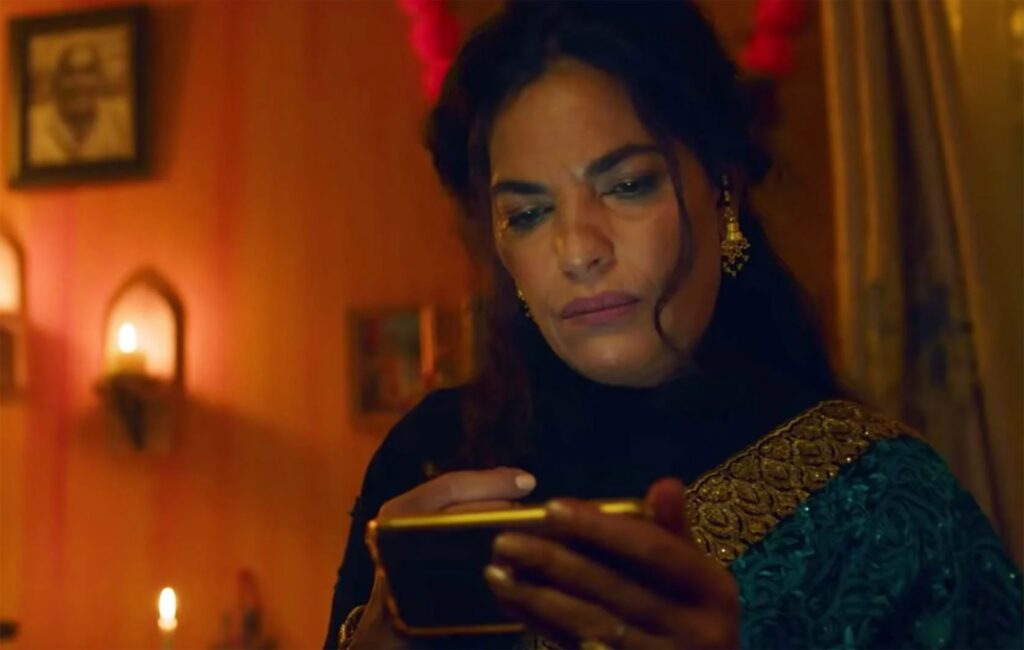 The cast of new Amazon Prime Video horror Evil Eye have explained the film’s cryptic ending in a new interview with NME – watch above.

The Blumhouse thriller ends with a significant cliffhanger. Usha (Sarita Choudhury) is stabbed by Sandeep (Omar Maskati), who then also tries to kill her daughter, Pallavi (Sunita Mani). Usha manages to fatally wound Sandeep, who then appears to die at hospital.

With the themes of the film concerning rebirth, it is then assumed – when the film closes with a newborn baby trying to open its eyes – that Sandeep has been reborn.

Asked whether the ending opens the door for Sandeep to return in the future, Mani said: “In some form I would agree, yes.”

Choudhury added: “But the good news is, the little conversations Sunita and I have kind of deal with that, so… hand in hand.”

Reviewing Evil Eye, NME wrote: “There’s plenty to like about this horror film premiering as part of Amazon’s Welcome to the Blumhouse anthology series. Adapted by playwright Madhuri Shekar from her own acclaimed audio drama, it’s predicated on an affecting mother-daughter bond that stretches authentically over two continents.

“As 29-year-old Pallavi (GLOW‘s Sunita Mani) gets more serious with her wealthy boyfriend in New Orleans, her Delhi-based mother Usha (Sarita Choudhury) becomes increasingly convinced that her daughter’s life is in danger.”