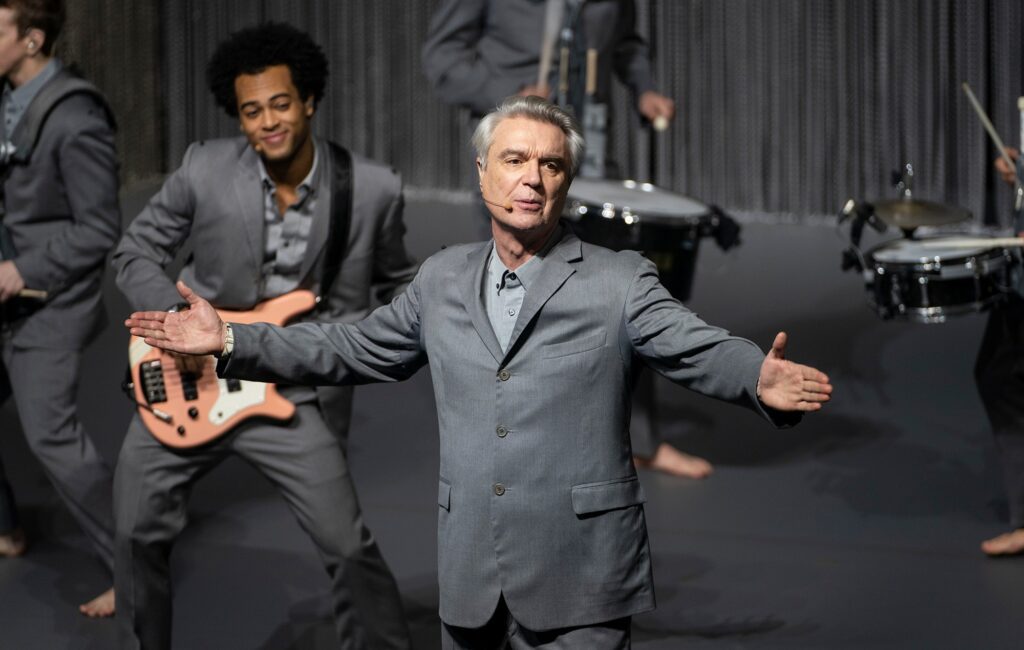 David Byrne and Spike Lee’s American Utopia has finally set a release date in the UK.

The filmed version of Byrne’s smash-hit Broadway show premiered at the Toronto International Film Festival in September, and then screened at London Film Festival last month.

Universal will be releasing American Utopia on VOD services from December 14, in light of the coronavirus restrictions facing cinemas at the moment.

The show played at New York City’s Hudson Theatre on Broadway from October 2019 to February 2020, and also toured the UK between October and November 2018.

David Byrne is joined by 11 musicians from around the world onstage, while Lee films the production with 11 camera operators. The show performs a number of songs from Byrne’s album of the same name, but also features a number of hits by Talking Heads (of which Byrne was the frontman) including ‘Burning Down The House’ and ‘This Must Be The Place’.

Reviewing the show at the New Theatre in Oxford in 2018, NME called American Utopia “the best live show of all time”, adding that: “It’s a show that blurs the lines between gig and theatre, poetry and dance; a full spectrum of culture under one roof. It’s all impossibly slick, no one putting a foot out of line, and yet never feels robotic – the whole thing feels achingly human.”

In a five-star review of the filmed production of American Utopia, NME said: “It’s a rare concert film that packs in brilliant music, incredible visuals, a vital political message and jokes – but this is one of them.”