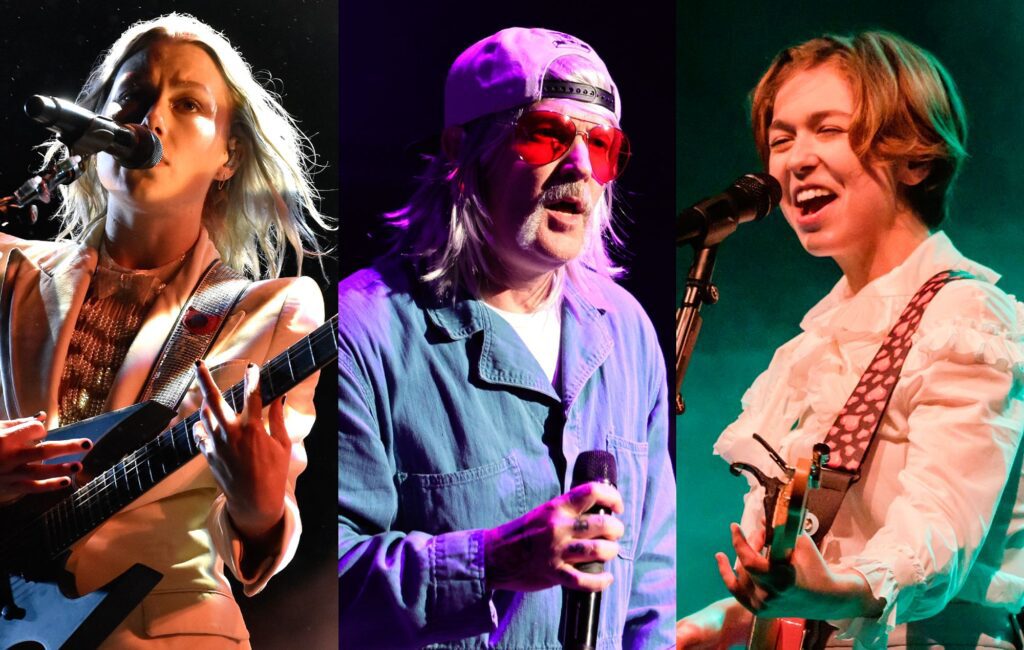 The movie, which is fronted by actors Justice Smith and Brigette Lundy-Paine, has a strong musical contingent in the production with Durst, Lindsey Jordan (aka Snail Mail), Haley Dahl’s Sloppy Jane (featuring Bridgers), and King Woman on the roll-call. Bridgers was a former Sloppy Jane bassist before forging her path as a solo artist.

According to the logline (via The Hollywood Reporter) the film is based on two teenage outcasts (played by Smith and Lundy-Paine) who bond over their shared love of a scary television show. However, the boundary between TV and reality begins to blur after it is mysteriously cancelled.

The movie is a joint project of A24 and Fruit Tree, the banner run by Emma Stone, and is now in post production with no release date currently set.

Helena Howard, who starred in The Wilds after breaking out in Madeline’s Madeline, and Danielle Deadwyler (The Harder They Fall) are also starring in the production, which has a cast that includes Amber Benson, Ian Foreman, Michael Maronna, Conner O’Malley, Emma Portner, and Danny Tamberelli.

Stone and her Fruit Tree partners Dave McCary and Ali Herting are producing alongside Sarah Winshall with Smudge Films and Sam Intili. Jane Schoenbrun has written the script and is directing the project.

In other news, Bridgers appeared in court earlier this month in an ongoing defamation lawsuit where the judge in the case appears to be leaning towards throwing it out.

The lawsuit was filed against Bridgers by the producer Chris Nelson last year. It came about following an October 2020 social media post in which Bridgers directed her followers on Instagram to a thread written by her friend Emily Bannon, which Nelson has claimed was defamatory.

Nelson subsequently sued the singer for defamation and is currently seeking $3.8million (£2.8million) in damages. He claims Bridgers “intentionally used her high-profile public platform on Instagram to publish false and defamatory statements” about him “in order to destroy his reputation”.

In a sworn declaration filed on February 14, Bridgers responded to the allegations, saying: “I believe that the statements I made in my Instagram story are true. My statements were made based on my personal knowledge, including statements I personally heard Mr. Nelson make.”