'Minions: The Rise Of Gru' alternative ending in China makes Gru “one of the good guys” 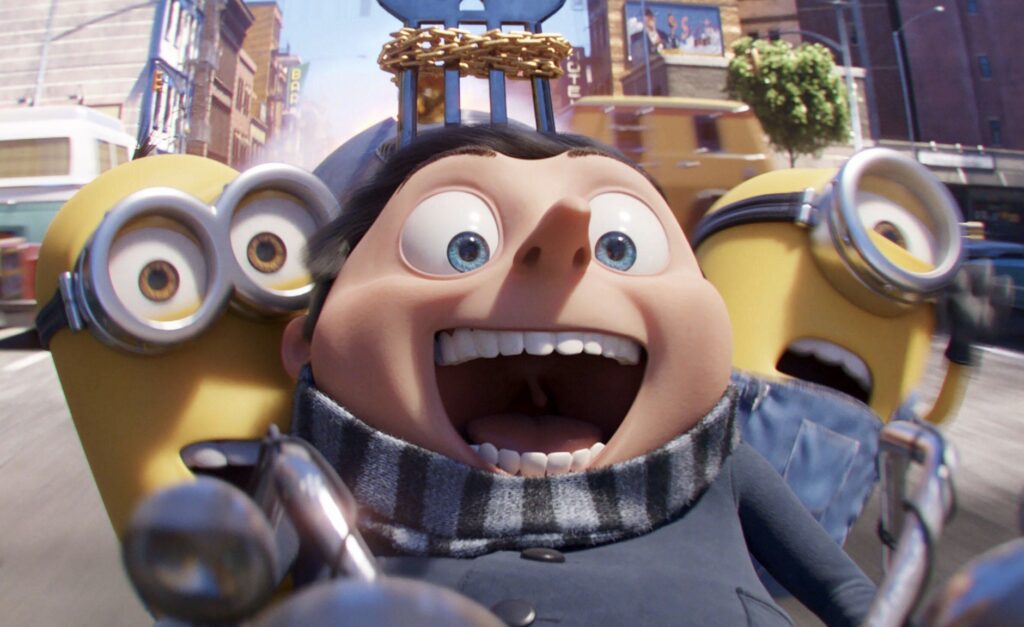 Chinese censors have altered the ending of Minions: The Rise Of Gru, drastically changing the fate of the titular antihero.

The animated prequel follows Gru in his teenage days, before setting up his evolution into the supervillain fans of the franchise have come to know.

However, the Chinese version of the film features a very different ending for Gru and his mentor Wild Knuckles.

Instead of riding off into the sunset together, Wild Knuckles ends up in jail while Gru “becomes one of the good guys”.

According to posts and screenshots shared on Chinese microblogging site Weibo, subtitled stills had been added to the credits to alter the film’s original ending.

In these subtitles, it’s revealed that Wild Knuckles was arrested by the police and locked up for 20 years after a failed heist. He also develops a “love of acting” and sets up a touring theatrical group.

Gru, meanwhile, “returned to his family” after fathering his three daughters became “his biggest accomplishment”.

DuSir, a film blogger with more than 14 million followers on Weibo, called the changes  “outrageous” and questioned why only Chinese people required “special guidance and care”.

In an article, he wrote: “How weak and lacking judgment do they think our audiences are?”

These alterations are the latest example of Chinese authorities editing a Hollywood film’s ending.

Earlier this year, Warner Bros. confirmed that any reference to a gay relationship between Albus Dumbledore and Gellert Grindelwald had been removed from the Chinese version of Fantastic Beasts: The Secrets Of Dumbledore.

And in February, a version of the 1999 cult classic Fight Club had its original ending – in which the protagonist blows up several corporate buildings – removed and replaced with a message stating that the characters had been arrested, and that the police had saved the day.

Speaking about the edited ending, director David Fincher told Empire: ““If you don’t like this story, why would you license this movie?

“It makes no sense to me when people go, ‘I think it would be good for our service if we had your title on it… we just want it to be a different movie.’ The fucking movie is 20 years old. It’s not like it had a reputation for being super cuddly.”