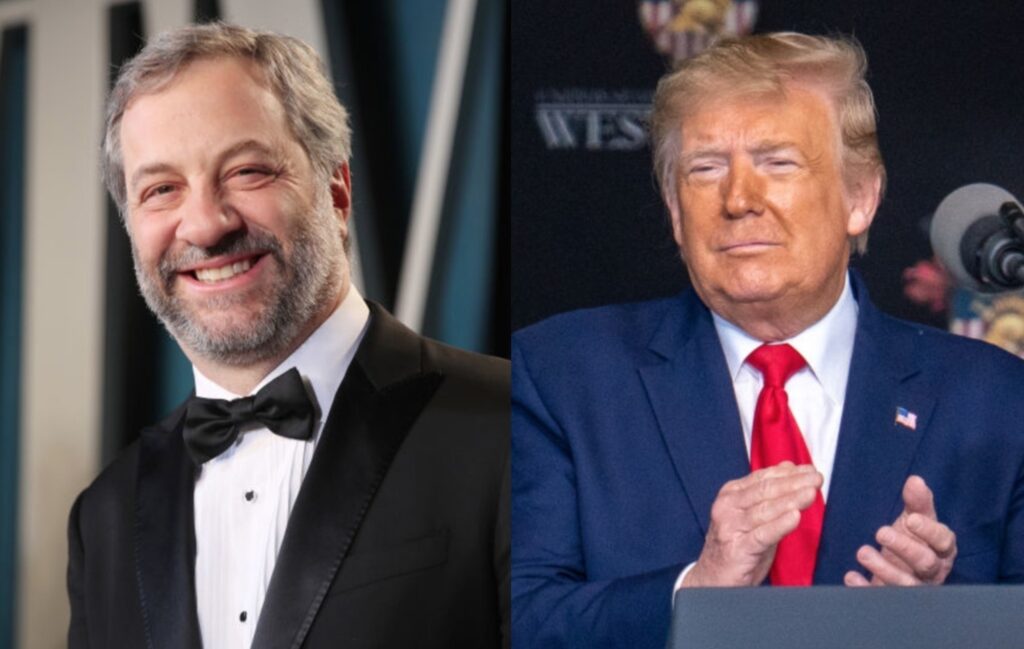 Judd Apatow has called out US president Donald Trump for his lack of compassion, calling him a “malignant narcissist.”

Speaking in a new interview, the director, who is currently promoting his new movie The King Of Staten Island, discussed the US president’s lack of compassion and his inability to lead the United States.

“The US president is, I believe, a malignant narcissist,” Apatow told The Independent. “He doesn’t have compassion. He is not intellectually capable of leading our country and he is not emotionally fit to run our country and everything that’s happening is the natural result of that.”

“It’s a tragedy that somehow he was elected,” he continued. “There was a lot of voter suppression involved in his election. To this day we’re still not sure exactly what happened. I’m hopeful that nobody new has decided they love him. And when people get to go to the polls [in November 2020], he will be removed.”

Elsewhere in the interview, Apatow reflected on the time Katherine Heigl, who starred in his 2007 romantic comedy Knocked Up, called the movie “a little sexist.”

The comments caused a backlash, and contributed to Heigl’s reputation for being allegedly difficult to work with. However, while he was hurt by her comments, Apatow said the actress had every right to speak out.

“I think that everyone should be allowed to criticise anything,” he said. “That’s how everything works: stand-up comedians, movies, television. Everybody is entitled to their opinion. Sometimes it just crosses over into this other thing, which is, should people be allowed to work or should they be cancelled if people disagree with something that someone said or made?”

He added: “People have always had debates about the quality of work and what it means, and that’s good, unless it somehow turns toxic in some way.”

Meanwhile, Pete Davidson has revealed that his new movie, The King Of Staten Island, which is directed by Apatow, helped him work through the death of his firefighter father.