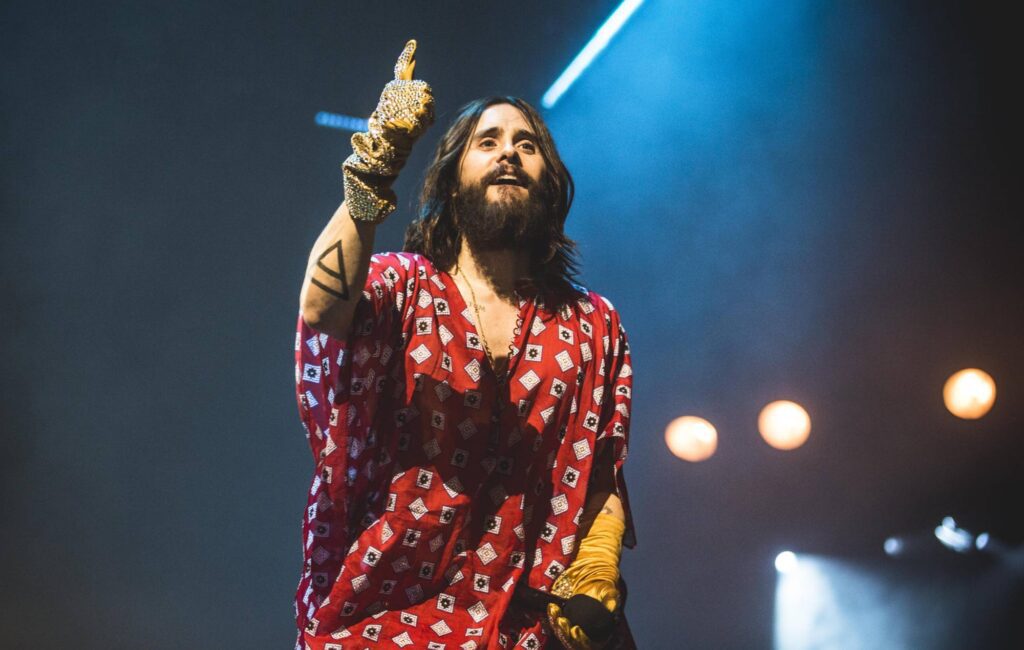 Jared Leto has said that he was teargassed during a recent COVID-19 pass protest in Rome.

The protest took place on October 9, and was against a government drive to make the COVID-19 Green Pass mandatory for all workers.

Leto is currently in the city, and was caught on the street when violence between the police and public broke out. The actor took to Instagram stories to document the clash.

“Got caught in a protest in Italy,” he wrote, as reported via Metro. “From what I gather it was about vaccine mandates/green pass.”

In another slide he wrote: “Got teargassed then called it a night.”

One fan was able to capture the story and relay it via Twitter.

Leto will next be seen on screens in Ridley Scott’s fashion biopic House Of Gucci opposite Lady Gaga.

Gaga stars as Patrizia Reggiani, the ex-wife of Maurizio Gucci – himself the grandson of Guccio Gucci, founder of the eponymous luxury fashion brand. In real life, Maurizio was shot to death in 1995, and Reggiani was convicted of ordering his murder in 1998. She was released from prison in 2014.

Leto plays Paolo, the son of the fashion house’s former head Aldo Gucci, who is depicted by Al Pacino in the film.

The role called for Leto to don a bald cap, facial prosthetics and fat suit. He shared a first look of the character in July.

The development of House Of Gucci has been met with strong criticism from the Gucci family. Patrizia Gucci, a descendant of founding father Guccio Gucci told The Associated Press: “We are truly disappointed. I speak on behalf of the family.”

She added: “They are stealing the identity of a family to make a profit, to increase the income of the Hollywood system….Our family has an identity, privacy. We can talk about everything. but there is a borderline that cannot be crossed.”