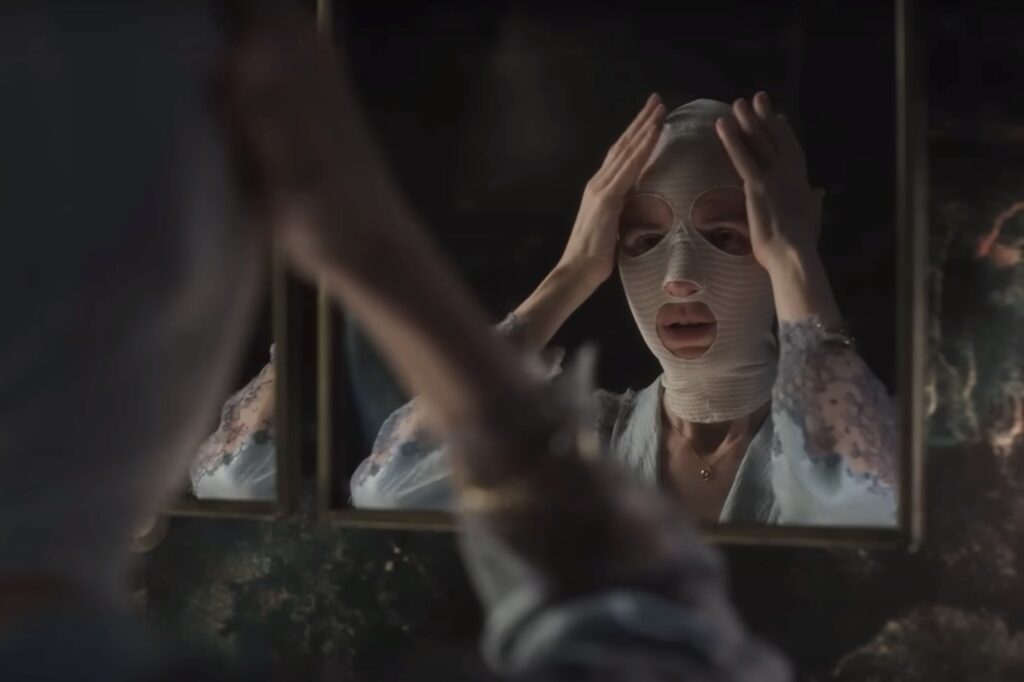 Naomi Watts‘ new horror movie Goodnight Mommy has released its first official trailer. You can watch it below.

A remake of the 2014 Austrian film of the same name, the upcoming movie centres on two twin brother (played by real-life twins Cameron and Nicholas Crovetti), who visit their mother after she undergoes facial reconstructive surgery. However, it soon becomes apparent that something isn’t right with her.

An official synopsis for the film reads: “When twin brothers (Cameron and Nicholas Crovetti) arrive at their mother’s (Naomi Watts) country home to discover her face covered in bandages – the result, she explains, of recent cosmetic surgery – they immediately sense that something doesn’t add up. She sets strange new house rules, smokes in her bathroom, and secretly rips up a drawing they gave her—things their loving mother would never do.

“As her behaviour grows increasingly bizarre and erratic, a horrifying thought takes root in the boys’ minds: the sinking suspicion that the woman beneath the gauze, who’s making their food and sleeping in the next room, isn’t their mother at all.”

Speaking to People about the upcoming film, director Sobel explained how he wanted to lean more towards the psychological thriller genre as opposed to horror for this remake.

“I saw an opportunity to preserve this unique mixture while injecting a completely new set of themes we wanted to explore,” he said. “If I had to point to a key difference between the films, I’d say the original is more interested in tone and aesthetic, while our reimagining favours character and psychology.”

Goodnight Mommy will premiere on Prime Video on September 16.