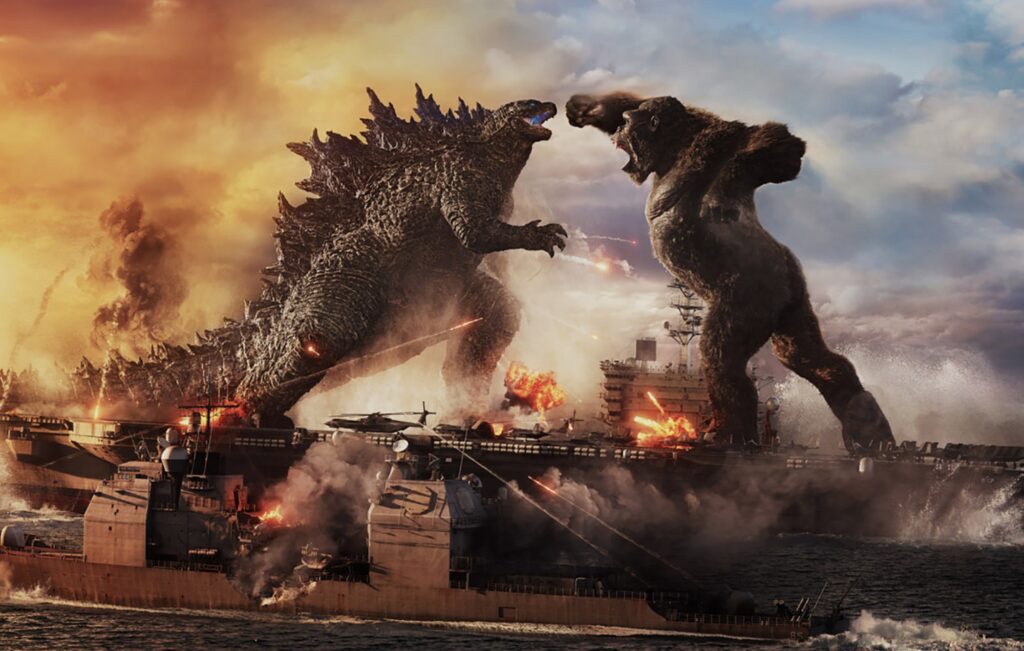 The first trailer for Godzilla Vs. Kong has been released by Warner Bros. – check it out below.

A synopsis for Godzilla Vs. Kong reads: “The epic next chapter in the cinematic Monsterverse pits two of the greatest icons in motion picture history against one another – the fearsome Godzilla and the mighty Kong – with humanity caught in the balance.”

The film is directed by Adam Wingard, who is best known for his work on horror films such as Death Note and 2016’s Blair Witch.

Originally due to arrive on May 21, Godzilla Vs. Kong was recently moved up to March 26 after being moved around a number of times by Warner Bros. due to the coronavirus pandemic. It will be released simultaneously in cinemas and on the streaming platform HBO Max.

You can watch the first trailer for Godzilla Vs. Kong below:

Last month, Warner Bros. announced it will release all of its 2021 movies, which include Dune, Godzilla Vs. King Kong and The Matrix 4, on HBO Max as well as in cinemas.

The move, which pertains to the US, has been made in response to the coronavirus pandemic’s severe impact on the stability of the traditional theatre-first release model.

“We’re living in unprecedented times which call for creative solutions, including this new initiative for the Warner Bros. Pictures Group,” Warner Bros. CEO Ann Sarnoff said in a statement (via Variety).

“No one wants films back on the big screen more than we do. We know new content is the lifeblood of theatrical exhibition, but we have to balance this with the reality that most theatres in the U.S. will likely operate at reduced capacity throughout 2021.”

Meanwhile, Christopher Nolan, one of several industry figures who criticised the studio for its decision to release its entire slate of 2021 simultaneously in cinemas and on HBO Max, is unlikely to work with Warner Bros. on his next project, according to a new report.