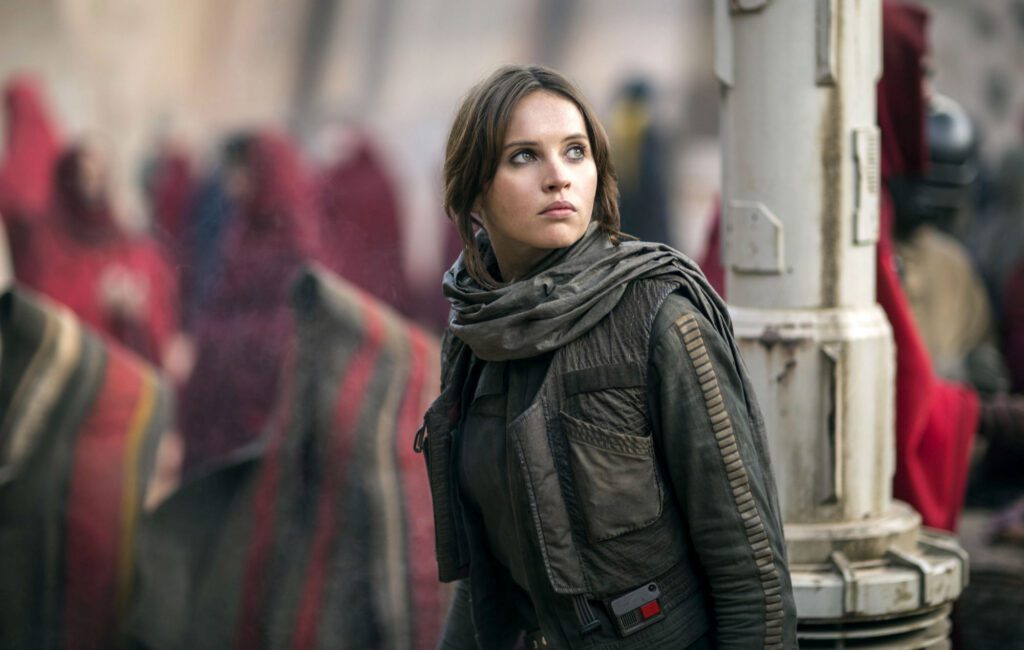 Felicity Jones has indicated that she would love to reprise her role as Jyn Erso in a direct sequel to Rogue One – despite the events of that film making it an unlikely premise.

Jones’ performance in the 2016 standalone film drew acclaim – including a four-star NME review which called her “terrific” – though the story seemingly left little room open for Jyn to develop in future films.

Speaking to The Hollywood Reporter, however, Jones said: “I just keep saying that reincarnation is totally possible in the Star Wars universe. So, I feel there’s unfinished business for Jyn, for sure.”

She added: “I think it would be fascinating to see her getting older and wiser and fighting the dark forces in the universe, of which there are many it seems.”

One Rogue One character who will be explored further is Cassian Andor, as Diego Luna is set to reprise the role for an upcoming Disney+ series that will explore the origins of the spy.

Diego previously said: “It was hard to start a film knowing you were going to die so fast, but now we can talk about what happened earlier.

“I’m happy to be part of that universe because I grew up watching those films. Having a chance to explore the role in 10 hours or as many hours as we get, it’s going to be great.”

Rogue One co-writer Tony Gilroy will write and direct some episodes of the show. A release date for the series – which is set five years before the events of the film – has yet to be confirmed.