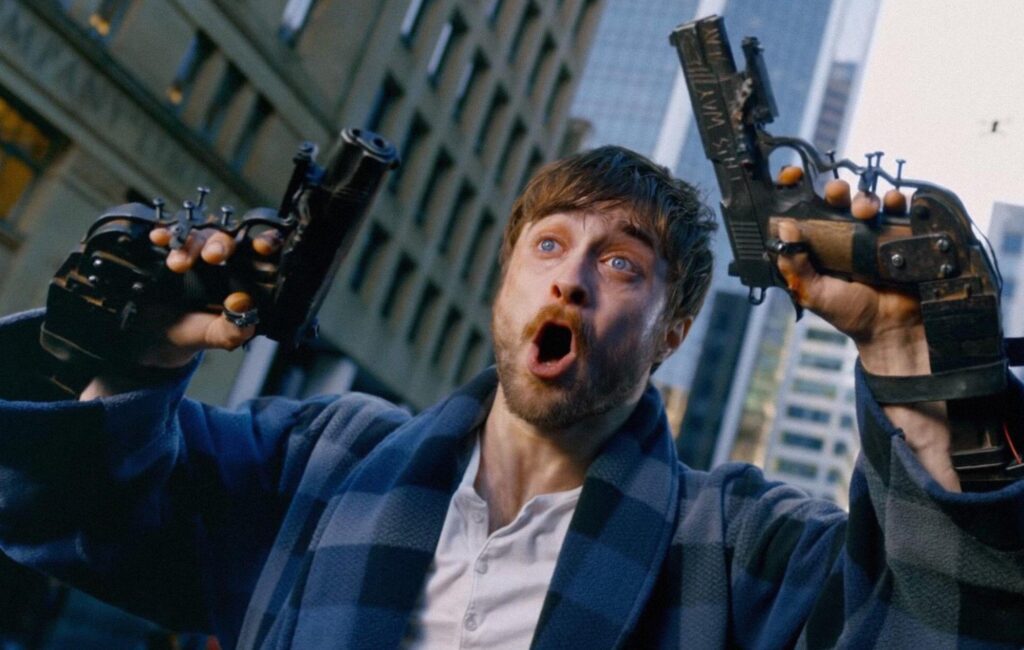 Daniel Radcliffe has said he’s been able to take creative gambles with films owing to his early career in the Harry Potter movies.

The actor, who portrayed the titular character in the blockbuster fantasy films, said the financial security the franchise gave him allowed him to pursue movies that interested him the most.

Speaking to Lord Of The Rings‘ Elijah Wood for a conversation special in this month’s Empire magazine, Radcliffe said: “I’ve actually found it’s an incredibly liberating thing, to do the biggest thing you’re ever gonna do really fucking early.

“The financial success thing, that’s done. So just do things that make you happy. And I definitely get a sense of that from your career, Elijah.”

“Like, for every director out there that was like, ‘I can only see him as Harry Potter’, there was at least one that said, ‘I wonder if he’ll do this really fucking weird thing?’ And I did!”

Radcliffe’s offbeat roles following the conclusion of the Harry Potter films include portraying a dead body in Swiss Army Man (2016) and a computer programmer who has guns bolted to his hands in Guns Akimbo (2019).

Wood agreed with Radcliffe’s comments: “Yeah. I would have said the exact same thing if you hadn’t articulated it. Your career is so rad. You make such fun choices.”

In other news, the actor was outspoken last year about Harry Potter author JK Rowlings’ views on transgender people.

Radcliffe penned a short essay in response to the criticism and accusations of transphobia that Rowling has faced last summer, with the actor stating in his piece that “transgender women are women”.