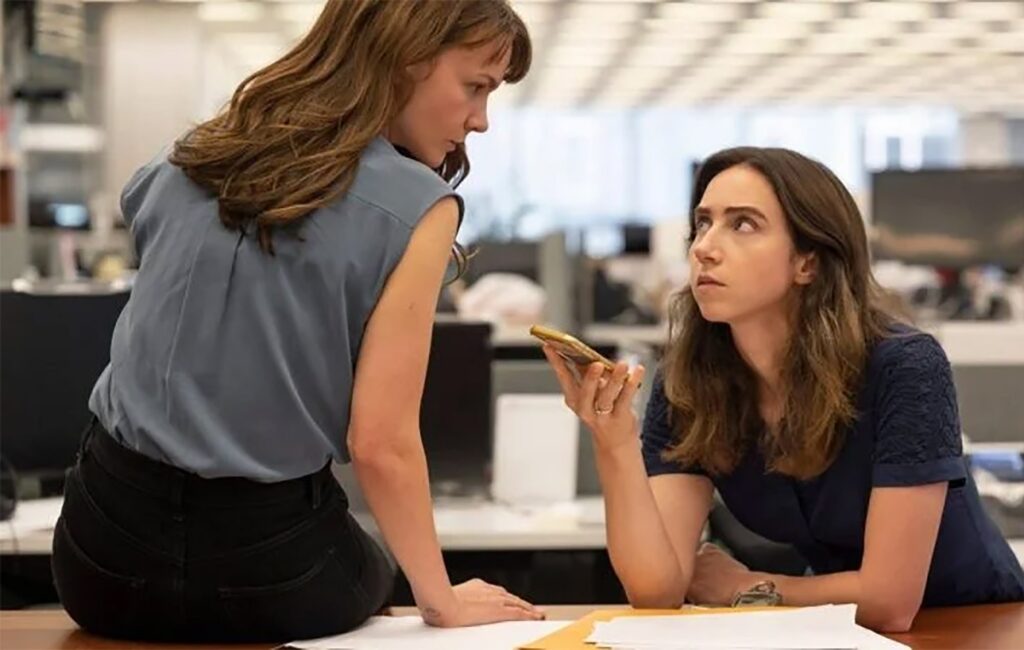 The first trailer for Harvey Weinstein drama She Said has been released – check it out below.

The film adapts the book by investigative journalists Megan Twohey and Jodi Kantor, the New York Times reporter who wrote the exposé about the Hollywood producer.

A synopsis for She Said reads: “Two-time Academy Award nominee Carey Mulligan and Zoe Kazan star as New York Times reporters Megan Twohey and Jodi Kantor, who together broke one of the most important stories in a generation – a story that helped propel the #MeToo movement, shattered decades of silence around the subject of sexual assault in Hollywood and altered American culture forever.”

Take a look at the trailer here:

Kantor and Twohey reported the story which broke on October 5, 2017, collecting allegations of sexual harassment and assault many women had made against Weinstein, dating back several decades.

She Said is set to be directed by Unorthodox director Maria Schrader, from a screenplay by Rebecca Lenkiewicz.

In a four-star review, NME wrote: “From the opening bars of ‘Boys’ to Cassie’s distinctive nurse costume and candy-coloured wig, Fennell has delivered an aesthetically astute directorial debut that’s packed with verve – and hides an important message just beneath its pastel-coloured shell.

“The framing of women’s trauma on-screen is slowly evolving (see I May Destroy You and I Hate Suzie) and Promising Young Woman, even with its imperfections, is no exception.”