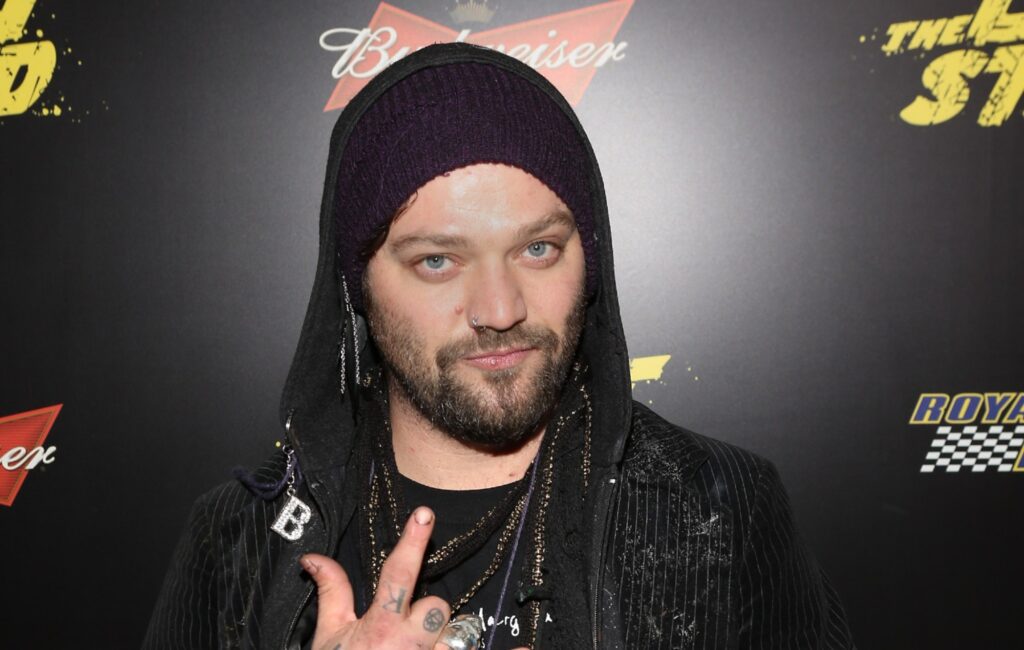 Bam Margera has said he thinks he is “much better off” after being sacked from Jackass Forever in a new interview.

The stunt performer was fired from Jackass Forever after a positive drug test earlier this year.

Speaking on Steve-O’s podcast, which was released last week but recorded some weeks earlier, Margera opened up about leaving the show.

“Everything [was] meant for a reason and I’m much better off not being in it,” Margera said to Steve-O after the latter explained how much he “campaigned” to get Margera back on Jackass Forever.

Following his exit from Jackass Forever, the stunt performer filed a lawsuit in August against the film’s producers claiming a violation of his civil rights. He claimed producers made him sign a “Wellness Agreement” and fired him after a positive drug test, which broke his contract.

In April this year, Margera reached a settlement over the lawsuit against Johnny Knoxville, Spike Jonze, Jeffrey Tremaine, Paramount Pictures and others. In court documents obtained by TMZ at the time, Margera asked for the lawsuit to be dismissed.

On the podcast with Steve-O, Margera said he was upset by the clause claiming that Jackass producers had previously encouraged his drug and alcohol abuse.

“I got a high five for good press,” he said of his 2014 arrest at Los Angeles International Airport. “Now I wind up sipping on a beer out in front of a hotel on TMZ, and I get kicked out for being a liability. It’s just fucking ridiculous.”

To this, Steve-O replied: “Back in the days of Jackass 2, we were in our ‘heyday,’ we were at our worst. Drugs and alcohol were still working for us. Nobody was getting locked up in rehab or jail or having public meltdowns. I hope you can understand that at a certain point – specifically over the last few years – it stopped being fun. It stopped being funny. It stopped being cool. It stopped being something we wanted to give you a high five for because we’ve been watching you self-destruct.”

Back in May, Margera revealed that he completed a 12-month treatment program for drug and alcohol abuse.

However more recently, his family released a statement saying that a ‘Free Bam’ movement has threatened his sobriety.

In a statement on Instagram they addressed concerns from fans that Margera had been put under a conservatorship amid a recent return to rehab, with the family saying that the group had “encouraged his exit from treatment”.

“It’s no secret that Bam has struggled with mental health and addiction,” they began. “You’ve watched Bam grow up and supported him through his ups and downs. Our family has let you into the chaos that is our home, and we want nothing more than to continue this journey together.

“The ‘Free Bam’ movement has caused confusion and threat to Bam and our families. Although we love sharing our lives with you, some things need to be handled privately, and treatment is one of them. Recovery is difficult and even more so under public scrutiny.

“Despite rumours, Bam has never been in a conservatorship but rather a temporary healthcare guardianship for reasons not shared with the public,” the family continued. “If Bam chooses to speak to this, he will when he is ready. The ‘Free Bam’ theorists have encouraged his exit from treatment, despite their lacking knowledge of the details, his health, and well-being.”

The statement concluded: “We kindly ask you to respect the process and our family. As our extended family, we ask for you to support Bam in his recovery, to stay on track, and wish him well with his sobriety. With heart, The Margera Family.”

The family further clarified in the Instagram comments: “Bam is currently in treatment and we are helping him with his social media while he focuses on his recovery. We are his family who love and communicate with him to collaborate on his content and updates.

“With much appreciation, we thank his former healthcare guardian, @limafromaura, for all she contributed. Thank you to everyone for your support during this wild ride. With Heart – The Margera Family.”