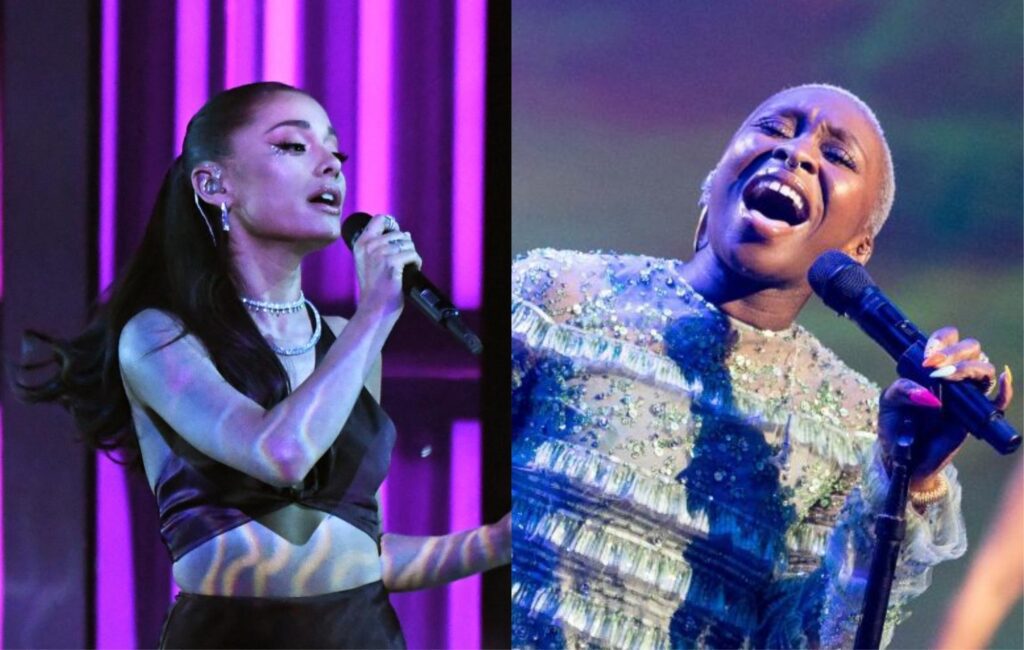 Ariana Grande is set to defy gravity in the forthcoming Universal film adaptation of the hugely successful Broadway musical Wicked, with the singer revealing she’s been cast as Glinda the Good Witch.

In a post on Instagram, Grande revealed her casting by sharing flowers and a message sent by co-star Cynthia Erivo, who is on board to play the musical’s main role of Elphaba.

“‘Pink Goes Good With Green’,” the message from Erivo read. “Congratulations Miss A, The Part Was Made For You, I Look Forward To Sharing This Musical Journey With You.”

Grande also sent Erivo a message and her own set of flowers, as the actress shared on her Instagram profile.

“Dear Cynthia, honored doesn’t even begin to cover it,” Ariana wrote in the message. “I cannot wait to hug you. See you in Oz.”

Both Grande and Erivo shared screenshots of video calls between the two, and the film’s director Jon M. Chu, who recently helmed the film adaptation of Lin-Manuel Miranda’s musical In The Heights.

Grande was long considered for the role, with the Broadway musical’s composer Stephen Schwartz saying as far back as 2019 that organisers would “be fools” not to “seriously consider” her for the part.

The ‘Positions’ singer has previously called the part of Glinda her dream role, with fans unearthing a nearly decade-old tweet of hers after seeing the musical on stage.

“Made me realize again how badly I want 2 play Glinda at some point in my life! #DreamRole”

Loved seeing Wicked again… amazing production! Made me realize again how badly I want 2 play Glinda at some point in my life! #DreamRole

The adaptation has been in the works for over a decade, and no release date has been set. Stephen Daldry had originally signed on to direct the film, but had to pull out due to scheduling conflicts, according to Variety.

Grande, who made her Broadway debut in 2008 with 13: The Musical, had performed ‘The Wizard And I’ from Wicked back in 2018 as part of NBC’s A Very Wicked Halloween special. That same night, she shared a photo with Idina Menzel, who played Elphaba in the musical’s original Broadway run.

More recently, Grande recruited Kristin Chenoweth, who starred alongside Menzel as Glinda, to be her team advisor on The Voice. The two had previously performed together on Chenoweth’s 2019 album ‘For The Girls’, where they covered Lesley Gore‘s classic ‘You Don’t Own Me’.