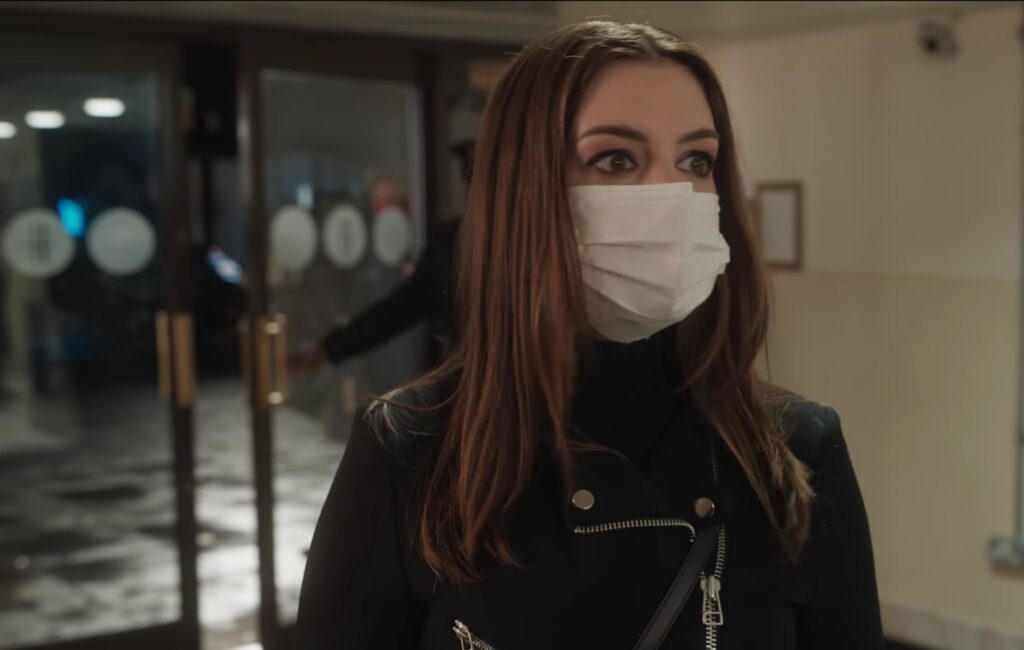 A new trailer has been shared for Locked Down, the new coronavirus-era heist comedy from Peaky Blinders creator Stephen Knight.

As first announced last September, the film – previously titled Lockdown – is described as “a heist movie/romantic comedy set against the backdrop of the pandemic lockdown”.

Anne Hathaway (Linda) and Chiwetel Ejiofor (Paxton) star as a couple that decide to break up just before the UK is sent into a national lockdown, meaning they are stuck at home together during the pandemic.

The new trailer sees the pair struggling to co-exist at home, before the prospect of a lucrative heist at Harrods, where Hathaway’s character works, brings them together.

Watch the trailer for Locked Down, which hits US streaming service HBO Max next week (January 14) and comes to UK cinemas soon, below.

Filmed on location in the UK in September and October of 2020, Locked Down is also set to star Ben Stiller, Stephen Merchant, Lucy Boynton Mindy Kaling, and others.

Talking to PEOPLE about making the new film, Hathaway said: “The sheer act of making it, of doing something so collaborative and audacious made us all very focused and open — and strangely free.

“Like the odds were so against us anyway that it made me want to lean into the exhilaration and take risks with my performance.”

She added: “It was scary taking my mask off every day, and so I really appreciated how committed the crew was to keeping their masks on — even when we were shooting in hot rooms and they were carrying heavy camera and lighting equipment they were always, always masked.

The film arrives as England enters a new national lockdown today (January 6). As announced by Prime Minister Boris Johnson on Monday (January 4), the messaging to the public is to “stay home, protect the NHS and save lives,” with A-Level and GCSE exams cancelled in England this year.