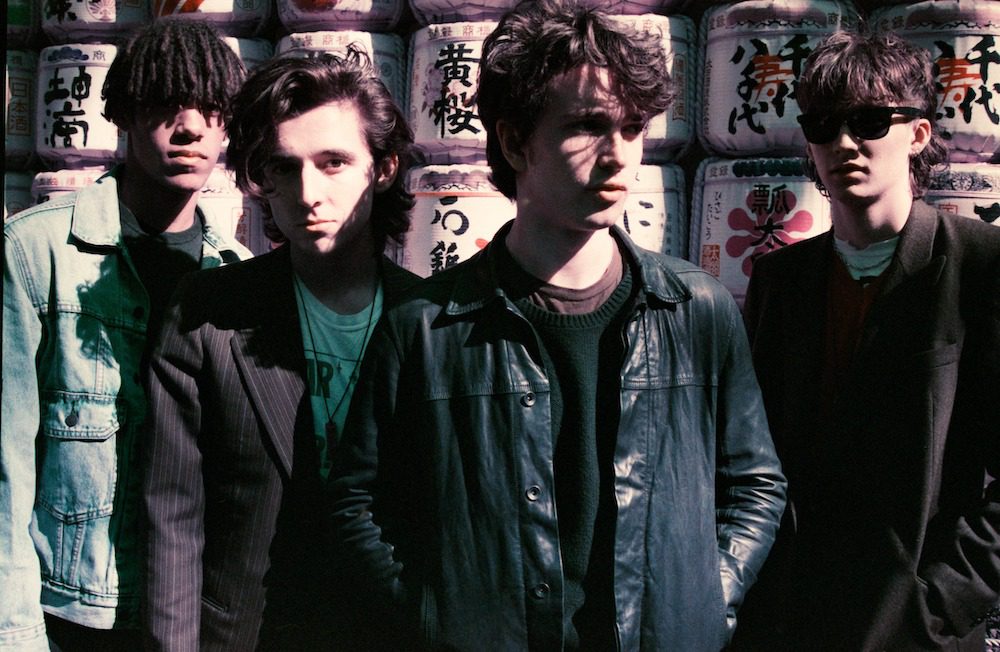 Inhaler is one of the 2020 bands you need to know.

After a Winter tour in the UK and Europe, where the foursome played sweaty sets of their hooky indie rock, the Dublin, Ireland foursome were perched to head stateside for a spring trek that would’ve seen them perform at some of the most iconic venues for on-the-verge artists – like the Bowery Ballroom in New York City and West Hollywood’s Troubadour.

“That was one of the venues that we were really excited to play, obviously,” frontman/guitarist Elijah Hewson tells SPIN of the hotspot known for hosting important early gigs from The Byrds, Elton John and even Radiohead’s OK Computer release show. “We only had a small brush with L.A. when we were there [last fall]. We were kind of rushed from radio to all these kinds of interviews and press and stuff, so we didn’t really get to see the place or have a connection with it, but you feel that energy when you land in L.A. It’s just kind of magic [coming stateside] for the first time. I’ve been there before, but a few of the guys – Josh [Jenkinson, guitarist] and Ryan McMahon [drums] – had never been to America before/crossed the Atlantic, so it was pretty [momentous]. We loved it. We want to go back as soon as possible, but, you know, fingers crossed.”

As it stands (with the hope of science and safety measures prevailing), Inhaler’s U.S. tour dates have been rescheduled for September. In the meantime, Hewson, Jenkinson, bassist Robert Keating and McMahon are paying attention to Ireland’s strict lockdown rules (schools and churches are still closed and there’s currently a 5 km limit on exercise distances). “I’m back at home at my parents’ house. All the band – we don’t have a place to stay together. So, we’ve all been quarantined at home with our families,” Hewson (whose folks are Paul Hewson, aka U2’s Bono, and Ali Hewson) explains.

Recorded prior to lockdown, Inhaler’s newest single, “Falling In” (the follow-up to dreamy driver “We Have to Move On”), finds Hewson examining the balance between regular life and the onstage swagger that comes from touring and playing the kind of blistering sets they’ve gained a rep for overseas. “When you travel you start to gain a little bit more of a perspective on life and you open up to things, but you kind of also brush with your ego a little bit and we were just kind of finding out how to balance our ego – because it is important when you’re a performer and a songwriter, I think, but you don’t want it to take control of you. So that’s what the song’s really about – just kind of us shaking hands with our egos,” he says.

On Wednesday, the band dropped the video (shot on Zoom with the help of filmmaker Douglas Hart, former Jesus & Mary Chain bassist, and their producer, Antony Genn) for the cracking cut that opens as a strut-infused indie hip-shaker before breaking out its epic pop-rock chorus made up of Hewson’s impassioned vocals and Jenkinson’s sweeping guitars. “It kind of starts off like a ’60s Kinks tune like ‘You Really Got Me,’ or something like that. That’s where the start of it came, and then the rest of it was just kind of the band getting in together and rehearsing it and coming up with – because it is really diverse sonically,” Hewson says. “There’s strings in it and guitar riffs and mad little arpeggiating synths. And we just want it to feel energetic and have life and be something interesting to play at our gigs. I remember when we played it for the first time live a couple of months ago in Manchester. It just kind of – I don’t know, something about the song just makes people want to lose it.”

And speaking of Manchester, England, it’s a city whose most treasured bands of the ’80s and ’90s (including The Stone Roses, who Hewson says “were like gods to” the members ofInhaler when they were 16) have had a heavy impact on the budding rock outfit. “We listen to a lot of New Order and Joy Division and the Happy Mondays. They’re all so influential in completely different ways. Joy Division sounds so different to Happy Mondays and I think we kind of want to represent that in our music, you know?” he said. “There’s so many different influences.”

Although they’re all just 20, (they first formed in school), Inhaler have the poise of seasoned rockers, not a newly-signed band with a only few singles to their name. Prior to the global stay-at-home orders, they’d been working toward recording their debut album in London. “We’ve got obviously a few songs recorded just from being in the studio in the past, but we’ve been writing a lot of new material in lockdown that we haven’t obviously been able to record yet. But we’re hoping to kind of finish it this summer. I mean, I’m sure we will because there won’t be any gigs, so we’ll have to do something,” Hewson said. “But yeah, I’d say it’s about 40 percent done. But like they say, the last 10 percent takes 90 percent of the time.”