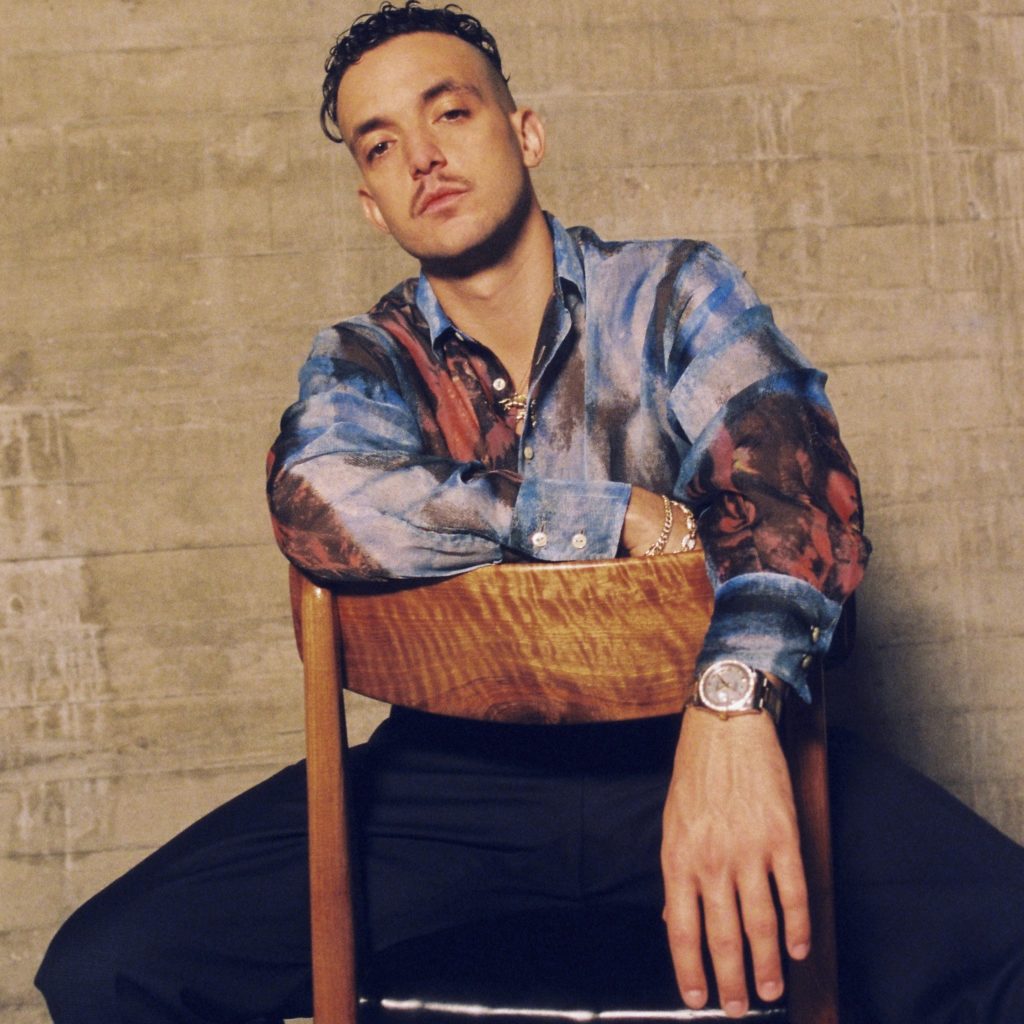 “The most happiness I got from this project was to be in the studio with these artists who I admire that are authentic legends,” C. Tangana tells SPIN over Zoom. “That they worked with me and respected what I was doing is what I valued the most.”

Before he was C. Tangana, Ánton Álvarez was a kid who grew up on classic New York hip-hop artists like Mobb Deep, Big L, Lord Finesse and Big Pun. As a teen in the mid-2000s, he made noise in Madrid as the rapper Crema through freestyle mixtapes like the Madrid Files. In 2011, he and his friends created the hip-hop collective Agorazein, where C. Tangana was born. The indie artist went solo in 2016, signing with Sony Music Spain the following year. From there, C. Tangana met his frequent collaborator Alizzz, who co-produced El Madrileño. “Alizzz is like my brother,” he says. “With my music, I haven’t done anything without him. I have a brutal chemistry with him in the studio. I’m always learning from him.” The two created his breakthrough hit, the colorful “Mala Mujer,” which brought Tangana’s first taste of global attention. Bronx-based hip-hop star French Montana and Puerto Rican rapper Farruko jumped on a remix, extending the song’s reach beyond Europe.

“‘Mala Mujer’ opened the doors for me in the international markets and with the Latinos. All of a sudden, they were playing it in Puerto Rico and Colombia,” he says. “That song really traveled.” At the same time, C. Tangana was writing with his then-girlfriend, Spanish singer Rosalía, for her flamenco-pop album El Mal Querer.

“That was a very enriching experience because both Pablo [El Guincho] and Rosalía were very much outsiders at the time in music, including in the Spanish music scene,” he says. “I learned a lot from those sessions. It was very inspiring.”

Tangana earned four Latin Grammy Awards for helping write El Mal Querer and its lead single, “Malamente.” With El Madrileño, he’s primed to win some Latin Grammys for his own music — perhaps, with his widened worldview, a Grammy.

“My inspiration for this album was the trips that I did through Latin America and the U.S. when I was touring my music,” C. Tangana says. “I was feeling the pop, folk, and traditional music [during those trips] and I felt like I was suppressing those sounds from my catalog because I was a rapper. When I traveled the world, I realized this was something I wanted to do [with El Madrileño].”

On the album, C. Tangana ventures through Brazil with Toquinho with the bossa nova club banger “Comerte Entera.” He takes a detour through Mexico on “Cambia!”, harnessing corrido power with regional Mexican music acts Adriel Favela and Carin León. With “Cuando Olvidaré,” he also pays tribute to his Madrid roots through a virtual duet with late Spanish artist Pepe Blanco.

El Madrileño also highlights upstarts like Mexican folk singer Ed Maverick in “Pártame La Cara” and Chicano pop star Omar Apollo in “Te Olvidaste.” “I didn’t want this to be a nostalgic album if it wasn’t present and didn’t have that avant-garde element,” he says. “I looked for young artists who were not a part of the trap or reggaeton wave, who were outsiders.”

Tangana hopes his music can leave an impression like the Spanish musicians who impacted his life, flamenco icon La Tana and El Pescaílla. “They’ve always been an inspiration to turn myself into that kind of artist, an artist who lives on through works that last for years,” he says. “With my music, I would like to influence the younger generations.”