Architects Experiment on For Those That Wish to Exist 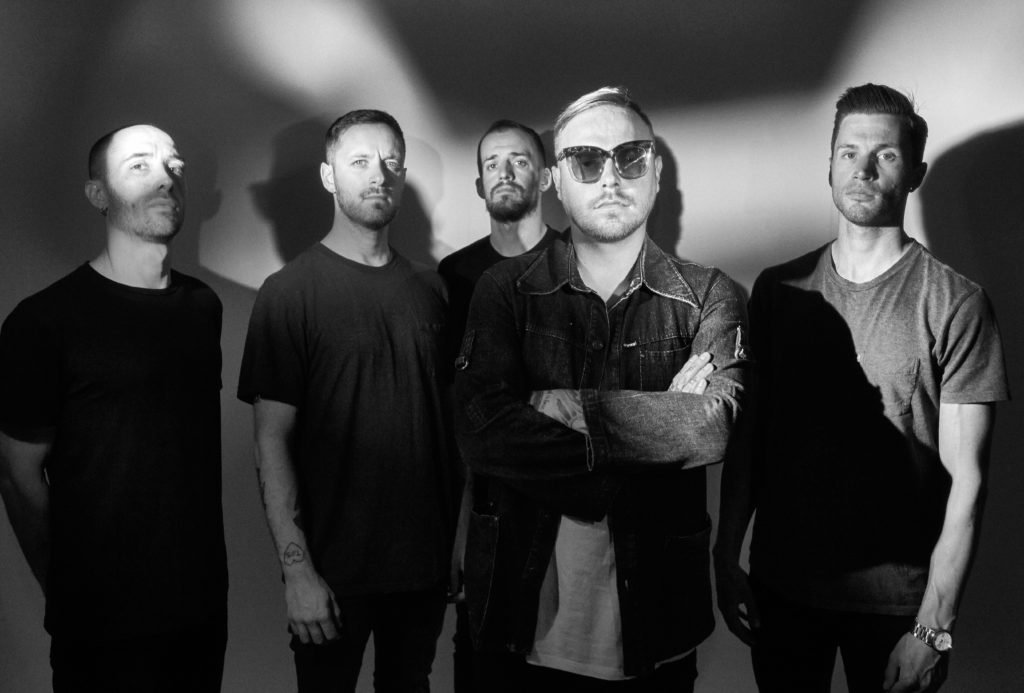 It’s only been a little over 27 months since Architects released their deeply personal Holy Hell, but for the British metalcore veterans, that still marked the first time they’ve ever gone two full calendar years without putting out a new studio album.

Now, they’re back with For Those That Wish to Exist (out Feb. 26 via Epitaph), a self-produced pandemic-recorded new take on the band’s tried and true hard-rocking formula. In addition to breathing some new life into their traditionally controlled chaos behind vocalist Sam Carter’s singing and screaming, the new album expands on the lyrical subject matter as well, taking on some of the planet’s biggest issues rather than focusing on personal losses and events.

SPIN sat down with Carter via Zoom to chat about the upcoming release as well as the band’s history and future.

SPIN: Considering that For Those That Wish to Exist is the band’s 9th studio album in 15 years, how do you keep pumping out new music at this rate for so long?
Sam Carter: I always find it quite surprising how every time we start to write, the demos come through and they’re [labeled] “Album 9” or “Album 8.” I’m always like “Fucking how have we managed to churn out so much material?” Especially because you look at some bands that have been around for years, and they don’t have that many. We’ve just always loved writing music together and we’ve always enjoyed being creative. A lot of bands go into the studio and write and get it done within a certain timeframe, but we’re just constantly going when the vibe is there. We just just enjoy it. Really, I think that’s the main thing. Then when we have enough songs for a record, we put it together and get it done.

Since this one is self-produced, what was it like to not have as many outside voices and factors shaping the album?
It’s been good. I mean, holy hell, there were elements of it that we’d handled ourselves in the past, but we were kind of forced into it with the pandemic this time. We’re really quite hard on ourselves, so this made it more difficult if anything, because we had all the time in the world to finish things, go the extra mile on everything, and know when we could do better ourselves. Creating a project and being there from the start until it’s in somebody’s hands is really fun, and it’s another element of the band that we enjoy. We enjoy being creative there, pushing ourselves, pushing my voice, and making sure that we’re getting all of the sounds and everything that we can.

Now that it’s been almost 15 years since the band’s first album dropped, what’s it like to go back and listen to some of your early work, like Ruin?
When I listen to them, I can see why we didn’t do well. If I’m completely honest, I just don’t think the songs are up to scratch. You could definitely tell there was potential there, but we were just kids trying to figure out how to write songs. We were always quite close to making a good record, but never quite getting there. Then on Lost Forever — and sort of Daybreaker — we managed to strike gold, and I think we realized what we needed to do. It’s amazing to look back on it, because I still feel quite young now and like our best years are ahead of us. It’s funny to think about since we’ve been a band for so long and have so many records out there, but I think we take care of ourselves and push ourselves as musicians. I always think the next record is always going to be our next best one.

Exactly. No reason not to do nine more.
Hey, why not? Let’s do it. Let’s break some records. Let’s be like the new version of Bob Dylan.

How did it feel to finish the album — and now release the album — in the middle of the pandemic?
It was super strange, because it all felt quite disconnected. But we did so much work before that we knew where the record was heading, so it was just about going in and getting those final takes. It was just super weird because we were obviously still talking all the time, but only me and Dan [Searle, Architects’ drummer] were in the same room because Dan was recording the vocals — and even then we’d have to turn up at separate times to get into the studio. The studio gave us the keys since it’s the same studio we’ve been going to since we first started the band, and the guys recorded their guitars at home and then brought them in when we weren’t there, and Dan recorded the drums by himself. It was quite weird, but we spent a lot of time writing it together before [the pandemic]. We actually were supposed to do some writing in Australia, but those fires a year ago changed our plans, and we ended up in Bali. We got a villa there and finished off the writing of the record there, but then when it got to the other points [during the pandemic], it was quite staggered.

Is there anything you’d want people to know before they check out For Those That Wish to Exist?
Give it a few spins before you make a judgement on it. I think it’s like a new chapter for the band. It’s not something that’s been just churned out. There’s a lot of thought behind everything, and I think people might be quite surprised when they hear it. I think it still sounds like us, but it sounds like us experimenting and trying new things out — because we aren’t getting any younger.