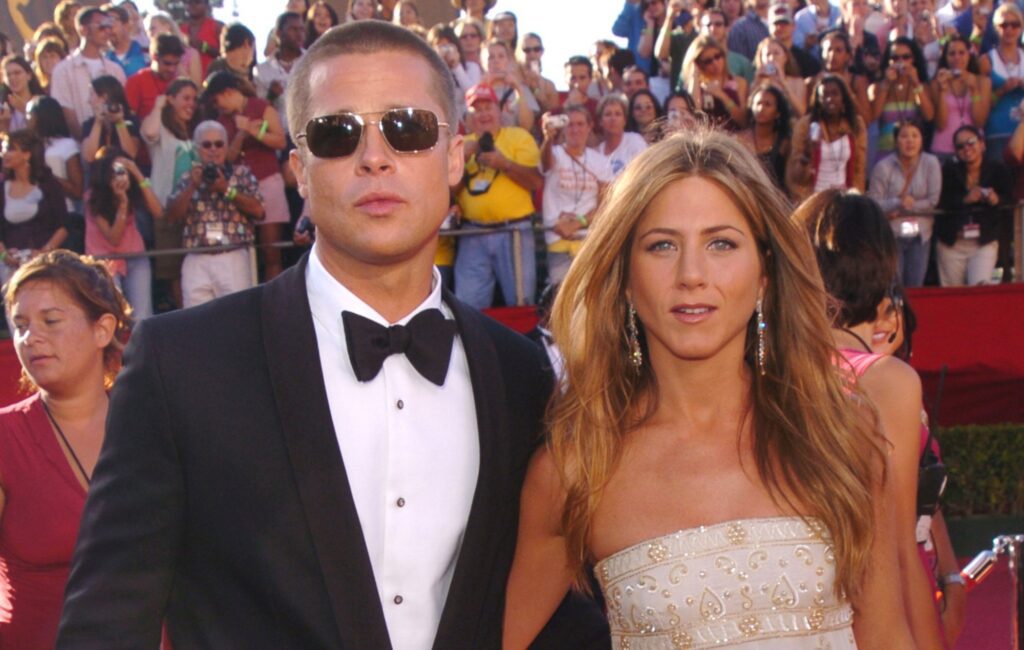 Jennifer Aniston and Brad Pitt have acted together for the first time since 2001, in a virtual table read of Fast Times at Ridgemont High.

The reading, which was announced last month, was organised in support of charities core and Reform Alliance, providing relief for those affected by the coronavirus pandemic.

Aniston and Pitt played the roles of Linda Hamilton and Linda Barrett, two teens flirting in a particularly coy manner – which the actors read over Zoom while their co-stars looked on.

“Hi Brad. You know how cute I always thought you were,” Aniston began, “I think you’re so sexy, will you come to me.”

Watch the scene in question here:

The scene, part of a daydream for Pitt, was narrated by Morgan Freeman during the table read, who said: “He walks to Linda. She reaches out and grabs him for a kiss, pulling him close. Then she pushes him away so he can watch as she carefully unstraps the top of bathing suit.

“The incredible Linda Barrett’s breasts fall loose, lord have mercy. She takes Brad’s hands and places them on her as she begins unbuttoning his shirt. They’re just about to fall into passionate lovemaking when…”

Meanwhile, Aniston recently told Deadline that the upcoming Friends reunion has been postponed once more because of the global pandemic.

The upcoming one-off special episode was originally planned for a May release to coincide with HBO Max’s launch on May 27. After filming was shut down through coronavirus, a new filming date on August 17 was confirmed.

That date has now passed, with Aniston confirming that a new date has not been set yet.