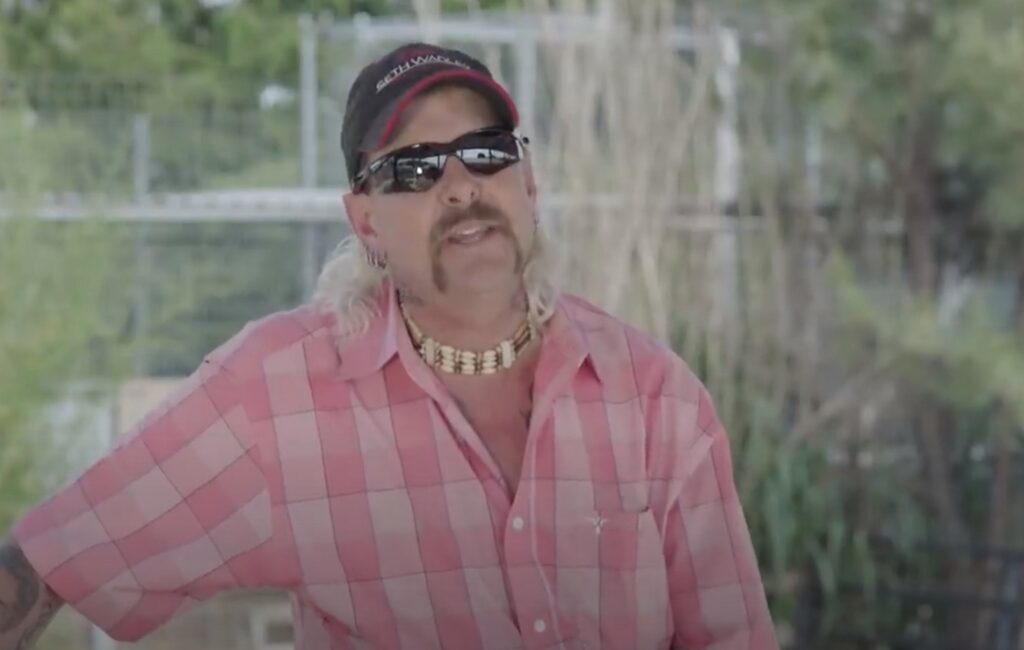 A new Tiger King documentary called Surviving Joe Exotic is set to be released next week.

Released on Netflix back in March, the docu-series Tiger King: Murder, Mayhem and Madness quickly became one of the most popular shows on television.

The seven-part series follows a number of big cat owners, breeders and conservationists in the US, but primarily focuses on the bitter feud between Joe Exotic and rival Carole Baskin.

Now, a new film that focuses on the animals who lived at Exotic’s Florida sanctuary, and those who managed to find safe havens after the eccentric zoo-keeper was arrested, is being produced by Animal Planet.

In a trailer for Surviving Joe Exotic, filmed just four months before Exotic was arrested on murder-for-hire charges for a plot to kill Baskin, the Tiger King star opens up about his infamous park in one of his final on-camera interviews.

Previously filmed for Animal Planet’s documentary, Wolves and Warriors back in 2018, Exotic is asked in the trailer why he runs the zoo. “I don’t know why the hell I’m doing this. This is definitely not one of the things you do to make money,” he replies.

However, the clip then transitions to show the many animals of the park as Exotic says – in what he appears to have thought was an off-camera moment – “These are my fucking tigers… and I’m going to sell them.”

Exotic is currently serving a 22-year sentence at the Federal Medical Center Fort Worth after being found guilty of putting out a hit on Baskin. He is also serving time for 17 other wildlife-related charges.

Last month it was revealed that Baskin has been handed control of Exotic’s zoo following court proceedings.

Baskin, who owns the Big Cat Rescue facility in Hillsborough County, Florida, was given control of Exotic’s zoo after he failed to pay her $1 million (£793,850) in copyright and trademark suits dating back to 2013.

The case, which was covered in Tiger King, was brought about by Exotic’s use of similar logos and images to those created and owned by Big Cat Rescue.

This week, Baskin issued a response after being tricked into recording a video tribute to Rolf Harris and Jimmy Savile.

The Big Cat Rescue founder posted a birthday message on Tuesday (July 14) on Cameo, after Australian comedian Tom Armstrong requested a shoutout for the sex offender.

“I am amazed at the lengths (and expense) people will go to in order to trash my reputation,” Baskin said in a statement to Metro. Of course, I have never heard of Rolf Harris or Jimmy Savile and would not have done the Cameo had I known.”

Meanwhile, a Tiger King museum is in development, hosting memorabilia which formerly belonged to the show’s star Joe Exotic, including a penis pump.