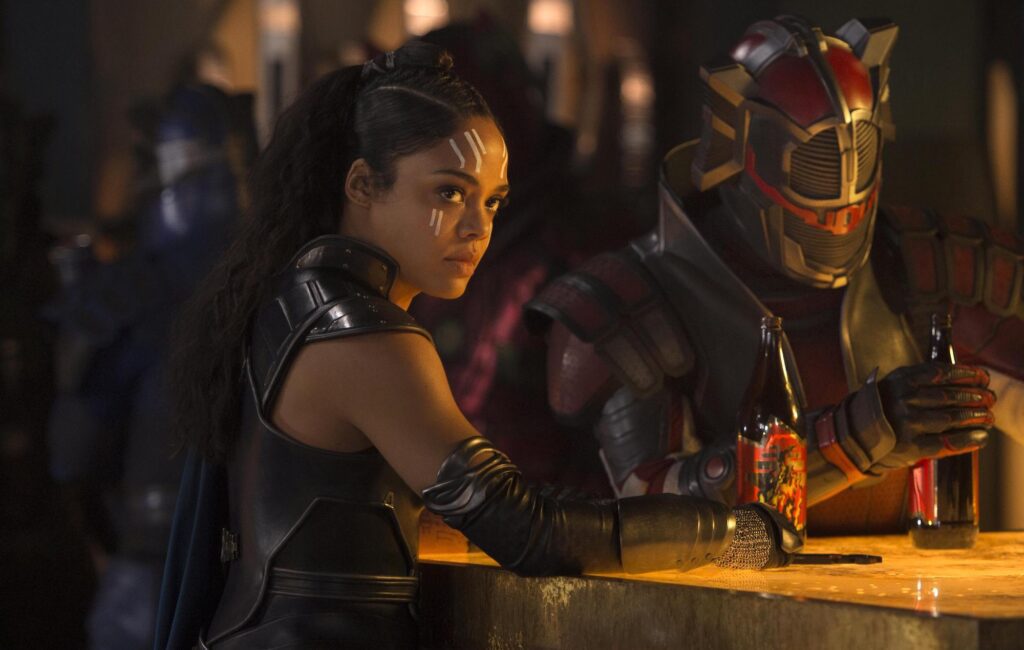 Thor: Ragnarok star Tessa Thompson has said Phase Four of the Marvel Cinematic Universe will “push the bounds” of representation.

The actor plays Marvel’s first openly LGBTQ+ character, Valkyrie. So far, she has appeared in Ragnarok and Avengers: Endgame, and is due to star in 2022’s Thor: Love And Thunder.

Speaking with Ramy Youssef for Variety’s Actors On Actors series, Thompson discussed the importance of improving representation and diversity within Marvel movies. “I think in this next phase of Marvel, we’re really talking about what representation looks like in those spaces,” she said.

She continued: “There’s millions and millions of people, particularly young people, that show up to the cinema. And I think if you can show them something that looks like them, they feel valued. Particularly inside of these narratives of the comic books, that’s what it’s all about. It’s that our differences make us special.”

Later on, she talked about how improving representation would impact Valkyrie in future Marvel movies. “I’m really excited that we’re able to continue to push the bounds of that and that I’m able to do that with Valkyrie because there’s so many cool queer characters in the comic books and they should have a place on-screen,” she explained, hinting that the character’s sexuality could be explored further in forthcoming films.

Thompson confirmed that Valkyrie is bisexual in 2017 after a Twitter user suggested she was a “typical sexless Marvel tomboy”. “She’s bi,” the actor responded. “And yes, she cares very little about what men think of her. What a joy to play!”

Thor: Love And Thunder director Taika Waititi said earlier this year he supported giving Valkyrie a queer storyline in the upcoming movie. “The IP (intellectual property) is not mine,” he said. “But with the actors, I feel whatever makes them comfortable – whether they feel like there’s a natural choice or a natural way for that character to go – then I’m pretty supportive. If Tessa wanted to do that, I’m in.”

Meanwhile, Marvel’s The Eternals, which will be released in 2021, will be the first film in the MCU to feature a same-sex kiss, as well as an openly gay couple. Actor Haaz Sleiman confirmed earlier this year that his character is married to Brian Tyree Henry’s gay superhero Phastos. “We represent a gay family and have a child,” Sleiman said.