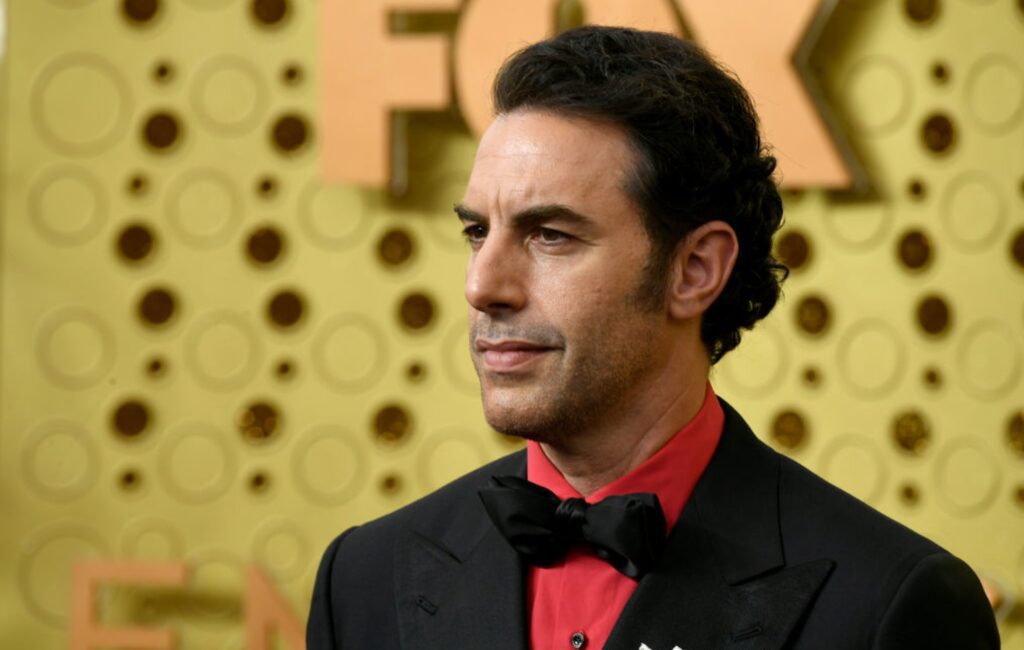 It’s alleged that the comic actor, who is known for pulling elaborate pranks, infiltrated a rally on Saturday (June 27) organised by far-right group the Three Percenters, billed as ‘March for Our Rights 3’, and took to the stage dressed as a country singer.

In footage that has surfaced from the event, the man claimed to be Cohen can be seen encouraging festival-goers to sing about injecting scientists, journalists and political figures with the “Wuhan flu.”

“Wuhan flu” is believed to be a reference to the coronavirus, which was first discovered at a market in Wuhan, China.

At one point, the man on stage also convinced the crowd to sing about journalists and how they should “chop them up like the Saudis do” – a reference to the death of Jamal Khashoggi who was assassinated at the Saudi consulate in Turkey in 2018.

You have to love Sacha Baron Cohen. He manages to get a bunch of racists to do a racist singalong!pic.twitter.com/bWOEIRBUcF

Sacha Baron Cohen’s
“journalists what we gonna do, chop them up like the Saudi’s do.”

Cohen has yet to take responsibility for the stunt, but it’s claimed by organisers that he posed as the leader of a Political Action Committee (PAC), who offered to sponsor the festival and pay for a stage and security.

Local councillor James Connor Blair said the comedian’s security blocked event organisers from removing him from the stage or pulling power from the stage’s generator. See a screenshot of his post below.

After the performance, Cohen reportedly came back disguised as a cameraman to film the organiser’s response to the stunt.

SACHA BARON COHEN CAME BACK IN A DIFFERENT DISGUISE FOR THE INTERVIEWS OF THE ORGANIZERS TRYING TO FIGURE OUT WHAT HAPPENED. pic.twitter.com/o6Ywhsiuct

Sacha Baron Cohen infiltrated the Washington 3% (local rightwing militia) event in Olympia a few minutes ago. A last-minute big donor paid to sponsor the event, and hire security… And then that security kept the organizers from getting on stage to stop Cohen. 😂 pic.twitter.com/mllLkKBcpZ

Earlier this year, Cohen hit out at Mark Zuckerberg during his appearance at the Golden Globes, accusing the Facebook boss of “spreading Nazi propaganda.”

Taking to the stage to introduce Jojo Rabbit, which was nominated for Best Picture (Comedy or Musical), the Borat comic made a barbed reference about the billionaire social media mogul.

“The hero of this next movie is a naive, misguided child who spreads Nazi propaganda and only has imaginary friends,” Baron Cohen said. “His name is Mark Zuckerberg.”