Patti Smith opens up about loss of Sam Shepard: "I miss him terribly" 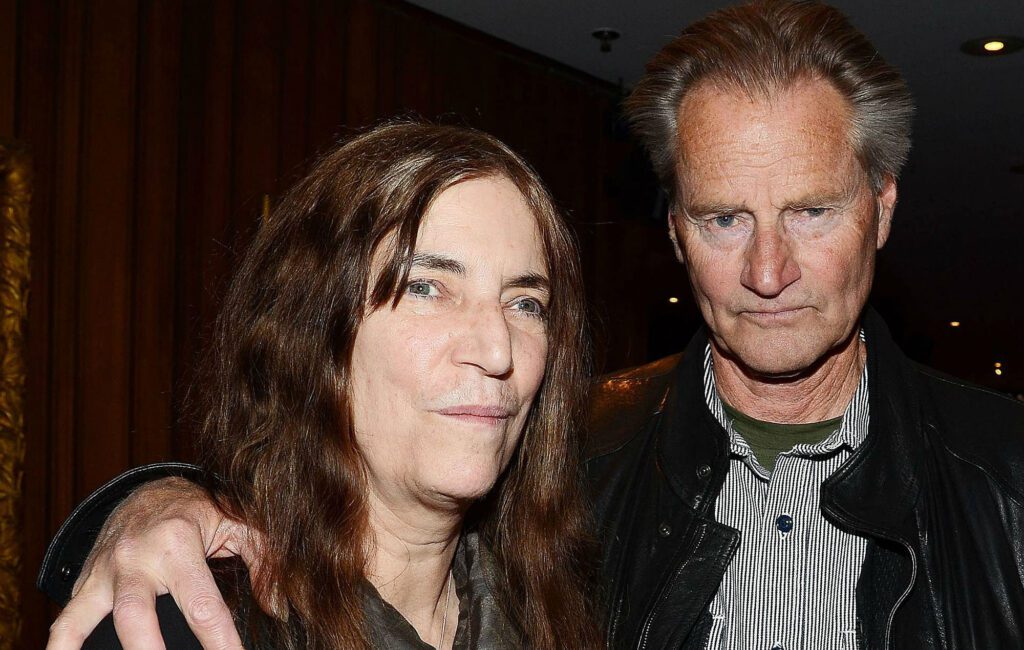 Patti Smith has opened up the loss of Sam Shepard in a new interview.

Smith opened up about the loss of her life-long friend, who died in 2017 at the age of 73, in a new interview with The Observer.

Asked about Shepard, Smith said: “I see Sam looking at me with a wry smile – he knew me so well – I miss him terribly.

“Sam was very protective, though he understood I’m pretty tough and can handle myself. We went through a romantic interlude but didn’t need that, we connected in so many ways. We trusted one another, respected each other’s work, had a similar sense of humour.

“We had an equal but masculine/feminine relationship which, at any age, is nice. He was like a friend but it was also like having a man in my life – for 50 years.”

During a long and distinguished career, Shepard received Oscar, Emmy and Golden Globe nominations for his acting, and won the Pulizer Prize for Drama for his 1979 play Buried Child. He also received a BAFTA nomination for co-writing the screenplay to Wim Wenders’ classic 1984 road movie Paris, Texas, and earned Tony nominations for two of his plays.

Some of his most notable film appearances came in The Right Stuff, Days Of Heaven, Steel Magnolias, Black Hawk Down, and The Assassination Of Jesse James By The Coward Robert Ford.

Elsewhere in the interview, Smith opened up about the impact of multiple loss in her life, also reflecting on the death of her former lover and artistic collaborator, Robert Mapplethorpe.

Smith said: “I handle the moment of loss better now, it is the long haul that is difficult. Losing Robert was an enormous blow and took longer to process but I was younger. Yesterday, coincidentally, I missed him – all of a sudden – so much.

“I missed talking to him about art, the things that were bothering me, and just laughing. Some days, certain people – it becomes almost unbearable that they’re not here.”

Earlier this month, Smith and Soundwalk Collective released the third and final album in their ‘Perfect Vision’ trilogy.