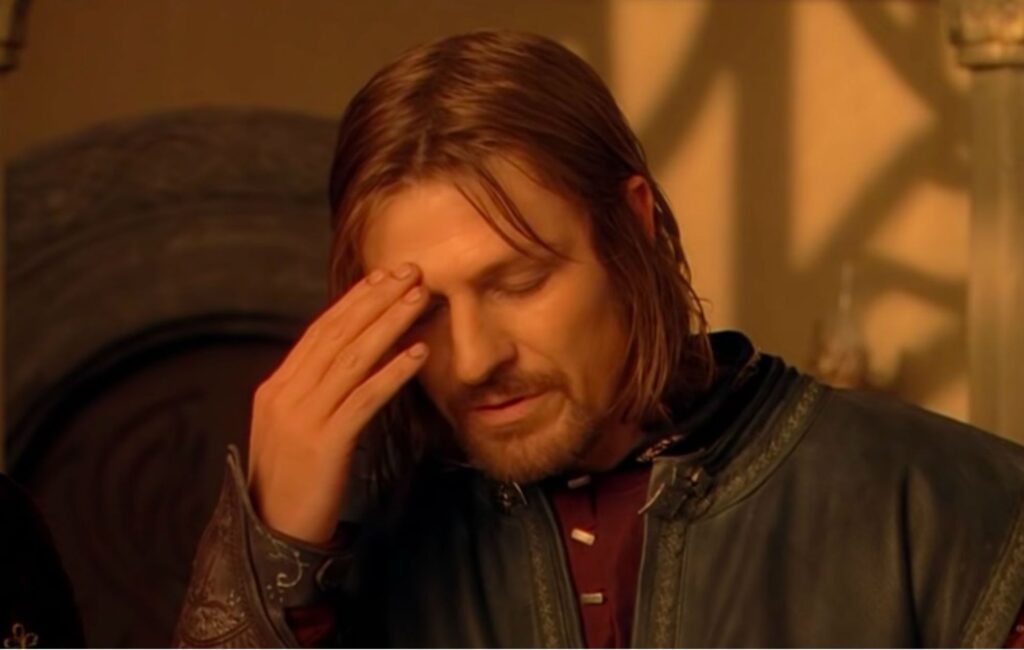 The moment in the first movie The Fellowship of the Ring – which sees character Boromir declare “one does not simply walk into Mordor…” – has become one of the biggest internet memes over the last two decades.

During a cast reunion for Josh Gad’s Reunited Apart series, Jackson admitted that the speech was actually written at the last minute.

“That entire speech that Sean had to deliver at the council of Elrond was written the night before,” he explained. “We gave it to Sean the morning he arrived. What Sean did, which I thought was very clever, is he got a print-out of the speech taped to his knee. When he did that scene, you’ll see.”

He then imitated Bean’s head sinking into his hand as seen in the meme, admitting that was actually him checking his script.

During the 50-minute chat, they also recreated some famous scenes from the trilogy and reflected on their memories of filming.

The reunion was held to raise money for No Kid Hungry, a charity which is aiming to end childhood hunger.

Earlier this month, Serkis took part in a livestream read-along of The Hobbit for charity.