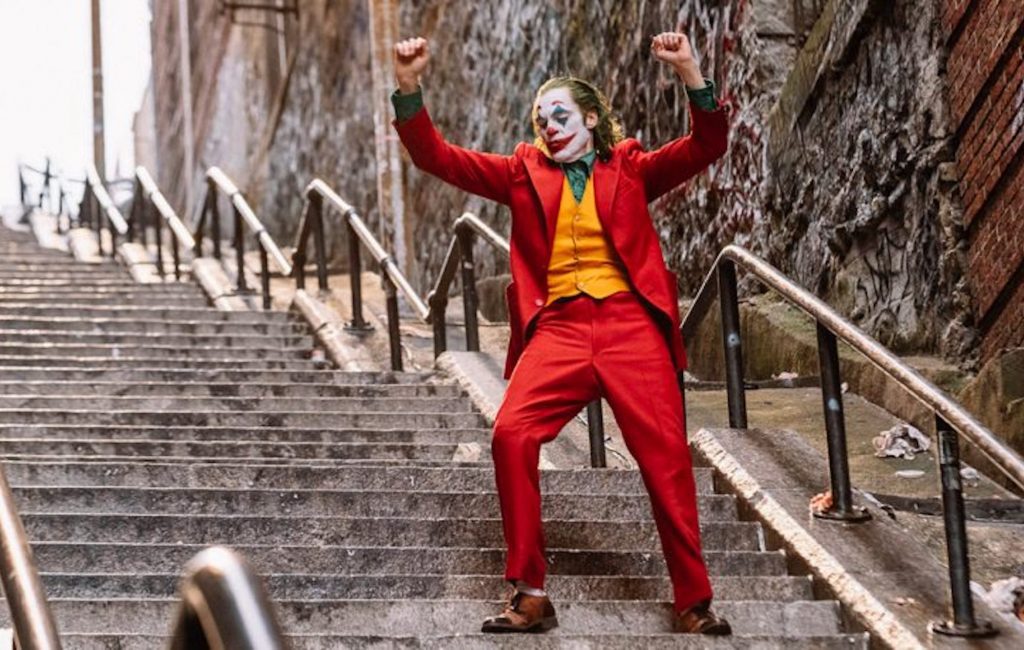 Joker director Todd Phillips has shared a new photo from the set of last year’s film.

The filmmaker, at the helm of the new take on the comic book character starring Joaquin Phoenix, posted the photo on his Instagram account yesterday (July 12).

“Weekend. Although at this point, what’s the difference? Stay safe,” Philips’ caption read under the new picture.

Take a look at the photo below:

Weekend. Although at this point, what’s the difference? Stay safe.

The image is taken from a pivotal scene from the film, in which Joaquin Phoenix as Arthur Fleck/the Joker dances down a set of steps in New York ahead of the film’s climactic final sequence.

The scene, set to Gary Glitter’s song ‘Rock and Roll Part 2’ which then morphs into the score composed by Hildur Guonadottir, is often considered by fans to be the film’s most impactful moment.

Watch the full scene below:

Joker was nominated for 12 Oscars at this year’s Academy Awards, including Best Picture, Best Adapted Screenplay, Best Director and Best Makeup and Hairstyling.

Guðnadóttir previously said that Phoenix had told her that the music “was a key part in the process” of finding the transition between Arthur and Joker.

“They shot large parts of the movie to the music,” Guðnadóttir explained. “There are some scenes that didn’t exist in the script that are just Joaquin responding to the music.”

In a five-star review of Joker, NME said: “Joker is an instant classic that sees Joaquin Phoenix translate a discombobulating sensation from the screen to your senses, while director Todd Phillips creates a melancholic psychodrama punctuated by splashes of shocking violence.”