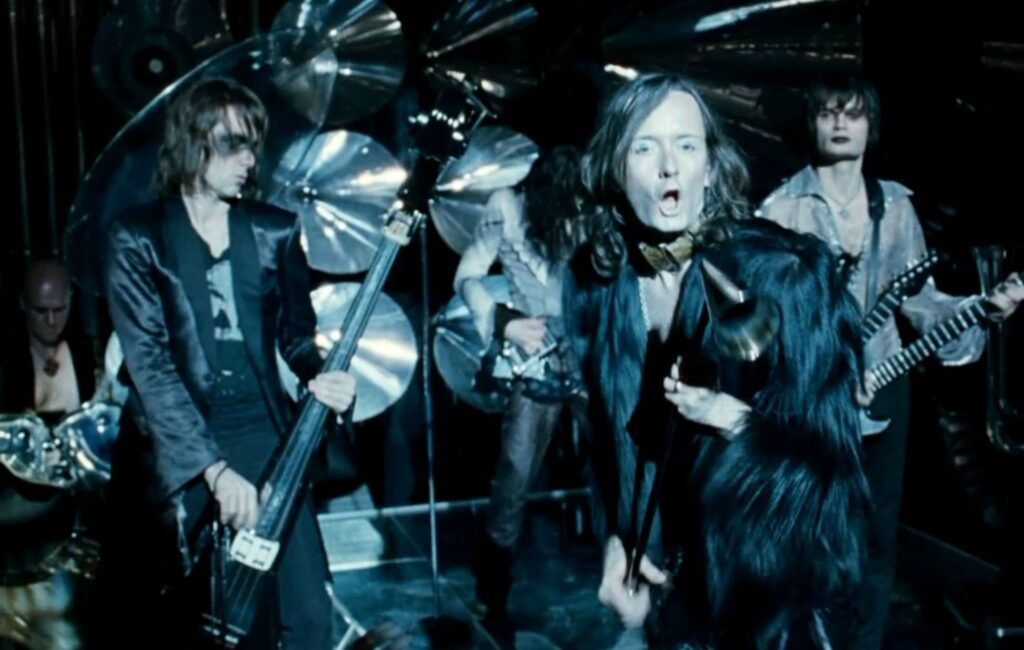 Jarvis Cocker has discussed his cameo in the fourth Harry Potter film, revealing that he chose his own wardrobe as he wasn’t a fan of the clothes given to him.

Cocker performed at the Yule Ball in Harry Potter and the Goblet Of Fire as part of fictional band The Weird Sisters alongside Radiohead‘s Jonny Greenwood and Phil Selway.

Speaking to Stereogum in a new interview, Cocker spoke about how the opportunity arose, and how he ended up taking matters into his own hands.

“There’s the big Yule Ball scene so the word went out asking people to write songs so I submitted and they liked it,” the Pulp frontman explained.

“I thought they were just going to have the song playing in the film, then they asked me to be in it. We put a supergroup together — Johnny Greenwood, Phil Selway. Even though it’s a very short scene in the film, we were on the set for two or three days. We were paid to sing on stage with all these extras screaming at us as if we were the Beatles.”

Discussing the concept behind his glam-rock look in the film, Cocker added: “They showed me some costume designs and I wasn’t keen on them so I went to some shops in Paris that I knew and bought some outlandish clothes.

“My character in the film is called Myron Wagtail. Somebody told me they went to the Harry Potter Experience in London and there are drawers with wands for every character. I’m on there! I’m basically a wizard.”

Jarvis Cocker recently launched his own new band, JARV IS…, which NME called “a rave reinvention for the end of days” at a recent intimate London show.

The band will release a debut album called ‘Beyond The Pale’ next week (July 17) via Rough Trade.