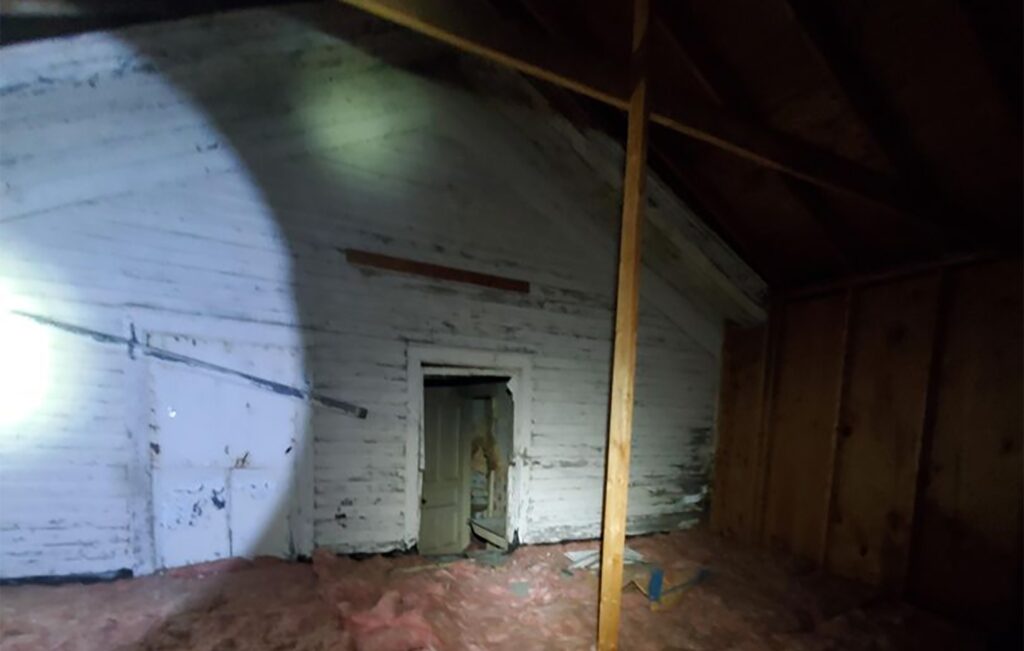 A homeowner has shared photos of a secret and decaying house within his attic.

Reddit user u/CatchingWindows, believed to be in the US, first said “There’s a house in my attic.”

He then added as a disclaimer with the pictures, “Coz people keep asking, it was a store where the owners lived upstairs.”

“I believe someone told me it was Carl’s market,” the explanation continued. “But it was turned into a church. I’m guessing the church owners didn’t want to bother with knowing it down so they just built around it.”

The user says he found “junk, old cabinet, a tire, a hat, a toilet and a sink” in the attic, and added “Dirt. Lots of dirt. And spiders. The only way out of the attic is through a small square hole, so extra scary.”

There’s a house in my attic… from interestingasfuck

The attic is said to contain several rooms, unbroken glass windows that have been since covered up, a toilet dating back several decades, and a bathroom sink.

In response to the photos and explanations regarding the secret attic, one Reddit user said in response: “Your attic house looks like a beginning to a horror movie.”

One user asked if Pennywise the clown, from Stephen King’s It lived in the attic, to which the owner said: “No I’d guess Satan lives there because it was over 100F up there.”