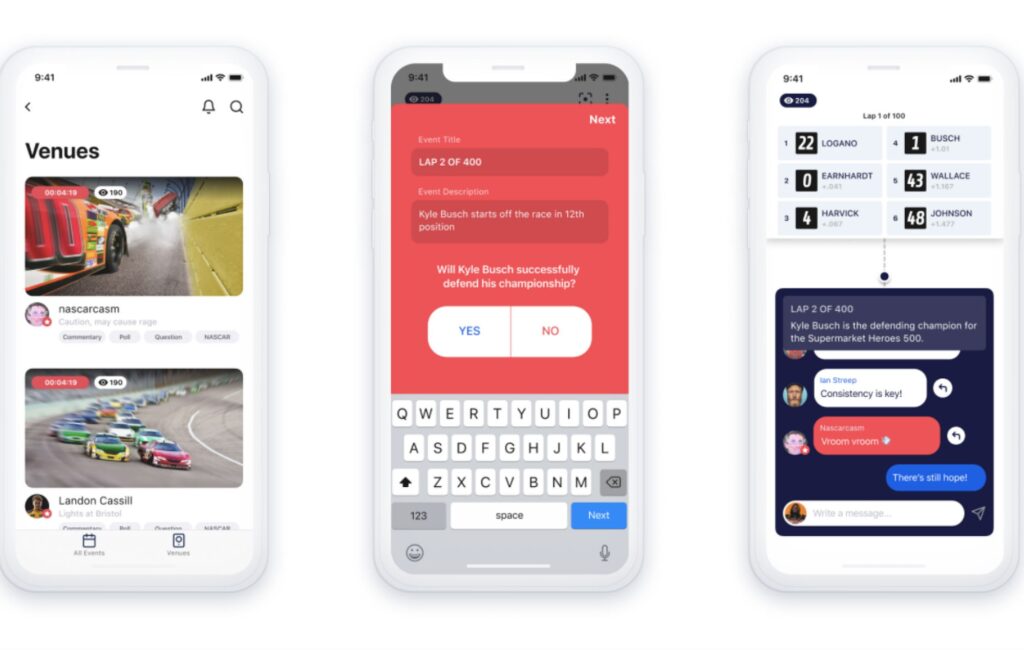 Facebook has launched a new app that acts as a second screen for fans to comment on live events and engage with others watching.

Venue, described as “the companion app to live events”, arrives days after Facebook announced Collab, a short-form music video app that allows users to overlay up to three recordings at a time to create remote musical collaborations.

The new app, developed by Facebook’s new product experimentation team (NPE), will allow for expert commentators to host an in-app “venue” for any given event in which they can provide commentary, post interactive questions and polls and initiate short chats around specific moments. Experts are suggested to range from journalists, artists and athletes to aspiring “fan-analysts”, reports IQ.

According to Facebook, the idea is to prevent users wasting time “scrolling or searching to find the exact moment everyone is reacting to” and instead be able to locate instances more efficiently.

Fans can join multiple “venues” to get different perspectives on the same event and notifications are sent out when a new “moment” is created.

Venue partnered with the National Association for Stock Car Auto Racing (Nascar) for its debut event alongside the Supermarket Heroes 500 race. The app is available on iOS and Android in the US.