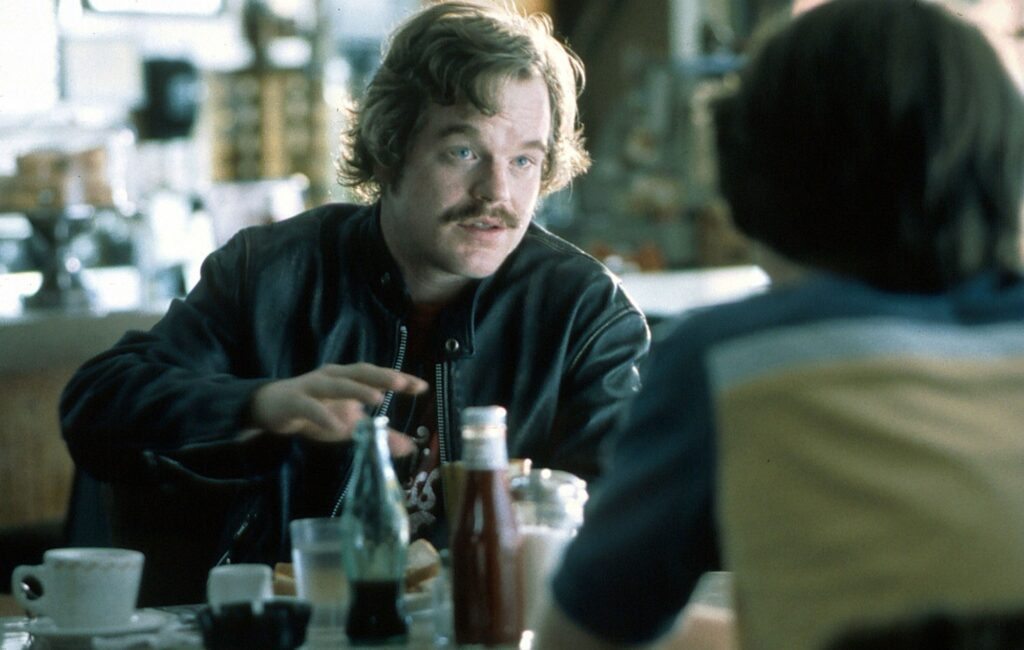 The actor, who died in 2014, played acclaimed music critic Lester Bangs in the film which was based on Crowe’s own early experiences as a young music journalist for Rolling Stone.

In a new interview with The Independent, Crowe recalled Hoffman’s performance saying “as brilliant as you think he is, he was more” and described the late actor’s death as an “enormous loss.”

Crowe revealed: “Phil Hoffman was sick with the flu when he shot his scenes. He had earbuds in almost every minute on set…what a gift that he played Lester. Lester would probably agree. They had a similar world view…and both burned brightly…two comets streaking across the sky.”

Patrick Fugit, who starred as young journalist William Miller in the film (and who was based on a young Cameron) also revealed more about his time with Hoffman on set saying he was  a “little intimidated” by the actor at first.

He said: “He had a more ‘hard knocks’ type of energy around me…He was like, ‘Where have you trained? You’re just some kid from Utah, huh? You’re in the real s*** now – you’ve got to step it up and earn your spot here’. He also had a talk with me about how the art of film-making was dying.

“It echoed what Lester was telling William about the music industry at the time. He was like, ‘You know we’re at the very end of the golden age of film-making, and soon we’re not even going to need actors because they’re going to animate everything.’ And I was 16, on set and living my lifelong dream of being an actor professionally, and he’s saying all this. I was like, ‘Wait no, I just got here.’”

Fugit also recalled how Hoffman helped him on set when he was struggling on set whilst filming in a bright light.

“Philip stopped a take and he was like, ‘Hey man, you can’t even keep your eyes open. What’s going on?’ He was like, ‘No, don’t be sorry. Can we bin that light?’ Then him and John Toll, a very masterful cinematographer, had a terse exchange.”Basically, he did it to stand up for me, but he also did it as an example to show me, ‘Hey, if you are having trouble doing something, you’ve got to speak up for yourself.’”

Back in May, it was revealed that the cast of Almost Famous are reuniting for the film’s 20th anniversary on James Andrew Miller’s ‘Origins’ podcast.

Those lined up so far include cast members Fugit, Kate Hudson, Billy Crudup, Frances McDormand, Jason Lee, Zooey Deschanel, Jimmy Fallon and Peter Frampton. The film’s composer Nancy Wilson is also set to appear alongside Crowe, who is expected to discuss the film’s semi-autobiographical origins.In a teaser trailer released on May 13, Miller reveals interview clips from the show, including one with Crowe.

Released in 2000, the film tells the story of teenage journalist William Miller – based on Crowe – who goes on tour with fictitious rock band Stillater as he tries to bag his first Rolling Stone cover story. Director Crowe wrote for the magazine in his youth and is said to be based on his time touring with bands including Led Zeppelin and The Eagles.