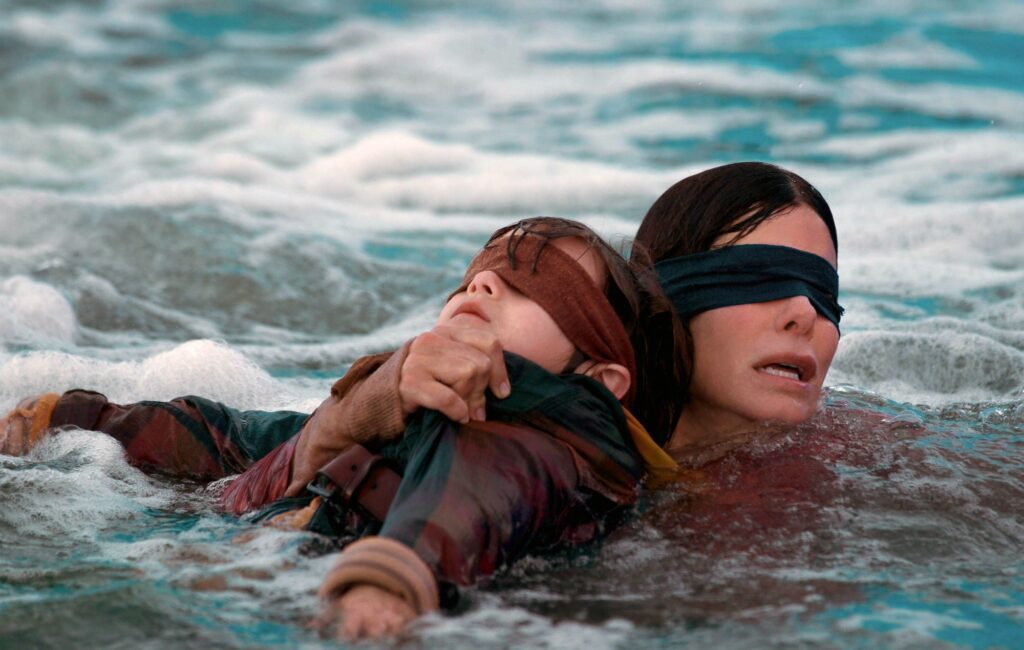 A sequel to the hugely popular 2018 film Bird Box is in development, according to the novelist whose work inspired the original movie.

Josh Malerman’s 2014 post-apocalyptic novel was adapted by Netflix for a feature-length film which starred the likes of Sandra Bullock, Trevante Rhodes, John Malkovich, and Machine Gun Kelly. The movie was a huge hit upon its arrival to the streaming service, where it achieved the best first-week viewing figures of any Netflix Original film in history.

The movie follows Bullock as she navigates the world after an ominous unseen presence drives most of society to suicide. This other-worldly entity shows the victim’s their worst fears and drives them to the point of insanity. In order to survive, people must wear blindfolds so the “creatures” are unable to possess them.

In a new interview, Malerman has revealed that a sequel film is in the works. “I can’t say much, but I can say that it is in development,” he told Inverse. “Sometimes it’s weird, all this secrecy, but I’m game.”

Even though plot details remain unclear, Malerman hints that the new movie could come from the synopsis for the sequel novel, Malorie, which is due to be released later this month.

The upcoming novel is set 12 years after the events of the original, which would mean that the children in the movie will now be teenagers.

The book’s synopsis also reveals that the monsters in the original have “changed into something even more frightening.”

It’s not yet known whether Bullock will commit to staring in the sequel.

Meanwhile, a producer for The Matrix has revealed that Sandra Bullock was offered the role of Neo in the 1999 sci-fi epic.

The part, played by Keanu Reeves, was presented to Bullock after the team failed to cast an A-list actor for it. In a desperate bid to secure a leading star, the producers changed Neo to a woman and hoped that Bullock would take the job.