With everyone sequestered and self-quarantining due to the coronavirus, we’ve asked our favorite artists to come up with playlists that keep you entertained. Here are Texas-based Southern rockers Whiskey Myers:

This playlist is filled with songs that have been keeping us going during the quarantine, whether just to relax or to inspire our own creativity. We hope this music helps carry y’all through this tough time until we can get back to rocking together again soon!

“Quit Hollerin’ at Me” – John Prine
I had been listening to this song pretty regularly before the passing of Mr. Prine. Such a terrible loss. A necessity for the playlist! – John Jeffers, guitar

“Stone” – Whiskey Myers
It’s such a special moment when we get to this song in our live shows. The fans hear those first few notes on the piano and they lose their mind. I miss that feeling. – Tony Kent, percussion

“S.O.B.” – Nathaniel Rateliff & The Night Sweats
With all the mess going on in the world today, I agree with Mr. Rateliff. Need a beer! – John Jeffers, guitar

“These Days” – Jackson Browne
I felt like the lyrics in this song almost directly parallel what it’s like staying at home and not seeing or talking to people during this pandemic, even though that’s not what it’s about. – Cody Tate, guitar

“Prop Me Up Beside the Jukebox (If I Die)” – Joe Diffie
God Bless Joe Diffie. – Cody Tate, guitar

“Bury My Bones” – Whiskey Myers
I wrote this song when we were touring Europe and it felt like we might never get home again. I basically said, ‘if I die out here you better take my ass back to Texas.’ Now that we’re stuck at home I miss being out there on the road! – John Jeffers, guitar

Getting’ By – Jerry Jeff Walker
I mean it’s Jerry Jeff Walker! That should be enough, but if you need more, it’s a wonderfully happy song about making due with what you have and what life throws at you. Great message in times like this. – Cody Tate, guitar

“John Deere Green” – Joe Diffie
This, and the John Prine song that follows, are two great songs by two great artists and songwriters who lost their lives due to COVID-19 so I thought it was important to include them. – Cody Cannon, vocals

“The Damn Truth” – Chris Knight
This is just a song that I think perfectly describes the world we live in today. – Cody Cannon, vocals

“Money” – Broken Witt Rebels
They went on tour with us in the U.K. and when I listen to this song it reminds me of the first time I saw them live. – Wes Gibson, guitar tech

“Ballad Of A Southern Man” – Whiskey Myers
This is probably the biggest song of our career so far. Fans sing every word of it at our live shows and it really helped put us on the map musically. This will always be a special one. – Cody Cannon, vocals

“Oh No” – Goodbye June
First and foremost, I’ll admit Goodbye June is my favorite band out right now and they put out amazing rock and roll. This song is the ultimate motivation, pump you up to never give up. – Naga, monitor engineer/stage manager

“Better in the Fall” – The Steel Woods
Another one of my favorite groups. Straight up southern rock. I certainly hope that we are all better by at least the fall, if not sooner! – Naga, monitor engineer/stage manager

“Lonely” – Devon Gilfillian
This song right here should be the anthem for anyone out there going through this crisis alone. A great mix of soul, gospel, and pop with the perfect message. – Naga, monitor engineer/stage manager

“Together” – Brother Band
A beautiful song that I thought the world would love to hear right now. I think the lyrics are more about being with that one special someone, but I look at it more like being together with everyone – my friends, family, my band, our fans. – Naga, monitor engineer/stage manager

“Supersonic” – Oasis
I can’t listen to this song and not feel cool. Some call it Britpop. I call it proper Rawk’N’Roll. – Tony Kent, percussion

“Runaway” – John David Kent
A song off my brother’s first record. Our bass player Jamey and I were his rhythm section. It’s a fun song to play and to listen to, with a great singalong chorus. – Tony Kent, percussion

“Kentucky Gold” – Whiskey Myers
I wrote this song with Aaron Ratiere and Dave Kennedy for our most recent album. They’re both so talented and it’s a song we don’t play as often as some others, so wanted to give it a moment to shine here! – Cody Cannon, vocals

“Do It Again” – The Beach Boys
My favorite band. A feel-good song that makes me think of summer. – Tony Kent, percussion

“Take It Or Leave It” – The Strokes
Probably my favorite band of the 2000s. Their debut album is just what rock’n’roll needed when it came out in 2001. – Tony Kent, percussion

“I Am the Highway” – Audioslave
This is the song that just hits me right in the feels every time I listen to it. One of those you can listen to in any mood and just find your way. – Khris Poage, photographer/videographer

“Gasoline” – Whiskey Myers
This was the lead single off our new album, WHISKEY MYERS, and it got to Top 20 at rock radio completely independent which was really validating for us as a band. – John Jeffers, guitar

“Over the Hills and Far Away” – Led Zeppelin
Just a song that makes everything feel okay. – Khris Poage, photographer/videographer

“Gone Away” – The Offspring
This is a song that always happens to play on the bus before we go on stage, so it takes me back to the good times before the pandemic happened and it reminds me of all the kick ass times we’re going to have when we’re back on the road again! – Khris Poage, photographer/videographer

“Refugee” – Tom Petty and the Heartbreakers
This seemed fitting because of its chorus, and it’s just rock and roll! – Chris Alexander, tour manager

“Die Rockin” – Whiskey Myers
I wrote this song with the legendary Ray Wylie Hubbard and it really sums up this rock and roll life of ours. We’re consumed by music and are such fans of the legends that came before us, so when we’re out there on the road or recording in the studio, we’re trying to pay homage to those greats that have inspired our generation while we strive to create some magic of our own. – Cody Cannon, vocals

“The Way I Am” – Merle Haggard
This is my favorite Merle song and it makes me think of how great life is going to be when the pandemic is over. Makes me happy! – Chris Alexander, tour manager 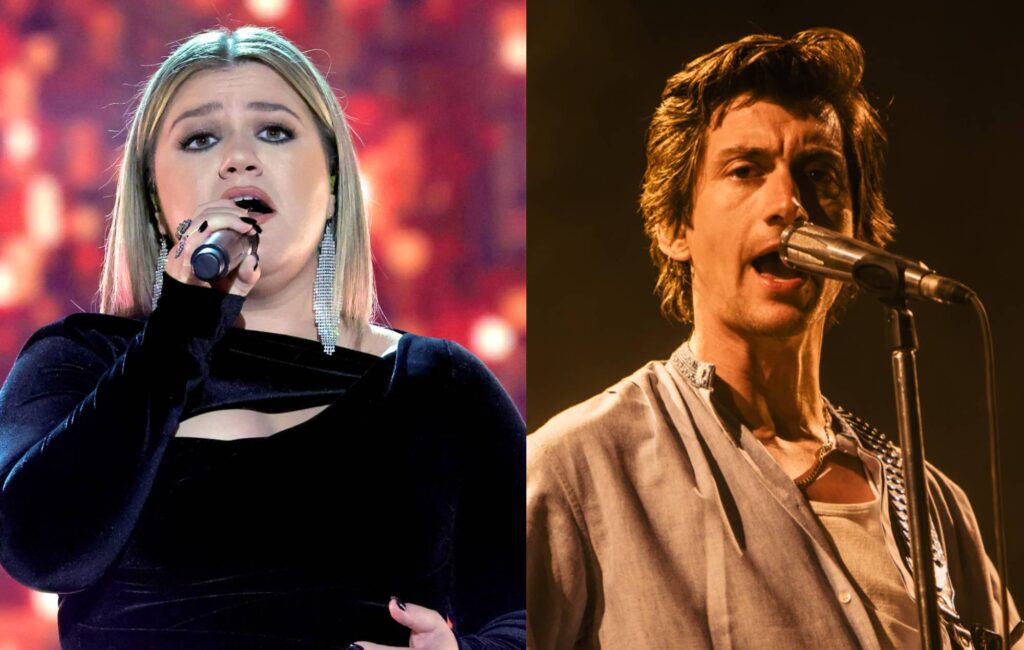