'We Were a Disaster': Jason Isbell Discusses the Making of <i>Reunions</i> 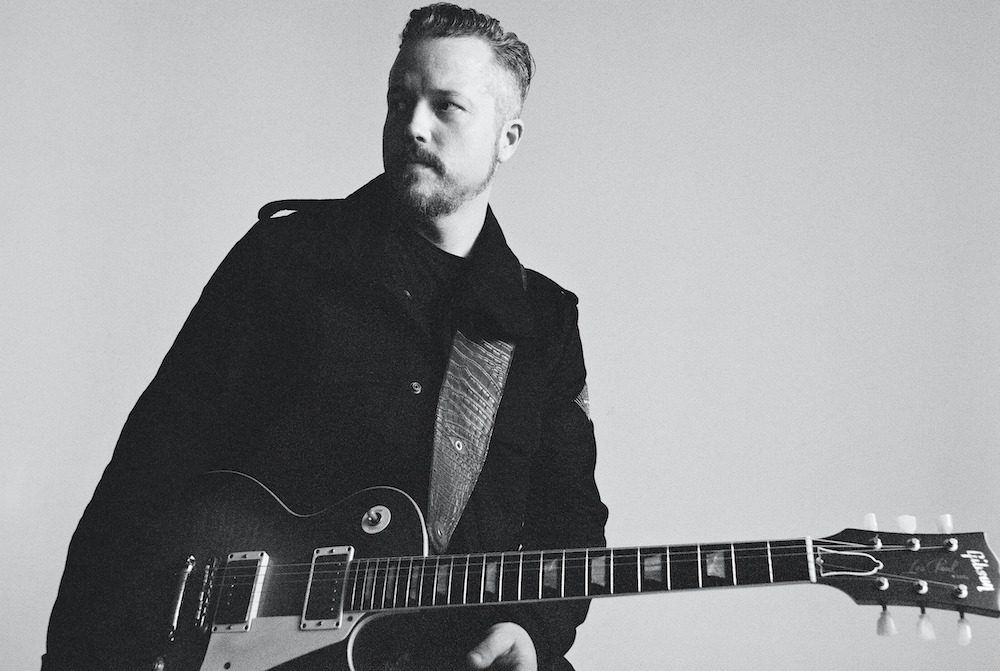 There will come a time, probably not too long from now, when someone will turn to Jason Isbell and the 400 Unit’s album Reunions, see that it was released in 2020 and come to the reasonable conclusion that it was a response to the breakdowns, devastation and (hopefully) eventual reawakening from a global pandemic.

To that person, Isbell’s latest release, out on May 15 on his own Southeastern Records — after dropping exclusively at independent record stores a week earlier, an idea Isbell conceived to help keep those precious operations afloat — seems to be saying: “Where have you been?”

Isbell (who, of course, wrote and recorded the album long before the world broke) acknowledges the prescience that comes through on so many songs from Reunions, but notes that he just pointed his pen at the same subjects visible on his prior releases, most notably 2017’s The Nashville Sound.

“It wasn’t like we were cruising along, and everything was great, and then this virus hit, and our country was shut down,” Isbell tells SPIN over the phone. “We were a disaster, and the virus hit, and I was writing about the fact that we were a disaster. I think that really, to me, means that, had the virus not come along, the songs would have meant the same thing to the people who were paying attention. Now there’s just more people who are forced to pay attention to the fact that we have a whole lot of cracks in the sidewalks.”

These themes have long been ubiquitous in his writing. Now 41, Isbell was born to teenage parents, then beset for years by alcohol and drug addictions that wrecked his time with the Drive-By Truckers and had him on a frightful path. He was nursed to sobriety by his then-girlfriend/now-wife Amanda Shires and has used the eight-plus sober years to become a better man, a caring husband and a doting father to his 4-year-old daughter. The clearer head makes it easier for him to see what’s around him, and he has plenty to say about it. “Man, I just want to be honest,” he says. “Writing these songs for me is just a technique to be heard. And to be seen. And people do all kinds of crazy shit for that reason. People have murdered other people because they’re not paying attention to them. That may actually be the leading cause of murder over time. I don’t know. But all I have to do is write a song, and then people will listen to what I have to say. So I’m very fortunate in that.”

Isbell refuses to drift along; his pen is pointed as ever. Honest, intense, admonishing and yet simultaneously forgiving, the songs on Reunions share a pain that feels exceptionally current, and the irritation rooted in how everlasting it proves to be. The ditches and ghosts we’ve come to expect in the Alabama native’s work are all there, and they presciently match the moment at hand and the tasks in front of us. Reunions are about looking back; the songs on Isbell’s album open your eyes to what you missed the first time around. It isn’t that Isbell seeks to write about pain and sadness, and part of his talent is how many of his songs about devastatingly serious subjects sound so damn pleasant to the ears. (In that vein, it’s easy to see the influence that John Prine, who died in April due to COVID-19, had on his career, particularly on new songs such as “St. Peter’s Autograph” and “It Gets Easier,” both full of the inside jokes and layered lyrical constructions that Prine perfected.) Isbell fundamentally refuses to be dishonest with his thoughts or his writing. As he sings on “Be Afraid,” a searing yet discouragingly evergreen track off the new album, “If your words add up to nothing then you’re making a choice to sing a cover when you need a battle cry.”

“It’s easy to look the other way,” he says. “But you have to actually make that decision. If you don’t choose to avoid those topics, then they will come into your work. Especially if you’re practicing the kind of awareness than an artist should practice.

“I think it’s impossible not to be frustrated and desperate and afraid right now, for everybody. If you’re somebody who tries to put your own emotions down on a piece of paper without sugarcoating it, then that’s going to find its way into your work every single time.”

This isn’t about politics, Isbell is quick to point out. He’s political, sure, and he’ll proudly stump for Democrats such as Sen. Doug Jones in Alabama. But politics, he says, is just about who’s in power and when; it’s not why he stands up for causes such as equality and justice and fairness, supporting women artists and workers of all backgrounds. When you call it politics, he says, you’re trying to make the message small, to give people who don’t fall on your side the opportunity to dismiss you. All he’s doing is looking out the window and seeing a society that should be better.

“I’m not writing songs about Roberts’ fucking Rules of Order,” he says. “I’m writing songs about how people treat each other.” He hasn’t, as he sang on the 2003 song “Outfit” with the Drive-By Truckers, ever worried about losing his accent; rather, his Southern roots, and a genre-bending oeuvre that — as ever on Reunions’ tracks — spans rock, country, bluegrass and almost every other musical class, manages to make the message that much more accessible and resonant. He seeks to sing of beauty and positive anchors; you have to do the work yourself sometimes to figure out what he’s really saying.

On “It Gets Easier,” he offers a tune of forgiveness. Isbell takes an honest and sympathetic view of sobriety from years down the road, reaching a crescendo with the message that “It gets easier, but it never gets easy. I can say it’s all worth it, but you won’t believe me.” It’s one of several songs that are borne out of autobiography and highlight the differences between judging actions and judging character, while also fully demanding that you ask yourself the same questions the narrator is, whatever your own history.

“I do think folks who have been sober for a few years will look at that and think, ‘Well, somebody’s written something for me,” he says. “And that’s a pretty good thing for a song to do.” But Isbell likely couldn’t have written the truths of “It Gets Easier” in the first moments of sobriety, when the questions of the album’s leadoff track “What Have I Done To Help?” would have had far different answers. At the time, he says, “I don’t think it was necessarily wise for me to look too hard at the positive parts of who I was before I got sober. Because it was a little bit risky. I didn’t want to turn back into that guy. But now, with the hindsight and the time, I feel like I can reunite with that person and be all right with him.”

The trick, no different from the underlying message of “It Gets Easier” — and of more than 20 years in the industry, the last eight-plus of them clear-headed and clear-eyed — is to lean on your influences and embrace whatever mistakes you make in trying to emulate them. “And then you wind up with something that’s your own,” he says. “Kurt Cobain was trying to sound like the Beatles. And he fucked that up really, really badly. And then he decided to continue to fuck that up in the same way. And that’s where the genius happened.

“A real challenge, I think, is when you’re going from developing artist into a true artist, is forcing yourself to continue down a path that might have begun as a mistake.”

Each of his previous three albums was celebrated in its own way, but never had Isbell broken through into the world of popular hits like he did with the song “Maybe It’s Time” from the 2018 film A Star Is Born. For the fiercely independent composer, the experience of working on the song was much more positive than expected, mainly because director/star Bradley Cooper used the song exactly as he wrote it, forcing no compromises that would have driven Isbell crazy. But for all the song’s massive success (he once joked on Twitter that he could finally answer “probably so” to a hypothetical seatmate on an airplane wondering if they had ever heard any of Isbell’s songs), Reunions shows that it didn’t change his ambition in any way.

Would his life be different if he dropped some of the rebuking nature of his music? Maybe, maybe not. But Isbell, who, it should be noted, has a shelf full of awards, up to and including a handful of Grammys, isn’t looking to find out. He hasn’t begun writing a follow-up yet, but he says that when he does start, it’s obvious that the disruptions of these past few months will enter into his new songs because that’s going to be what he’s seeing outside his window.

“My goal is not to sell millions of records,” he says. “If that happens — which that will probably never happen to anybody ever again — if I ever enter the mainstream through some back alleyway, I will be fine with that. I can handle that. I’m not a kid anymore, so I can handle that kind of thing. But that’s not the goal. The goal is just, to be honest, and make music that I enjoy and music that’s reflective of the person that I am.”