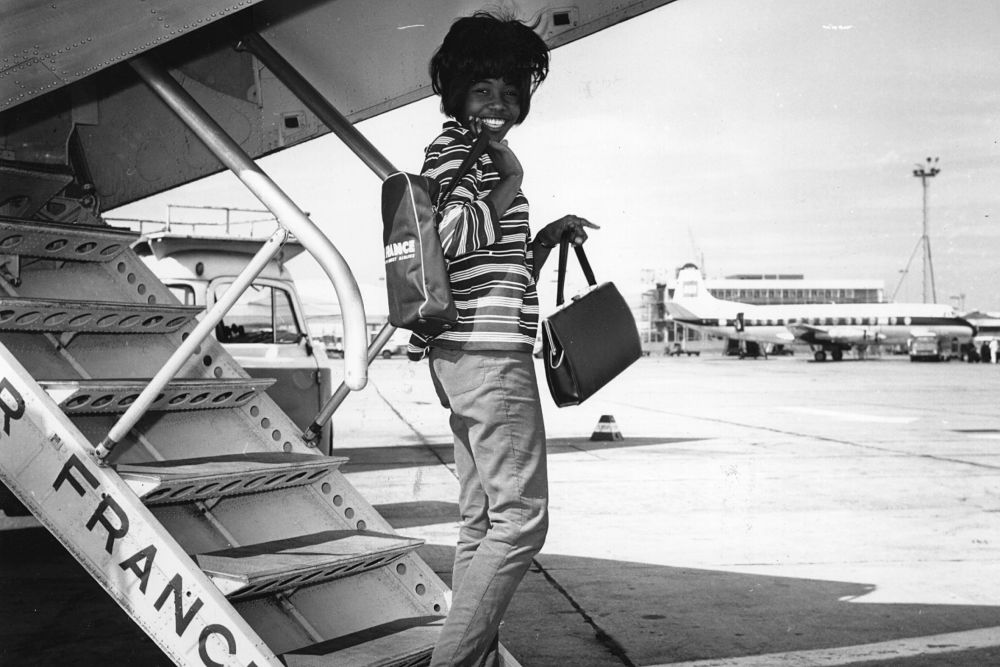 In 1964, in more or less about to be Swinging London, “My Boy Lollipop” made sense. It was a love song, it was a pop song, Shirley Bassey couldn’t have sung it, and that was pretty much the pop demarcation point then. It was bouncy, catchy, gloriously silly and earnest; everywhere you went you heard it because it was always on the radio and there was only one radio station that played pop music at the time, BBC radio, and one nascent, unlicensed pirate radio station, Radio Caroline, that started up the same year but wasn’t yet prevalent.

For a nine-year-old boy totally uninterested in music in those days, on the grounds it wasn’t round and you couldn’t kick it, “My Boy Lollipop” was revelatory. First of all, it’s omnipresence can’t have been unique because all pop hits were as much a part of the aural English background as the wind, although it was the first time I noticed a song’s ubiquity. It wasn’t even the number one song at the time, peaking on the British charts at No. 2. But I remember it vividly, momentously, and I remember its theme of love and desire and some as-yet-unknown unbridled excitement was a first peal of a distant bell of my own pleasures and miseries being prepared, being packed in some celestial warehouse and scheduled for delivery a few years hence. The song, whose singer the one-and-a-half hit wonder Millie Small just died, was a worldwide hit and, for a while, made her a worldwide star. Small had another song penetrate the Top 40 later that year, “Sweet William,” which reached No. 30, but after that, she faded from the public eye and consciousness, only resurfacing like driftwood brought to shore in trivia contests and the occasional refracted mention in some feature or other about pop music or the detritus of the ‘60s.

She gave up making records in the ‘70s and moved to Singapore. In the late ‘80s, an article reported that she was poor and living in a hostel with her-then three-year-old daughter Jaylee. In a 2016 interview, Small declared: “I focused on being a mother when my daughter was born, and since then I’ve been happy living a quiet life, sleeping and dreaming and meditating.”

Small was born in Jamaica and discovered as a teenager by the legendary founder of Island Records, Chris Blackwell, who convinced her parents to let him take her to England to record and produced “My Boy Lollipop,” one of his first big hits co-incidentally. As Emily Tan pointed out in her excellent obit here, Small was one of the first to bring the novel sound of ska music to wider audiences. In a way, she was a Godmother to UB40 and other wondrous if, sadly, mostly ephemeral practitioners of the craft. In 2011, the country of her birth awarded her the Order of Distinction as Commander, for “her contribution to the development of the Jamaican music industry.” That contribution was both tiny — one boppy song — and mighty because, like only the best pop songs, it was great and is eternal, as hopeful and innocent and no doubt doomed today as when she first opened her mouth to sweetly sing it.

Perhaps oddly, she never returned to Jamaica after leaving in the early ‘60s.

I guess the song will be everywhere again, for a few days anyway. And that’s lovely.