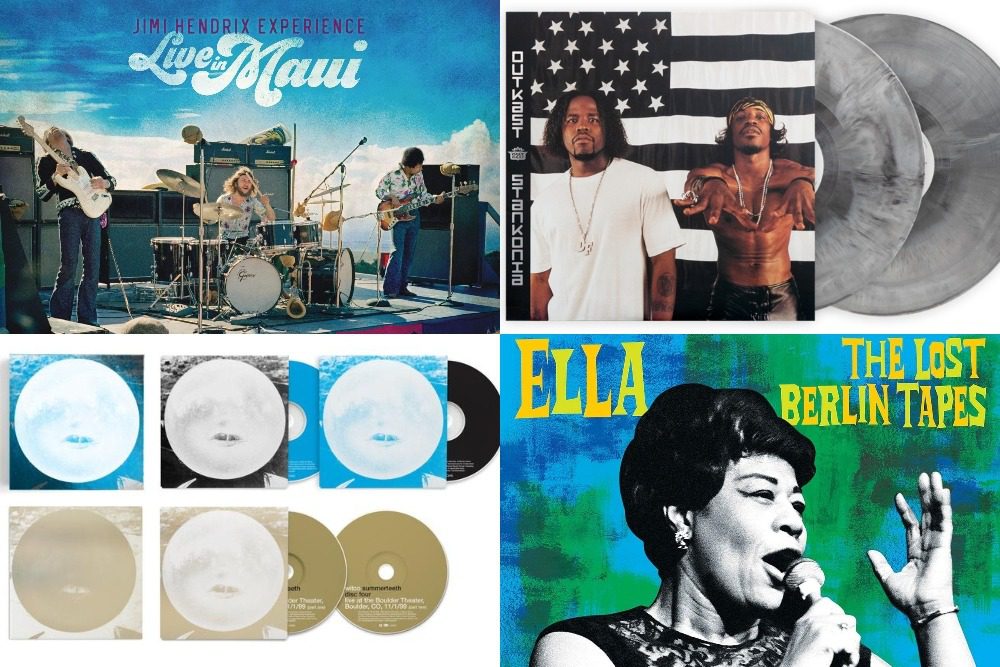 This month’s edition of the Reissue Section bounces all around the globe: from Athens, Ga. to Wales, from Berlin to Sacramento (and back to Athens again). Seriously, this COVID year continues to yield some of the best archival titles since they first started telling us that CDs were a dead scene. As if…

If we’ve learned anything from the recent barrage of TV show revivals, anniversary stories and video game nostalgia, we know the early 80s brought a major cultural sea change — especially on modern rock radio, as punk took on bolder forms against the backdrop of New Wave. Pylon (of Athens, Ga.) and Young Marble Giants (of Cardiff, Wales) were way ahead of their time at that pivotal pop juncture.

Though these groups hailed from very different towns in very different countries, they found common ground in the way they approached these genres, meeting one another at the most minimal point of punk and New Wave. Like what German acts Cluster and Tangerine Dream did at the intersection of rock and electronic music, both Pylon and YMG created sounds that were economic and simple — yet influential enough to become key building blocks for artists throughout the ‘80s and ‘90s, especially in the then-burgeoning college radio movement through acts like Yo La Tengo, Beat Happening and even Fugazi.

Though it doesn’t include the band’s vastly underrated 1990 LP, Chain, Pylon Box is by far the most comprehensive chronicle of the group’s enduring legacy, housing remastered editions of 1980’s Gyrate and 1983’s Chomp, along with a bonus disc of all the nifty extras that initially appeared on DFA Records’ 2009 reissues. The big get for serious collectors in this set, however, is ‘The Razz Tape,” a previously unreleased recording of Pylon’s very first session predating their 1979 debut single, “Cool”/”Dub”.

In a 1992 Melody Maker interview, Kurt Cobain cited Young Marble Giants’ Colossal Youth as a pivotal album in his life. And, no doubt, you can hear echoes of their drum-less tectonics deep in the squall of a song like Nirvana’s “Very Ape” as clearly as you can in the sound of Belle & Sebastian, who gave the YMG single “Final Day” an oddly endearing disco makeover. That clearly speaks to the trio’s impact, the elasticity in their anti-pop minimalism that gave hope to bedroom producers and bedroom singer-songwriters alike. This 40th anniversary edition of Colossal Youth is essentially a better built version of Domino’s initial 2007 reissue, once again featuring bonus material from non-album sets like Salad Days, Is The War Over, the “Final Day” single and their lauded Testcard EP. This reissue, however, also includes a live DVD of their final show in 1980 at New York City’s renowned Hurrah club, famous for hosting early shows for the likes of New Order, the Cure and the B-52’s (not to mention David Bowie’s “Fashion” video).

The saddest asterisk in Wilco’s career is the way everything went down between Jeff Tweedy and the late Jay Bennett, who joined the band shortly after their 1995 debut, A.M., and was ousted after the sessions for 2001’s Yankee Hotel Foxtrot.  When those two guys clicked, they made pure Americana power-pop magic — a big reason why 1999’s Summerteeth remains one of the most beloved works in their canon. This mind-blowing Deluxe Edition is a sonic surprise egg, including 24 tracks of outtakes, demos and alternate cuts that make you see Teeth in a whole new light.  It also features a previously unreleased live album from the supporting tour: Sourced from an uncirculated soundboard recording, it captures the classic lineup of Tweedy, Bennett, John Stirratt and Ken Coomer at their peak chemistry as a live band that ceased to exist in that form not long after. 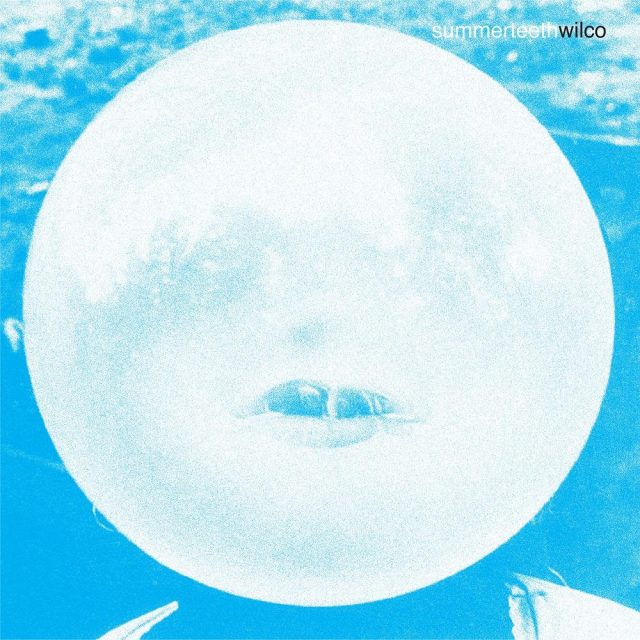 Pylon isn’t the only Athens band who enjoyed an uptick in interest thanks to a new reissue: Love Tractor, the town’s own titans of instrumental jangle rock, reintroduce themselves with an expanded, remastered edition of their eponymous 1982 debut, including its first-ever domestic vinyl release. The album was remixed and remastered by Sugar’s Dave Barbe and R.E.M.’s Bill Berry, who played drums for the band in 1980 and on their 2001 reunion album, The Sky At Night, and wrote one of Love Tractor’s finest compositions, “Motorcade.” The sole bonus track here is an alternate version of “Seventeen Days” (“17 Days & A Night”), though two more alternate takes from the original sessions (“60 Degrees and Sunny” and “Festi-vals”) were issued as an exclusive Record Store Day 7-inch in October. The Super Deluxe edition of Love Tractor includes the two-song single along with such exclusive tchotchkes as a button, postcard, T-shirt, screen-printed logo bandana and screen-printed mini album art poster.

Verve Records continues to dive deep into the renowned jazz label’s archives and find must-own unreleased recordings. Recorded at Berlin’s Sportpalast on March 25, 1962 and culled from Verve founder Norman Granz’s private stash, The Lost Berlin Tapes finds Ella Fitzgerald on fire, cooking with the trio of pianist Paul Smith, bassist Wilfred Middlebrooks and drummer Stan Levey. The show is even better than its predecessor: her historic 1960 Deutschlandhalle concert, which spawned the Grammy-winning Ella in Berlin: Mack The Knife. Fitzgerald sacks Berlin with her outtasite scatting and heart-piercing singing on eternal standards (“Mack The Knife,” “Angel Eyes”) and flexes her improvisational mastery on “Jersey Bounce” and a grammatically tweaked version of the Ray Charles hit “Hallelujah, I Love Her So.”

If you were already a fan, it confirmed your gut reaction. If you were late to the game, it let you know what you had been missing. Originally broadcast on March 16, 1992, Pearl Jam’s MTV Unplugged episode remains a banner moment for the acclaimed concert series. And while you indeed miss such indelible visuals as Eddie writing “pro-choice” on his arm or Jeff Ament standing on Dave Abbruzzese’s bass drum, the energy and emotion of this stellar early set remains one of the most essential documents of PJ in action. There’s no better way to celebrate this band’s 30th anniversary than putting MTV Unplugged on vinyl and CD, where it’s always belonged. The Charlatans – Between 10th and 11th (Arkive)

A darker, more rockist psychedelia imbued the Charlatans’ second LP, which moved away from the “Baggy” sound they helped define with their debut masterpiece, 1990’s Some Friendly. And while Between 10th and 11th might not have the bounce of its livelier predecessor, this new expanded edition really brings out the depth of Flood’s understated production work on key cuts like “Tremolo Song” and “Chewing Gum Weekend,” while a killer soundboard on the second disc captures the band in Chicago at the height of their Some Friendly tour.

The Fall – The Frenz Experiment (Arkive)

Though far more tempered than early faves like Grotesque and Live at the Witch Trials, the Fall’s late 80s output remains one of the wisest entryways into their vast, sprawling catalog — one that continued to churn at a healthy pace until the passing of singer-songwriter Mark E. Smith in 2018. The band’s 10th LP, 1988’s The Frenz Experiment, might come closest to showing us Smith’s pop heart, given that its centerpiece is a fairly straight-faced cover of the Kinks’ “Victoria.” This expanded edition takes it a step further by including their version of the Beatles’ “A Day In The Life,” originally recorded as an NME charity single. Also included in the bonus disc are the Fall’s 1988 BBC sessions on The Janice Long Show, highlighted by a swinging version of the Frenz classic “Get A Hotel” and a wild rip through Northern Soul standard “There’s A Ghost In My House.”

OutKast – Stankonia (Vinyl Me, Please/Legacy Recordings)This Halloween marked the 20th anniversary of OutKast’s mothership masterpiece Stankonia, as game-changing for hip-hop as Kid A was for rock music in the year 2000. And the good folks at Vinyl Me, Please have given the classic a gourmet makeover with this “VMP Essentials” LP edition on “grey and white galaxy vinyl” that also features an exclusive print of the album’s super psychedelic alternate cover art. Meanwhile, an expanded digital reissue bundles rare and previously unreleased tracks, including single mixes, radio edits, a cappella versions and remixes (like a wild version of “B.O.B.” helmed by Rage Against the Machine’s Zack de la Rocha). 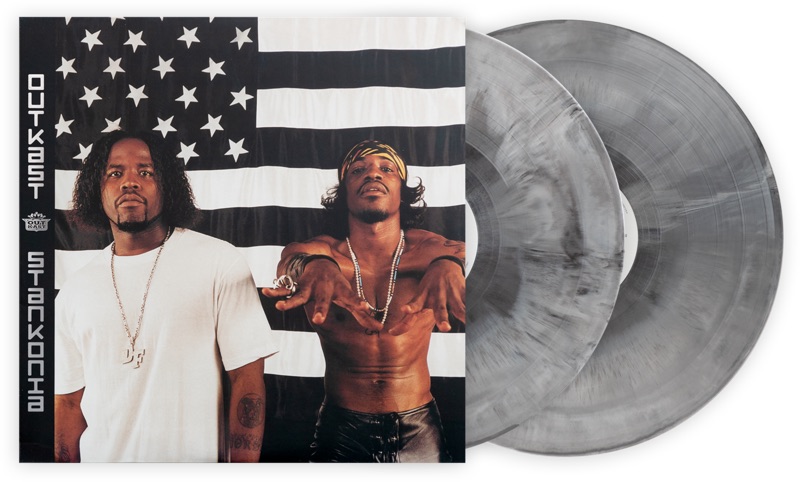 Deftones, Will Haven, Out Hud, Death Grips: In Sacramento, volume is not only tolerated but also seemingly encouraged. Sweatertongue is the lone Buick LP, predating the sound of instrumental bands like Explosions in the Sky and Pelican by a good decade — but it belongs right up there with their fellow noisy neighbors in the Sacramento loudness pantheon. Remixed by John McEntire from the original tapes and pressed at Third Man, the vinyl debut of this majestic record was well worth the wait.

Originally released as part of the ill-fated 1971 Rainbow Bridge multimedia project, Jimi Hendrix’s majestic free concert in Maui — filmed and recorded on a cattle ranch — finally gets its just due with this new two-disc collection. Released to accompany a documentary about this period, Music, Money, Madness . . . Jimi Hendrix In Maui, the Live in Maui album marks the official commercial debut of both sets, carefully remastered by Hendrix producer Eddie Kramer. Hendrix, drummer Mitch Mitchell and bassist Billy Cox, fresh from woodshedding new material at Electric Lady, damn near caused the volcano they performed beside to erupt — it’s one of the best Hendrix performances captured on tape.

Despite the power of tropical wind roaring against his Marshall amp, Hendrix plays like a monster — wowing the local crowd with innovative new material like “Dolly Dagger” and “Hey Baby (New Rising Sun)” and staples like “Foxey Lady,” “Purple Haze” and Voodoo Child (Slight Return).” This is obviously a must-own for longtime Hendrix heads. But even if you are just getting into the music of this left-handed guitar god, Maui is a wowie.