The Most Influential Artists: #20 Jane's Addiction As part of our 35th anniversary, we’re naming the most influential artists of the past 35 years. Today, we’re at #20. From Los Angeles, California, here is Jane’s Addiction. 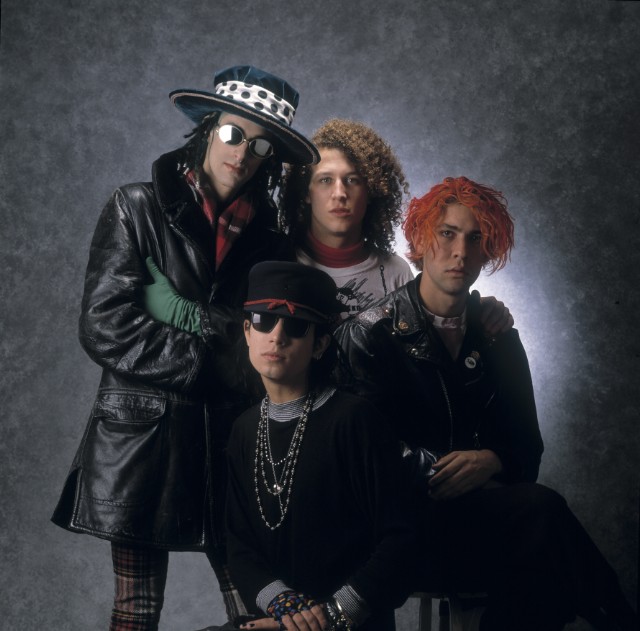 Jane’s Addiction emerged from L.A.’s music scene as a remedy to the hairsprayed hard rock running rampant along the Sunset Strip. With their charged live performances, the four-piece quickly turned heads by integrating metal, funk and psychedelia into their spacious modern rock sound. Led by their provocative and flamboyant frontman Perry Farrell, Jane’s were unlike anything else out there.

Releasing two era-defining albums – 1988’s Nothing’s Shocking and 1990’s Ritual de lo Habitual – Jane’s rose up from the underground and achieved mainstream success. They engineered the “alternative” movement, laying the groundwork for countless bands after them, including Nirvana, who instead would be the ones to reach superstardom.

Technically, few bands could rival Jane’s Addiction for their raw talent. Each member demonstrated virtuosic ability in his respective field, with distinctive styles that would influence countless aspiring musicians: Farrell, with his inimitable, banshee-like wail; Dave Navarro, with his strident, howling riffs; Eric Avery, with his innovative bass lines; and Stephen Perkins, with his fluid yet pounding drums.

Their only weakness was an inability to tolerate one another. Amidst the egos, drug addictions and creative differences, Jane’s Addiction imploded in 1991 — but not without first revolutionizing live music. For their farewell trek, Farrell founded Lollapalooza, initially as a touring festival dedicated to giving a stage to the counterculture he believed in.

Comebacks in 2003 and 2011 (both minus Avery) never quite recaptured the glory of that original run, but it didn’t matter. Jane’s Addiction had already left their mark as the original — and arguably greatest — alternative rock band.