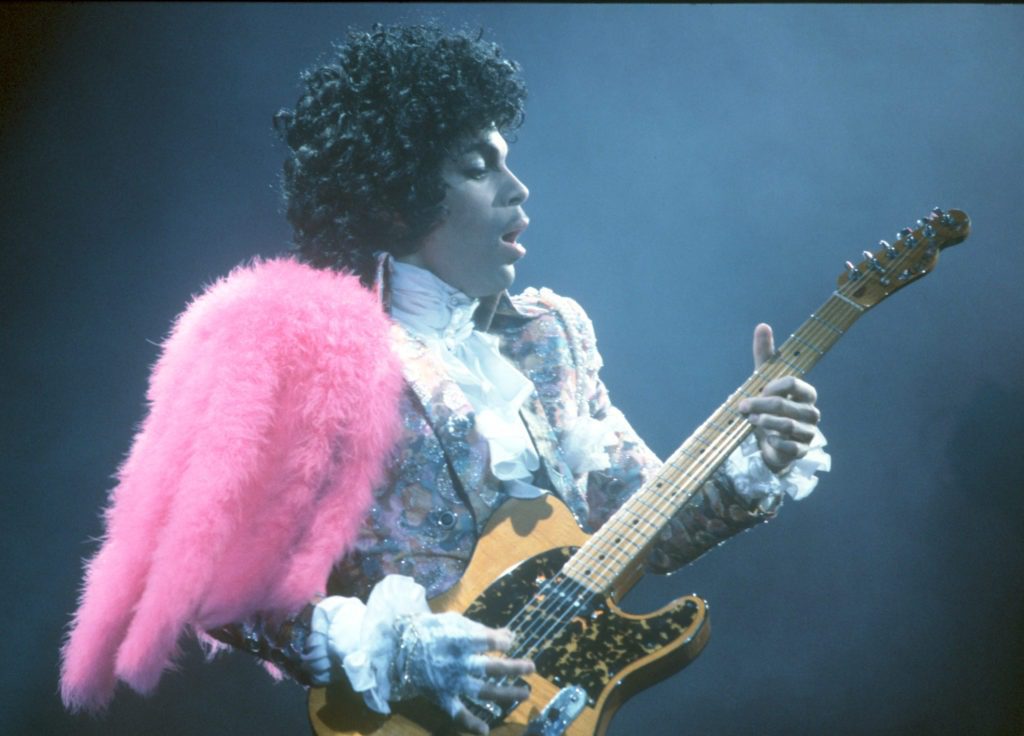 As part of our 35th anniversary, we’re naming the most influential artists of the past 35 years. Today, we’re at #2. From Minneapolis, Minnesota, here is Prince. Prince Rogers Nelson’s kingdom was a soulful, revolutionary world without boundaries. His lust for sex and sultry guitar licks birthed a sound that has traveled long past his personal expiration date. Every step of the Purple One’s career is worthy of its own book, even though no one could possibly tell his story with the kind of flair that he could.

Garnering many aliases over his lifetime, Prince developed into pop’s most enigmatic figure. He emerged unassumingly in 1978 as a perverse, funky virtuoso writing straight from the loins and playing every instrument. Early singles like “Soft and Wet” and “I Wanna Be Your Lover” kicked off a run of classic baby-making music that set the stage for future rebirths — taking sounds of the time and bending them to his will.

If any decade could be considered his “classic” period, it was the ‘80s, the apex of his critical and commercial success. This iconic streak began with 1980’s Dirty Mind and continued through Controversy, 1999, Purple Rain — the list goes on. The songs he gave to other artists, like “Manic Monday” for The Bangles, became instant hits. He mastered the art of looking forward while honoring legends of the past, penning tunes for Miles Davis (exemplified on the electrified jazz/funk bop “Can I Play With U” on 1987’s Sign O’ the Times). Even a faithful cover had the power to go platinum, evidenced by Sinead O’Connor’s somber rendition of “Nothing Compares 2 U.”  And as “Bat Dance” from the original Batman album can attest, his reign even extended into the soundtrack realm.

Somehow his second act was even more salacious: In 1991, he brought his version of a “Moon Man” to the MTV Music Awards, performing “Gett Off” in his infamous assless leopard pants. By this point, Prince had already left behind the Revolution, his scorching backing band, and started another: the New Power Generation. Despite the shift, Prince continued to churn out anthems like “Diamonds and Pearls,” “7” and “The Most Beautiful Girl in the World” — further widening his palette of soul. Even so, Prince refused to sit still. In the late ‘90s and 2000s, he released music at a feverish pace, toured the world, went to war with his record label and changed his name into an unpronounceable symbol, adding more intrigue to his vaporous mystique. Later in his career, he continued to record albums like Musicology, 3121 and Art Official Age that doubled as art pieces — without restraint and full of forward-thinking ideas.

Though it’s a little too long-winded to make a list of superstars influenced by His Royal Badness, artists like D’Angelo, Justin Timberlake, Janelle Monae, Frank Ocean and the Weeknd wouldn’t be the same without his existence.

Prince’s death in 2016 created a chasm that no one can fill — only now, in his absence, is the world closer to comprehending his once-in-a-lifetime artistry. With a reported 15,000 unreleased songs and snippets in his vault [that are only now trickling onto posthumous releases], Prince was always creating.  We often laud artists who define a generation, but Prince’s legacy was defying definition.