The Most Influential Artists: #13 Dr. Dre 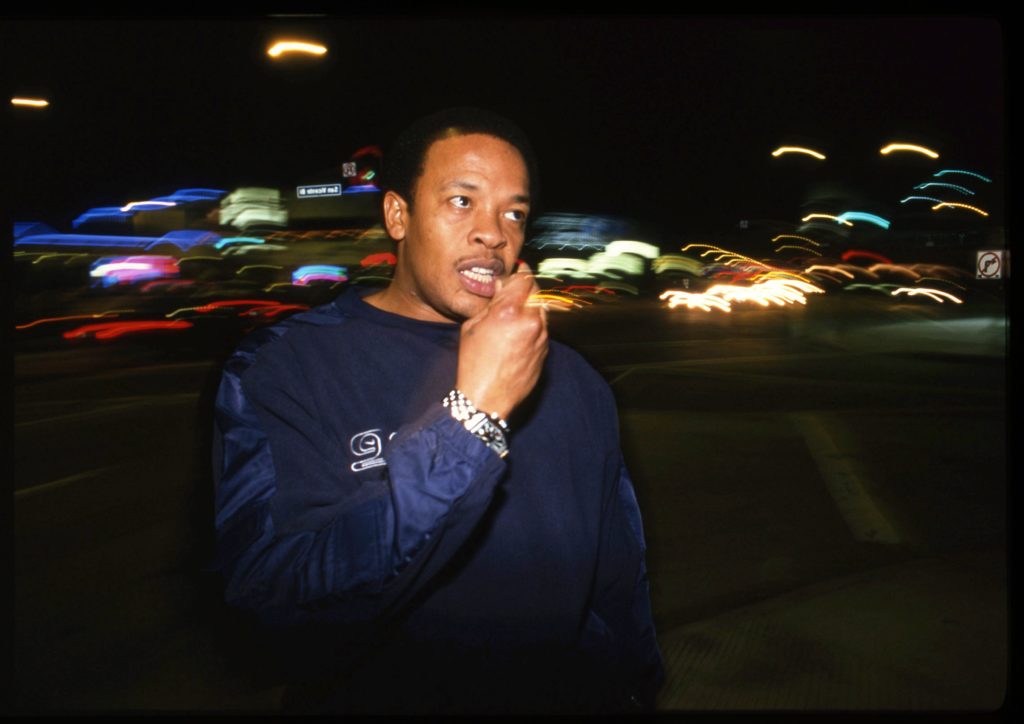 As part of our 35th anniversary, we’re naming the most influential artists of the past 35 years. Today, we’re at #13. From Compton, California, here is Dr. Dre. Dr. Dre had predecessors and peers, but he’s the sonic architect of West Coast rap: Integral to its inception, he shaped and then reimagined the contours of its sound. His influence extends from the ‘80s to the unlikely day that people stop playing “Nuthin But a G Thang” and “California Love.”

In the mid-’80s, Dre was “in surgery” at Compton roller rinks, cutting records for electro-rap paragons World Class Wreckin’ Cru. After ditching the shiny suits, he donned all black with N.W.A. and dropped Straight Outta Compton, bringing L.A. gangsta rap to the masses. Dre (and DJ Yella and Arabian Prince) scored narratives of the city’s gang violence and flipped LAPD the bird, adding hints of funk to drums that hit like battering rams. Then, as the smoke cleared over scorched L.A. blocks in the wake of the ‘92 Uprising, Dre released the g-funk Rosetta Stone: The Chronic, which documented L.A.’s ills and served as temporary analgesia. The glinting synths, woozy bass and hydraulic drums rang out as weed and BBQ-bound lowriders (and antipathy for Eazy-E) united people from L.A. and around the world. G-funk would’ve existed without Dre (see also: Warren G and DJ Quik), but it might’ve stayed regional.

Today, Dre also remains one of the best A&Rs rap has ever known, one whose reach extends well beyond L.A. The Chronic launched the career of Snoop Dogg, who will probably be Mayor of Long Beach before he dies. Following a few post-Death Row missteps, Dre reworked the genre into the thumping, cinematic 2001 and signed Eminem, the best-selling artist in the U.S. of the 2000s. Dre then placed the national spotlight on 50 Cent, New York rap king of the early aughts, before stepping away to work on a near-mythical follow-up. Detox never arrived — we got Beats headphones instead — but Dre did sign Kendrick Lamar. While he hasn’t been active in recent years, rap would be immeasurably worse if he never put Compton and countless rappers on the map.