The Blurry World of Billie Eilish 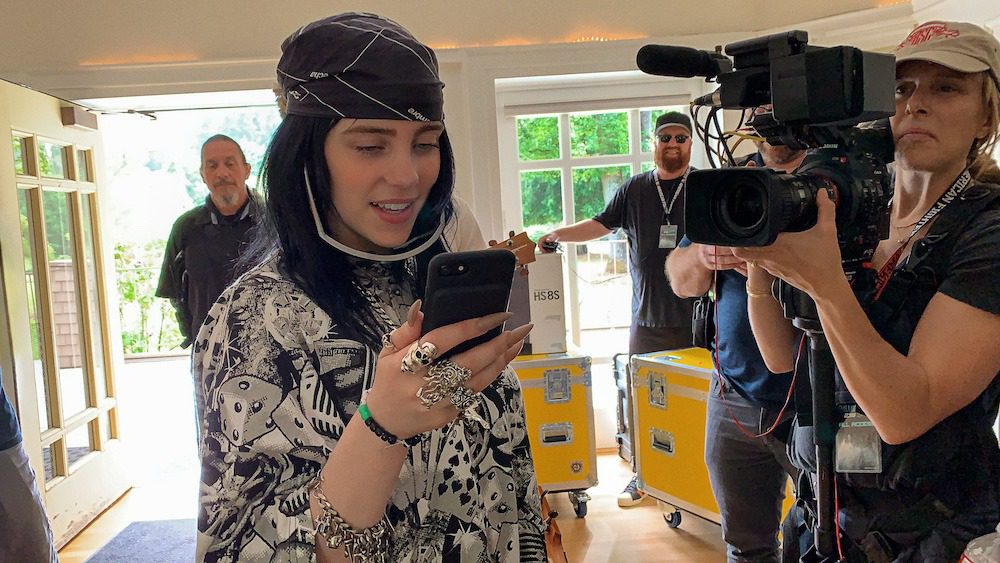 Filmmaker R.J. Cutler – best known for his work on documentaries such as The War Room, The September Issue, and Belushi – recalls that there wasn’t much he really knew about Billie Eilish when he was invited to meet her and her family at their L.A. home several years ago. And it didn’t matter.

As he remembers the brief drive up the 101, he says he knew about “Ocean Eyes” – the 2015 song that Eilish and her brother, producer Finneas O’Connell, had uploaded to SoundCloud, catapulting the pair to millions of streams and the attention of record labels – and that she was local. But beyond that, he was going in relatively blind.

Whether through some directorial instinct, brilliant luck, or some combination of the two, Cutler would spend two years, from 2018 to 2020, following and capturing in real-time one of the most spectacular ascents of a young music artist in recent memory.

Drawing from the cinema vérité style of D. A. Pennebaker’s Don’t Look Back and the Maysles’ Brothers Gimme Shelter – forgoing the use of formal interviews or even identifying lower thirds – Cutler filmed the complex and authentic Eilish and her close-knit family as she: recorded and released her multi-platinum album When We All Fall Asleep, Where Do We Go?; toured around the world, made her debut at Coachella; write and record the theme song to the new James Bond film No Time to Die; and become the youngest person (18 years old) and the second in history to sweep the four main Grammy categories (Best New Artist, Record of the Year, Song of the Year and Album of the Year) in the same year (Christopher Cross, 1981). Cutler’s beautiful finished work, Billie Eilish: The World’s a Little Blurry, makes its premiere on AppleTV+ Feb. 26.

“I would have been perfectly honored, and privileged and happy to have made a film about Billie Eilish, regardless of how that album was received,” says Cutler. “I was interested in telling Billie’s story. Obviously, I couldn’t be happier for her success. But I was not sitting there in any way thinking, ‘I’ve got a tiger by the tail. Here we go.’ I’m just curious. You have to be fairly disciplined in this approach. You have to be there for today. And then tomorrow will bring what tomorrow brings. But today’s enough. If you take today for granted, you’re not going to get where you need to go.” 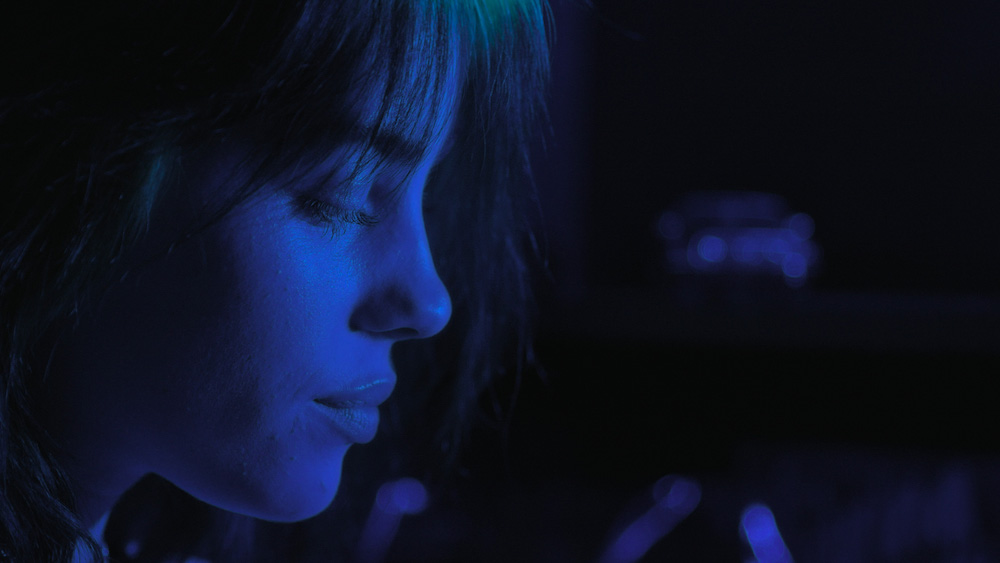 Tangled up in blue
CREDIT: Courtesy of Apple

SPIN: There was so much footage Billie and her family had taken on their own before you were involved. What compelled them to record so much of their life?
R.J. Cutler: Billie was born in 2001 and if you’re born in 2001, a lot of your life is on somebody’s phone. And [her mom] Maggie likes to film and Billie’s a performer. Billie loves the camera – from an early age. So that’s one reason why. And then they knew that something was going on. They didn’t know [a documentary] was going to go on, but they knew something was going on. So they put a GoPro in Finneas’ room. And Maggie said to Finneas – I have seen this footage – if you feel like you guys are onto something, turn the camera on. And they did it enough that we could cull from the dozens of hours of material, a lot of which is just them sitting around, bullshitting, not writing the songs. But that’s part of the process too.

One of the most fascinating elements of the film is Billie’s relationship with her parents. As a parent myself, I was immensely struck by their conflict of wanting to protect their child, that at any moment this massive experience could get away from them all, while at the same time allowing it play out so their daughter can have a life that is her own.
You just described every parent who has an adolescent kid. You didn’t just describe every parent you know who has a teenage popstar kid. You just described parenting. And that’s what’s so exciting about this film, is that same description is Billie’s career, which they also have to confront in exactly the same way with exactly the same things you talked about, and Billy’s childhood, which they have to confront in exactly the same way.

As [Billie’s dad] Patrick says at a point in the film, they live in denial, because what else are you gonna do? And you see them living in denial. You just see them hoping that she’s never gonna grow up. Not because they don’t want Billie Eilish to grow up, but because parents don’t want their children to grow up. It’s the most human thing in the world. But you know they must be set free, you must support them in every way. You’re filled with pride and joy and love. And you see all of that in this film. And you see they’re incredible. 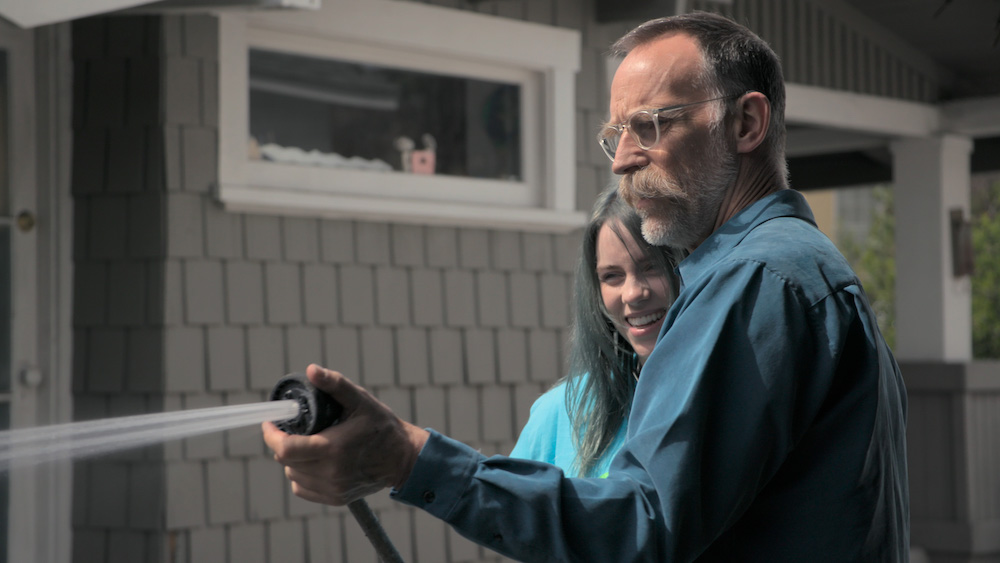 Billie’s relationship with her brother Finneas was also fascinating. How would you describe their partnership?
I suspect that the fact that the first beating drum each of them heard was Maggie’s heart is not insignificant in understanding the miracle of their collaboration. That’s what I would say. I think it really matters. And Billie would talk about the fact that they can fight with impunity, and fight without consequence.

She and Finneas have this arrangement where, if they disagree, one of them will win and the other will lose. Sometimes it takes a long time for them to figure it out, but they do not compromise, they do not find the middle ground, because they don’t believe that. They believe that one of them should be right, one of them should be wrong and when the other one agrees to let the other one be right, then they will both live with those consequences. Even if years later, they look back on it and say we settled on the wrong one that time, they can live with it. But that’s fundamental to their process. The nature of their relationship is they are brother and sister. Their brother and sisterhood is expressed in this art they create together.

What was Billie’s reaction when she finally saw the finished film?
She was very complimentary, very grateful. She told me that she felt like she had been seen by the film in a way that she didn’t imagine she could have been seen. And she wasn’t quite sure how we did it. And that’s very gratifying.

Was there a scene that encapsulates the film as a whole, that sort of makes you say, “This is what I was attempting to accomplish with my film”?
We filmed Billie until Grammy night. When I saw that scene of Billie in her car reflecting on this moment in her life on Grammy day, where she’s got her dog in her car and her relationship with Finneas and her parents is good and she’s not in a relationship and she says she’s kind of pretty, that she’s famous as fuck, and she had doughnuts last night. And then she looks and she says life is good. When I saw that, I was like, “That’s it. That’s the movie.” That’s where she’s arrived. That’s the journey that she has taken. From recording “Ocean Eyes” to that moment is the journey of this film. And it’s a simple journey on some important level, that life is good.