The 10 Most Essential Was (Not Was) Tracks 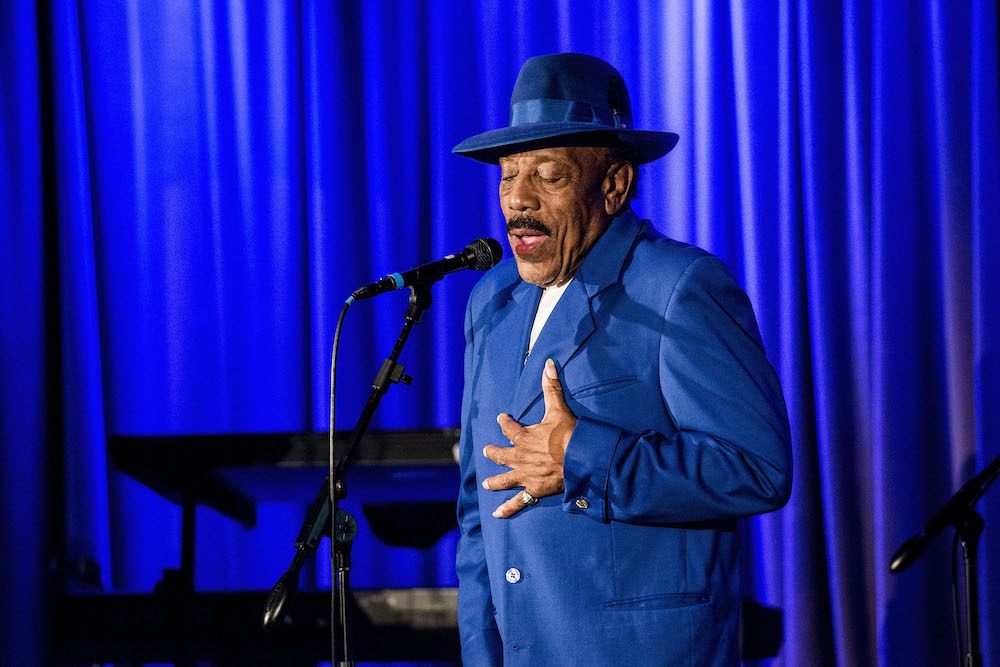 Since David Weiss and Don Fagenson christened themselves the Brothers Was and formed Was (Not Was) in 1979 Detroit, a ridiculous number of great musicians have gone through the band’s ranks: Wayne Kramer of the MC5, The Knack frontman Doug Fieger, legendary jazz trumpet player Marcus Belgrave, Ozzy Osbourne, Elvis Costello, and even Frank Sinatra, Jr.. You won’t find another funk band to enlist most of these guys, much less all of them. And their guests are just a hint of what gives Was (Not Was) its distinctive flavor.

There wasn’t a more towering presence in the group’s fold than Hillard “Sweet Pea” Atkinson, whom, alongside fellow soul singer Sir Harry Bowens, made up the two-headed dragon of the band’s animated presence. But as sadly reported earlier this morning, Mr. Atkinson died on May 5th at his home in Los Angeles, CA after suffering a massive heart attack.  He was 74.

“He wanted to make a comic book where Sweet Pea was the main character,” Don Was told Billboard following the news of Atkinson’s passing, “because he was a larger than life guy — which is how I still think of him. I don’t think of him as a regular human.” Sweet Pea also released two incredibly underrated solo albums in 1982’s Don’t Look Back and 2017’s Get What You Deserve, the latter of which saw him reunite with Don Was over at Blue Note Records, where the legendary producer serves as label president. Atkinson was also a key member of Mindi Abair & The Boneshakers, most prominently on The EastWest Sessions (2017) and All I Got for Christmas Is the Blues (2018).

“This is a hard Facebook post to write, but my friend and Mindi Abair and The Boneshakers bandmate Sweet Pea Atkinson passed away today,” Abair wrote on her Facebook page. “There will never be another Sweet Pea… that voice, that charisma… he was a lion of a man and a performer.”

The full list of Atkinson’s collaborators is impressive by any standard: Bonnie Raitt, Bob Dylan, Elton John, Brian Wilson, Willie Nelson, Iggy Pop, Jackson Browne, Kris Kristofferson Geroge Jones, Bob Seger, Lyle Lovett. Not bad for a guy whose talents were discovered while he was working the assembly line at Chrysler in the Motor City. But although they only put out five albums, it was the discography of Was (Not Was) that truly defined Atkinson’s titanic presence as a singer, the one who kept their art-funk from going off the rails by grounding it in R&B and blues. Here are his ten greatest moments with the group.

“Where Did Your Heart Go?” (Was [Not Was], 1981)
Atkinson’s first true star turn in Was (Not Was) transpired on the second track to the group’s 1981 eponymous debut. While much of the album contains the most abrasive and experimental music in their canon, this Was Bros. original, captained by Sweet Pea’s smooth delivery, was an early indicator of their hit-making potential, ultimately proven true when Wham! covered the song in 1986 to become their final Billboard Hot 100 single.

“It’s an Attack!” (Was [Not Was], 1981)
“They’re coming for your blood, boy!,” Sweet Pea exclaims on the most freewheeling tune from the first Was (Not Was) album. In fact, French editions of the 12-inch for “Where Did Your Heart Go?” included the track as its B-side, which offered a quite proper sense of duality that existed in the early days of the band.

“Knocked Down, Made Small (Treated Like a Rubber Ball)” (Born to Laugh at Tornados, 1983)

Born to Laugh at Tornadoes is by far the most schizoid of the five Was (Not Was) studio works, one that features a song where Madonna was beat out by Ozzy Osbourne for lead vocals, and a cameo by your great-grandparents’ favorite piano player Mel Torme. Yet it was the stomping opener “Knocked Down, Made Small (Treated Like a Rubber Ball)” that the band wisely chose to push with a video for this ripping slice of hard rock’n’soul that set the table for Living Colour five years later.

“Spy in the House of Love” (What Up, Dog?, 1988)
What Up, Dog! is undoubtedly the most definitive of the five Was (Not Was) LPs, at least in terms of the group achieving the acme of its collective powers. And while historically it is best known for delivering us “Walk the Dinosaur,” it’s also important to remember the album’s first hit single, a glistening slice of vintage ’87 soul that climbed to number-one on the Billboard Dance Charts here in the States the following year.

“Walk the Dinosaur” (What Up, Dog?, 1988)
Few songs in the Was (Not Was) canon displayed the magic in the interplay between Sir Harry Bownes and Sweet Pea Atkinson better than the group’s iconic hit single, which can still be heard from time to time whenever a dinosaur-based family film emerges from Hollywood. Thanks to its infectious groove sending this dynamic duo to the stratospheres of ’80s soul, its no wonder why “Walk the Dinosaur” remained a key inclusion of any quality Reagan-age mixtape.