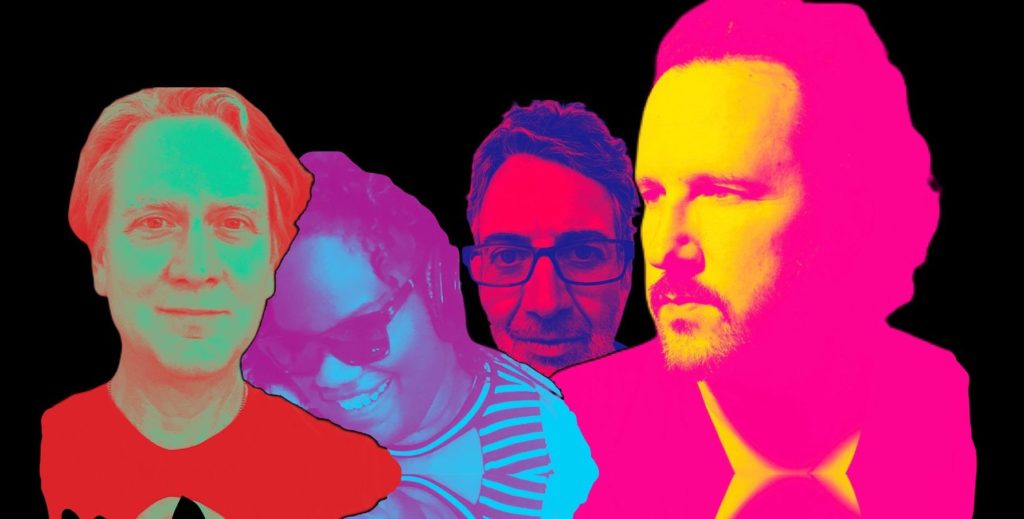 Before the pandemic, Pearl Jam’s Stone Gossard had big plans for 2020. His band released their best album in years, Gigaton, and were gearing up for a huge tour — and that doesn’t include any 30th-anniversary plans they may have had.

COVID stopped all that, of course. But Gossard was resourceful: He just formed a new band.

In 2014, the guitarist was introduced to singer-songwriter Mason Jennings by the latter’s manager, Dan Fields, whom Gossard has known since Fields tour-managed Ministry at Lollapalooza ’92.

“He was a huge fan of Stone as a person,” Jennings tells SPIN. “[Fields said], ‘It might be cool if you two try collaborating.’ Stone hadn’t heard my music at that point. And we just started sending files, and it went really well.”

Outside of Pearl Jam, Gossard says he’s “always demoing and doing music,” so zipping files back-and-forth to Jennings wasn’t the world’s biggest chore. In fact, being locked down may have been a benefit: Without a formal timetable, they could organically collaborate without being in the same place. They eventually wound up with Painted Shields, their self-titled debut LP, out Nov. 27.

“We’re slow or slower and more methodical as we get as we get older,” Gossard quips. “It freed up John Congleton up to mix the record and really kind of fall in love with some of the songs. The disruption has worked out for Painted Shield, for sure.”

The vague nature of the project also helped Painted Shield naturally grow. Gossard jokes that a year could pass with no activity, and then a song idea could pop up; without the stress of working in studios and paying for that time, Jennings stewed on ideas for months before sending them over. “It’s been a hugely freeing process,” he says. Gossard agrees, adding that “there’s no pressure on us, other than just wanting to do something that excites us.”

Once things got rolling, the duo roped in some outside help: Multi-instrumentalist Brittany Davis added to the material in 2019, and former Pearl Jam drummer and session extraordinaire Matt Chamberlain came onboard earlier this year. In keeping with the project’s initial spirit, everything was done remotely.

“When we realized that we really wanted to gel as a band, we talked to Matt, and I really encouraged him to not be a studio drummer,” Gossard says. “We asked him, ‘Where are your songs, and what are you excited about?’ And he sent us 10 drum arrangements.”

“She [Davis] understands what I’m doing vocally more than I think I’ve could ever have done, and I’ve been doing this for over 20 years,” Jennings remarks.

The duo are already looking ahead past Painted Shields: They have four songs in progress for a second album with tentative plans to tour if touring resumes (Gossard has commitments with Pearl Jam for 2021). But for now, a six-year odyssey is finally complete.

“It just kind of continues to accelerate where there’s a bunch of stuff we’re working on right now,” Gossard says. “That’s going to be for another record at some point soon. I hope so because it’s coming fast and furious right now.”