Sleater-Kinney’s 'All Hands on the Bad One' Turns 20 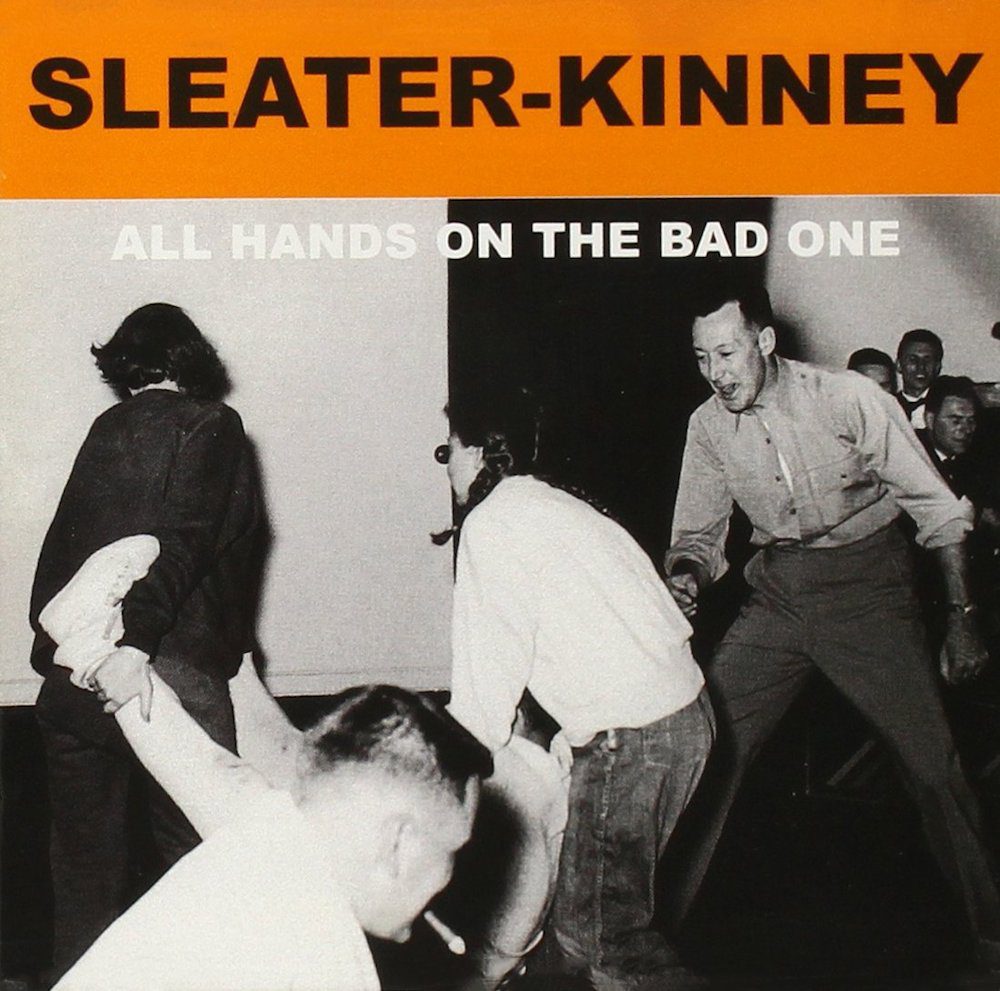 Believe it or not, there was a time when people were sick of Prince. Sometime after 1991’s “Cream,” the record-buying public — increasingly rap-oriented radio — and his label agreed ‘enough, already,’ and even his reviews suffered. (Prince, being Prince, responded by releasing a triple-CD set, 1996’s Emancipation, and that wasn’t even his only 1996 album.) Sometimes you can be the best in the world (he was), doing the thing that you’re best at (churning out inexhaustible amounts of guitar-swollen funk) and even your own fans could just need a break.

Listening to those 1991-1996 Prince albums now and the reaction is a mix of sorrow and awe. Critic fatigue is a thing. The cycle of popular music has trained even self-appointed experts to get itchy. Artists who sustain greatness for over a decade aren’t impossible to process, but not always easy to recognize; a similar thing even happened to Sonic Youth in the late ‘90s. Now that they’re not around to keep banging out “the same record” over and over, those later efforts sound a lot less same-y to record geeks. And a lot less skippable.

Sleater-Kinney have had the good fortune of rarely being taken for granted over the course of a quarter-century existence, rare for any band but especially a punk one and doubly so for women. They didn’t undergo a critical humiliation the way Liz Phair did when she dared to make a couple of major-label pop records, or M.I.A. when she, uh, ate a truffle fry or something. As near-unknowns with a scratchy budget who hadn’t even signed to the Kill Rock Stars yet or brought in their dream-drummer, Janet Weiss, Carrie Brownstein and Corin Tucker already earned enough ink to place third in Village Voice’s 1996 Pazz & Jop critics poll, topped by two albums you may have heard of: Beck’s Odelay and Fugees’ The Score.

The power trio went on to make the top five again in 1997, 2002, 2005 and fucking 2015 — three different decades of proving their bona fides — while peers like Wilco and the Flaming Lips have ceded the spotlight and play to their long-established bases. The fervor surrounding this band was so hot that in the middle of their winning streak, a mere 10th-place finisher in 2000, All Hands on the Bad One, was considered some kind of a letdown. It didn’t get trashed, exactly, though in some ways a three-star review from Rolling Stone can be the worst snub of all; despite many music fans’ fear that their idols will change, there’s rarely a bigger death sentence than deciding an album is just “more of the same.” The idea that you could afford to look away this time and take a breather from this genuinely intense, careening band was an appealing one to many. But it wasn’t more of the same, and the band specially prepared a relief album for this very occasion: their first fun album, a word that wasn’t lost on them when they unveiled the first single. And not just any kind of fun, Brownstein-passed-out-in-a-bunny-suit-on-the-cover fun.

“You’re No Rock’n’Roll Fun” might as well be speaking to the men who loved Sleater-Kinney’s tear-your-eyes-out records, but couldn’t stomach a joyful one by women who referenced their own success for the first time. Bursting from its opening notes with a Go-Go’s-inspired melody and climaxing with full three-part harmonies, the tune explicitly rejects the notion of being a “piece of art that no one can touch.” It could’ve been a lower-fi Donnas or less jaded Green Day. Had the DIY industry been hooked up the way it was by the time Arcade Fire rolled around, “Fun” certainly could’ve been a “hit on the radio,” which Tucker sneers at in the opening “Ballad of a Ladyman,” a song that rails at some promoter dipshit who thinks this band’s been “holding onto their pride way too long.” It’s not your typical whine about fame, more of a self-check: “How much control should we give up of our lives?”

They weren’t just singing about creative control, though. “Are we breaking on guitars?” is a more than fair question from a singer whose sexuality and inter-band romance was regrettably outed to Brownstein’s own parents by this very publication shortly before breaking up in public on 1997’s heartsick masterpiece Dig Me Out just as an entire world began watching. This record’s “Was It a Lie?” spat out a painful truth that cuts as deep as anything on their angrier albums: “A woman’s pain, never private, always seen.” But for the most part, All Hands on the Bad One’s digs are bemused and lighthearted, taunting a “Male Model” who doesn’t “own the situation” with glam riffs and proudly promising “She’ll state her case and take up space / And that suffocates the professional” on the 90-second pop-punk candybar “The Professional.” The downright hilarious, Dandy Warhols-esque “Milkshake ‘n’ Honey” mimes a shallowness that those who called them “ladymen” presumably would’ve preferred to their manifestos: “Darling, come home / I can’t take the apartment alone,” “You keep turning me on with those French words I can’t pronounce.”

While Sleater-Kinney were never strangers to melody, 1999’s The Hot Rock was tinged with a sad beauty unheard on their previous work, and with “A Quarter to Three” and the heartbreaking “The Size of Our Love,” revealed their talent for ballads like any other great band (Led Zeppelin, Nirvana, Replacements) worth their wattage. But Bad One’s gorgeous closer “The Swimmer” and jangle-pop extravaganza “Leave You Behind” rarely get talked about. They should; they’re two of Sleater-Kinney’s greatest achievements as pure melodic-harmonic constructions. Anyone who initially found Corin Tucker’s wild quaver hard to take should hear them; at least one future diehard fan understood this record immediately after Dig Me Out only confused him in 1997.

Sleater-Kinney doesn’t necessarily “need” sweet spots; the world certainly met them on their own terms years before All Hands on the Bad One existed. But if you’re only discovering it 20 years later, marvel at how warm and generous they could be, how their dalliance with humor was tepidly received, only to be vindicated by Brownstein’s Emmy-winning sketch-comedy series Portlandia a decade later. And sing along with the hooks.