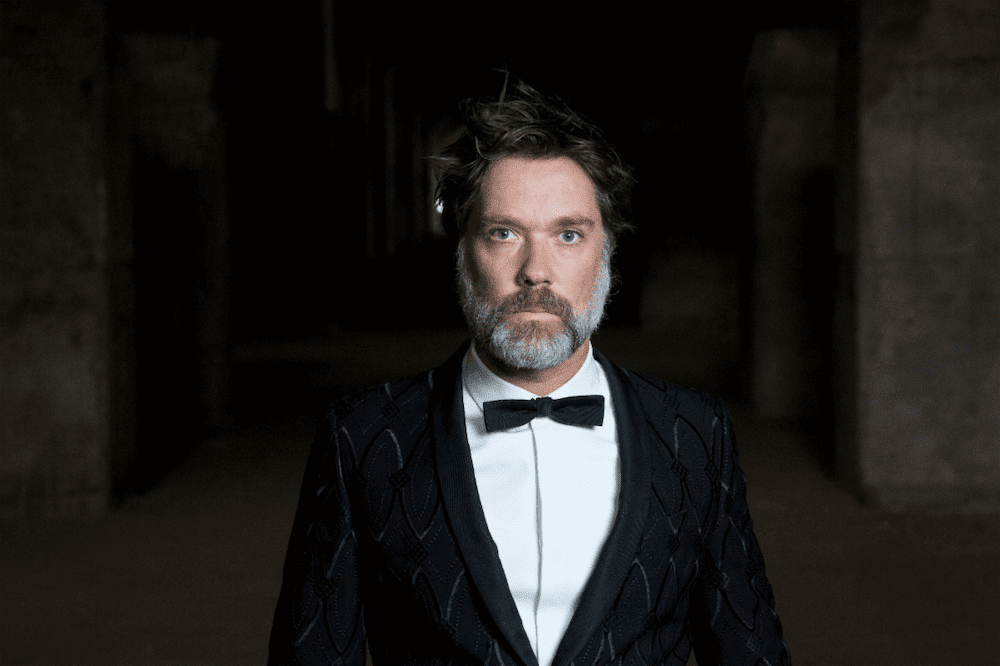 Rufus Wainwright admits that he couldn’t have picked a worse time to waft back from the heady opera-world heights where he’s quietly existed for nearly a decade. But he had no choice — his latest ninth outing, Unfollow the Rules, which drops this Friday (July 10), is a sleek, Mitchell Froom-produced return to the cocktail-chilled folk-pop sound that defined him on his first two albums, Rufus Wainwright in 1998 and 2001’s Poses. It has an urgency, wisdom, and a measured calmness that expressly speaks to today. Unfollow the Rules is divided like a play into three distinct four-song Acts that concern life lessons learned, another that’s more psychedelic and whimsical, a third that’s meant to suggest complete darkness, before concluding in

But things could have been worse, as Wainwright points out. He could have stuck with the original April release date instead of July.

“But in April, you did NOT want to unfollow the rules because it was not the time to buck the system,” Wainwright tells SPIN over the phone from his new retreat just outside of Laurel Canyon. “Then, of course, all the protests happened with Black Lives Matter and so forth, and Unfollow the Rules was once more appropriate.”

SPIN: By now, your nine-year-old daughter Viva has figured out that dad is an entertainer. Has she sat down and said, “Okay — so entertain me” yet during this lockdown?
Rufus Wainwright: Ha! Yeah, she figured that out a while ago. I was pretty dedicated to my work, so she was used to that at the beginning of all this. We have a puppy, though, so that’s helpful. And we also have an airstream, which was originally bought as a kind of extra bedroom for our house on the East Coast. But now, thankfully, we’ve brought it out to the West Coast, and we’re actually using it. So we’ve been traveling a bit in our airstream, and we’re watching old movies and doing a little music here and there.

What other irons do you currently have in the fire, project-wise?
Well, this album is the first kind of “popular” album that I’ve put out in a long time. I did put out this big Sonnets record (Take All My Loves: 9 Shakespeare Sonnets, 2016), but that in my mind doesn’t really count. So in that interim period when I was away, I worked really hard on both of my operas (2015’s Prima Donna and 2018’s Hadrian), and I don’t think I’ve conquered the form by any means. But I did make a dent, and there is a desire for me to return at some point. And thankfully, in the classical world, they go by much wider time schedules than with pop music. So there’s a lot of things that were already commissioned for two or three years down the line, things that now I can really focus on.

What is the subtle difference between writing a Top 40 hit and a more complex Broadway or cabaret song? You seem to have mastered the art of melding the two.
Well, I’m probably the worst person to ask because I’ve never really been able to define any kind of music. In the sense that if I had my ‘druthers, I would have loved to have really known the mechanics of a pop hit. I think I would have made a lot more money, and been a lot more famous. But — that being said — somehow, the way my ear works is that it looks for similarities in all forms of music. And I guess the one fundamental power that, in my opinion, ties everything together is melody. Is it musical? And I would wager that any soundtrack melody could be turned into a Swedish pop hit, and vice-versa. But it’s really only the accompaniment that makes the difference. And a lot of that, I think, comes from my operatic upbringing. Which, you know, was not given to me by my parents. My parents were real folkies, and my mother appreciated opera but she certainly didn’t know about it much. And my father, to this day, dislikes it kind of passionately. So when I got into opera myself, I immersed myself completely into the form, and I think what I brought into my songwriting was this dramatic sensibility that used chords as a building block to really grab the listener and take control of their ear and then bring them somewhere that they didn’t expect.

Your dad once sang about a dead skunk in the middle of the road. Now there are plenty of live ones out there — plus bears, raccoons, coyotes, even mountain lions — taking control of our deserted streets.
And I cannot express how wonderful it was for a few weeks at the outset of this whole situation, just to drive around L.A. with no traffic and see the San Bernardino Mountains and the ocean, and to just breathe the fresh air. It was really profoundly touching.

And it seems like a lot of mask-defying folks have simply learned nothing from this.
Well, I don’t know if they’ve learned nothing. But the world is a Rottweiler, and it’s difficult to get this dog to learn how to sit. But it has to. It has to learn to sit.

When you wrote this record, was there a libretto materializing in your head?
Well, what happened with this record was — as I said before — I was away almost 10 years and working on classical stuff. But in that time, I wrote a tremendous amount of songs, and songwriting, in a lot of ways, became my protective shield in the classical world. It was a way for me to isolate and inspire myself, without dealing with a conductor or a director and so forth. So that became my safe space. And then, when it came time to make the record, there was so much material available, at that point, I hired Mitchell Froom to produce it — the great Mitchell Froom — and I really gave him carte blanche to decide on what songs to use, and he picked them. Then, as time passed, I realized that there was this narrative that was forming and that there were these select groups of songs that had a certain color to them. So it happened kind of organically, I should say — it was never planned out in any way. Like most good works of art, it sort of self-created. I was just facilitating its arrival.

And on “Alone Time,” you sing, “I need a little alone time/ But don’t worry, I will be back.” Perhaps the coronavirus heard this, and said, “Really? Some alone time, huh?”
I know, I know! Be careful what you wish for! But I have a new sense of surrendering, of letting what happens with my music happen, so I just want to put this album out there, think about the next project, and not worry so much. And I hope that this strategy will, therefore, catapult it into worldwide fame, and I’ll make trillions of dollars and save the planet with my music.

How is the rest of your family doing?
My sister Martha is in Canada. She has a wonderful art space there that she’s trying to keep going, so she does outdoor concerts there and she’s working really hard. My other sister Lucy is in Brooklyn and she’s hanging out a lot with her mother, Suzzy Roche, and they do shows together. And then my dad is..is…I think he’s in heaven quite frankly, because he has a perfect excuse now just to get lost in his own thoughts. He’s out on Shelter Island, and he goes sailing every day. And he was this touring monster for so many years, so I think he’s finally just enjoying the down time. But we’re all healthy, which is the most important thing. And that’s just great. And this, of course, will all be over at some point….