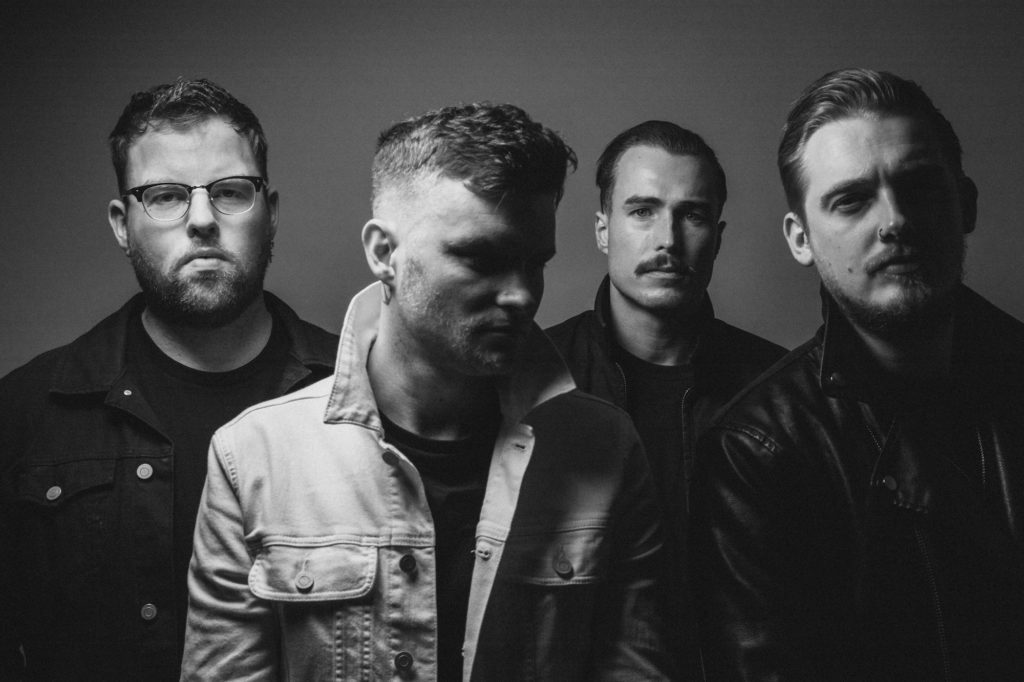 With everyone sequestered and self-quarantining due to the coronavirus, we’ve asked our favorite artists to come up with playlists that keep you entertained. Here is Ross Gordon of rising Scottish rockers Cold Years:

Our debut album, Paradise [Friday, Sept. 4, Inside Job/eOne], is a real progression for us as a band, and it talks a lot about escaping a life that you feel miserable in to pursue the things you really want and why you want them. It was a really strange concept for me to write on because I was in a really bad place, personally, at the time and this record just shines on the fact that something better is possible if you really work for it. Here are some songs that inspired this record, both lyrically and musically. Without them, it would not be what it is.

The Bouncing Souls – “Lean On Sheena”
I love The Gold Record. This band inspired me so much growing up, and it hits heavily on the band’s surroundings. You can almost feel New Jersey soaking through every single note. In my opinion, this song has one of the catchiest vocal melodies ever written, and, lyrically, it covers a very tough subject.

Alkaline Trio – “Warbrain”
This band had such a huge impact on me as a kid and still does as an adult. Almost every single one of their songs relates to a situation I’ve encountered since being on this Earth. It’s such an incredible thing when a band can write a song and people can interpret it into their own reality. It’s a love song but it’s not … or is it?

Dire Straits – “Where Do You Think You’re Going?”
This song is beautiful. It sounds like it was recorded on a beach in the middle of the night on a deserted tropical island. It’s dark and wandering and it’s the kind of song that makes me want to draw the curtains and just absorb it.

Pearl Jam – “Corduroy”
Vitalogy was a critical album for me as a developing musician. It’s rock and roll, it’s punk rock, it’s abstract, and it’s experimental. I remember so many car trips with my dad and this would just be on in the background. It’s one of the many bands he exposed me to that has stuck with me since.

Green Day – “Last Night On Earth”
Taken off 21st Century Breakdown, it’s a true old-school love song. It talks about being miles apart and expressing your true feelings for someone. I grew up with this band and they inspired me to want to write my own music. They’ve changed so many times throughout the years, and this is probably the most ambitious thing they’ve done to date. I have so much respect for that.

I Am The Avalanche – “Two Runaways”
Clear and simple: it’s a tale of two people escaping something terrible to be together. It’s absolutely timeless.

Bruce Springsteen – “I’m On Fire”
This song massively inspired our song “Electricity” in terms of lyrical content. It’s extremely sexual and raw and just full of primal connotations. It sends shivers down my spine every single time I listen to it.

Tom Petty – “I Won’t Back Down”
Full Moon Fever is such a great record and I think it’s probably the best record they ever produced, other than Wildflowers. It’s the first album I ever bought on vinyl. I love this song so much because it’s all about taking a stand for what you believe in and just refusing to bow to anything or anyone else.

The Raconteurs – “Steady, As She Goes”
Loud, trashy, noisy Jack White at his absolute finest as a writer. Brendan Benson also. Just such a cool band and a cool record which makes me feel like I’ve drank a thousand cups of coffee in one go.

Dave Hause – “Saboteurs”
We were lucky enough to tour with Dave a couple years back and he’s one of my favorite artists. I’ve always been a huge fan of everything he’s done, from The Loved Ones all the way to his solo stuff. This song is about two people burning it all down, and it’s a constant inspiration.

The Menzingers – “Your Wild Years”
This song is so catchy and, more importantly, it’s full of attitude. It just pulls on your emotions and how you deal with growing up, becoming an adult, and the commitments you have to pursue as a result of that. It’s like he looked at the person he loved and took every attribute that made them who they are and incorporated it into something that would last forever.

Against Me! – “White Crosses”
Laura Jane Grace is such an inspiring human being. Their entire back catalog is ingrained in my brain. I adore this band and I adore this song and I love how confrontational and aggressive the lyrics are.

The Clash – “I Fought The Law”
Another band which changed hugely through the years until Joe Strummer’s untimely death. It was extremely difficult to choose which of their songs to put in here, but seriously this is one of the best songs they ever produced, even though it wasn’t theirs.

Social Distortion – “Bad Luck”
Mike Ness is the coolest human being on the planet and that is not even an argument. As a band, they have a formula that just works, and I really like his songwriting. It’s full of soul and hints on that ‘50s thing while maintaining contemporary punk rock and roll.

The Horrible Crowes – “Cherry Blossoms”
One of the most beautiful songs ever written. It’s so dark and gothic but full of love and hope. And then you get hit with this HUGE gospel attack at the end that ends in a whisper. It’s so haunting and it makes the hairs on your neck stand up. It’s easy to see why Elsie received so much critical acclaim – that record is truly is a masterpiece.