Richard Butler on the Psychedelic Furs' First Album in 29 Years 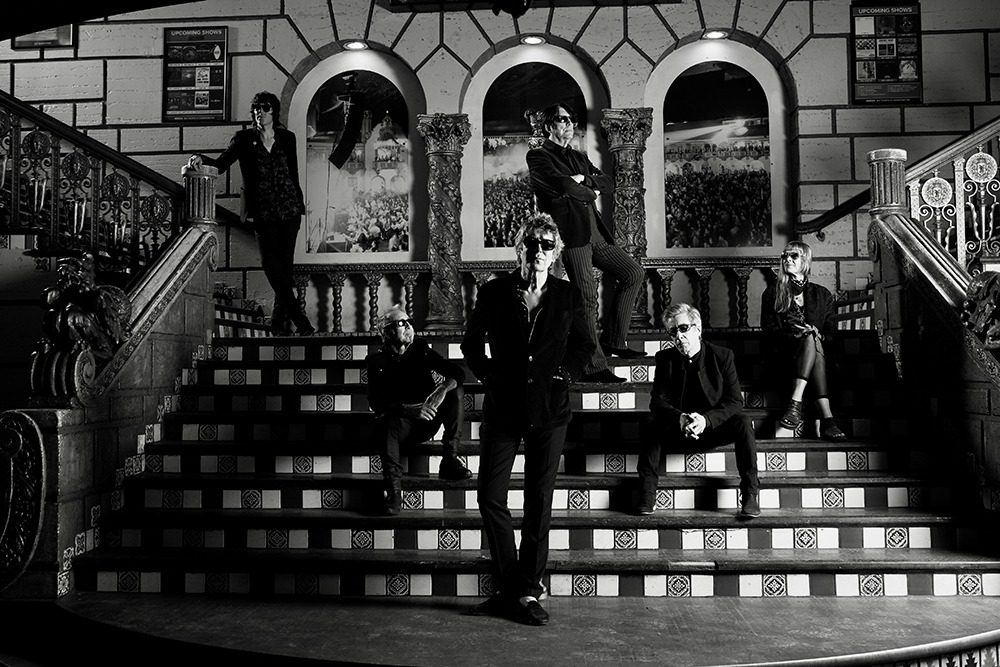 How long has Britain’s brainy post-punk combo the Psychedelic Furs been around? Long enough to earn a snicker-inducing spoof in Brian Gibson’s 1998 comedy Still Crazy, wherein Bill Nighy’s ex-rocker character Ray reforms his ‘70s glam band Strange Fruit and — when shopping for a used tour bus — stumbles across an ancient one once used by the Furs. Sniffing the dank air inside, he comments to the salesperson that one of the members might still be in it. Presumably dead. And no one found the gag more amusing than self-deprecating bandleader Richard Butler. “I loved it! The tour bus joke was hilarious!” he says, knowing he’s having the last laugh.

The Psychedelic Furs has are returning with Made of Rain, their first album in 29 years, and it’s rippled with the same saxophone-underscored atmospherics as the group’s eponymous Steve Lillywhite-produced debut 40 years ago. That record was a textural masterpiece that first revealed Butler’s unique locomotive-breath rasp to the new wave world. It would later be more popularized John Hughes film soundtracks like Pretty in Pink, but the sound would soldier on through fluffier iterations (1984’s gorgeous Mirror Moves) and moody mid-period miasmas (1989’s Book of Days and World Outside in 1991), through recent annual summer-shed tours for a new generation of rabid fans.

Once our the coronavirus crisis clears, Butler and crew (with his brother Tim still anchoring on bass) will hit the road to introduce crowds to the Rain repertoire, like the twinkling “Don’t Believe,” a cascading “Ash Wednesday,” the harpsichord-tinny “Tiny Hands,” and a squealing, vocally-distorted “Come All Ye Faithful.” So it’s not like he’s really been away, technically, reassures the 64-year-old Brit from his new home in Upstate New York, where he’d been sheltering in place with his college-bound daughter.

SPIN: So have you actually met Bill Nighy?
Richard Butler: I have, funnily enough! I was in Edinburgh, and I was walking down the road with my girlfriend, and she said, “Look! There’s Bill Nighy!” And he was just sitting there, outside a cafe. And I’d met Winona Ryder sometime before that, and she’d said, “You know who’s a big fan of yours? Bill Nighy.” And then there he was. So yeah, I actually have met him.

But the coronavirus pushed back the release of Made of Rain, canceled possible 40th-anniversary celebrations of your debut disc, too. How are you coping?
Well, it’s very easy to get melancholic and depressed when you watch the news now, all about ice caps melting and the coronavirus spreading. It’s a pretty terrible time we’re living in. But I paint a lot. I’m doing that most of the time, when I’m not touring or writing, and I have a show at the moment called The Amnesiac Hostess in Miami. I work in oils, and the subjects are portraits, but they’re not straightforward portraits. They’re very hard to describe, really, but I’ve been painting exclusively portraits for the past few years. Painting is a pleasure, but I’m kind of driven to do it, in that if I’m not doing something creative, I’d probably lose my mind. But I really enjoy touring, and the band is playing fantastically at the moment, so I wouldn’t want to NOT tour. It’s important to me, to be out there playing our music.

And raising a daughter has been a large part of what I’ve been up to, besides touring and painting. It’s funny how having a child actually marks the passage of time very strangely, and it brings it right back home in a very clear way. Because I think your actual appearance changes very slowly, so you can’t judge the passage of time from that. But when you have a child, one minute you’re watching them so they don’t knock their head on the table, and the next, they’re off to university somewhere and telling YOU about things. I always recommend books to people. But I’m currently reading Blood of the Vampire about a girl who sickens everyone she gets close to because there’s something in her blood that makes people fall ill. And my daughter actually brought me that book — she said she had read it and loved it, and she thought I would like it, too.

Performing your catalog ever year, have some songs taken on a new significance?
Well, songs like “President Gas” still seem to ring true a lot, so that song certainly seems more relevant. But the whole world was different back then, and I think “President Gas” was the only time I’ve been that scathing in my narrative, although I think “Don’t Believe” is pretty scathing on this record. But it’s difficult to be an angry young man when you’re in your 60s. You become a grumpy old bastard at some point. And it is a very strange time. I still hold a British passport, so I don’t even get to vote over here. But now I think that it’s really been brought home, how life is really very precious and very fragile. And when you’re young, it feels like you’re going to live forever, and death is something that happens to other people. But as you get older, you start to recognize your own mortality. And when people your own age, and of your own generation, start dying, I find that it’s happening more and more.

Is that what you found yourself writing about on “Made of Rain”?
Well, “Hide the Medicine,” for instance, is about the fact that not only is there an opioid epidemic over here, but several people that I knew have had children die from heroin overdoses, just in the small-ish community that I’m in. And it really kind of takes you back.

“Stars” tapes into nature, the great outdoors.
Yes. I was raised in the countryside, very aware of all these things. And I still am. My home was an hour southeast of London, so it was deep in the countryside. And I suppose that being chased by a bull once was the scariest thing I ever experienced there. But lyrically, this album was much more about internal things and not exclusively narrative. So one of the band members would send me a piece of music, and I would find myself either singing along to it or not, if the music didn’t work. But if it did work, I’d find myself singing along, then writing lyrics. And because certain songs or melodies appeal to me, it seems to involve a certain melancholy, where I’m certainly looking inwards. So I’ll often just start writing without knowing what I’m writing about — I just put words together util some sort of meaning happens. So it often doesn’t strike me until afterward, just what I was writing about.

And to this day, there is no other sound quite like yours.
Well, it was all just fortuitous, really. I think it was the result of having two guitarists and a saxophone player — that was pretty much it. Having two guitarists, playing together at the same time? It created this truly unholy racket!