Return of the Justice Keepers: Bad Brains' 'God of Love' at 25 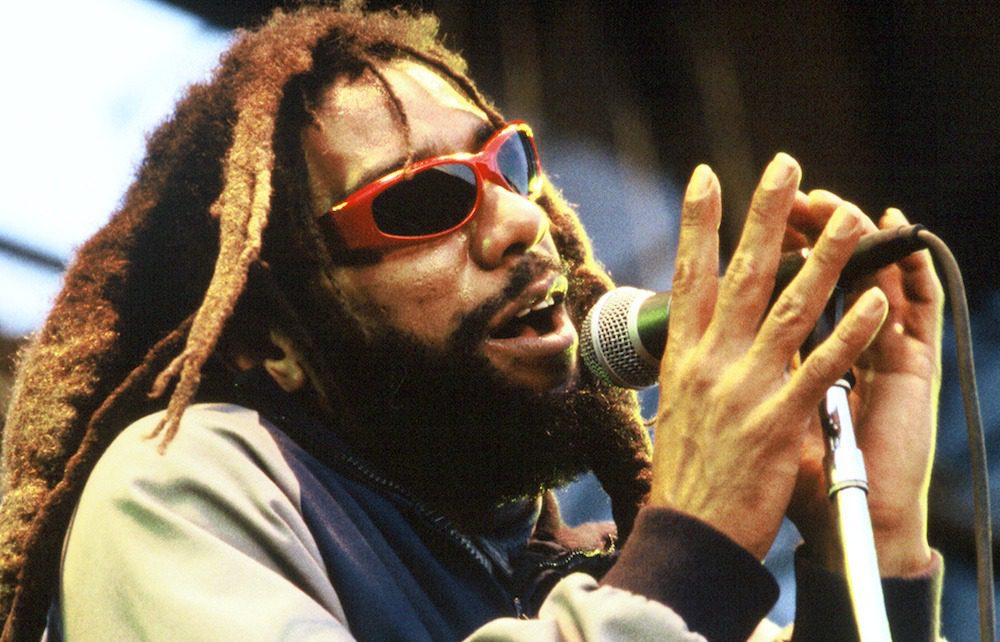 It should have made headlines all over the American music press, from CMJ to Raygun. After spending the first half of the decade apart, the original members of Washington D.C. hardcore legends Bad Brains reunited in the studio with the late, great Rock for Light producer Ric Ocasek for an album boosted by an even more unlikely ’80s icon: They joined the likes of Meshell Ndegeocello, Alanis Morissette, and the Prodigy on the roster of Madonna’s Maverick Records. And, apparently, it was another brand new Maverick signee in Deftones frontman Chino Moreno who convinced them to draw up the papers.

“We had just gotten signed to Maverick Records in ’95, and one of the first conversations I remember having with [label head] Guy Oseary was him asking me what my biggest influences were,” Moreno explains in the 2017 book Finding Joseph I: An Oral History of H.R. From Bad Brains. “I said, ‘Today I’m mostly listening to Sade and the Bad Brains; those are my favorite two artists I listen to most throughout the day.’ It was probably a few weeks after that he gave me a call and said he ran into H.R. and he invited me and H.R. over to his house. H.R. took us to some Ethiopian restaurant. We had dinner and went back to Guy’s house. [We] sat in a little room and played some music together. He had his trumpet with him and I had a guitar. We sat in this spare room and just jammed. I was 20 years old at the time and hanging out with one of my biggest influences.”

Unfortunately, God of Love had been met with disastrous levels of bad publicity upon its initial release on May 23, 1995. A coveted stint opening for longtime pals the Beastie Boys on their Ill Communication tour never made it past the opening date, and most coverage of the band during this time was more concerned with H.R.’s erratic behavior (including a slew of arrests for assault) than any of the music.

“H.R. never came to a rehearsal,” Ocasek recalled in the 2012 documentary Bad Brains: A Band in DC. “I was taking him to his first rehearsal after [the rest of the band] rehearsed for a week. And when we got to the rehearsal area, he saw there was a graveyard across the street from it. He wouldn’t go anywhere near the rehearsal hall. I had to take him back home, because he wouldn’t step foot in a place near a graveyard. He said he didn’t want to rehearse by the dead.”

“It was a very challenging time for him,” Finding Joseph I co-author Howie Abrams tells SPIN. “He was living out in L.A. and basically couch surfing from place to place. And music was his outlet and his safe space, where he can be creative. He’s seen himself for so many years as a messenger of God. And especially on God of Love, there was this full realization of putting out that message to people of unity and love and understanding, which were rarely heard in metal and hardcore at the time.”

But the antics outside of the creative bubble proved to be a tough barrier to move past.

“There was a lot of tension at the time with the band,” Moreno recounts in Finding Joseph I, which was also made into a feature-length documentary as well. “At any minute, anything can happen, and that’s what happened. I think there were four or five more shows [on the Bad Brains/Deftones tour] and everything unfolded. Man, I remember H.R. had this girl handcuffed to him for a few days. Every time I saw him get off the bus, she was handcuffed to him. He was in a good mood, hanging out, but I remember thinking, ‘This is wild!’ Anyway, the show was good. We had a good show, but they only played half a set or something. I was in the crowd watching, and all of a sudden, right in the middle of the set, I saw a mic stand go up and BOOM! A couple of minutes later the cops showed up. I saw them arrest H.R. and take him out. What they were saying was some dude was spitting on him. The show was over. The tour was over.”

Where did this leave the actual music? The truth is, God of Love should be ranked alongside Rock for Light and I Against I at the apex of the group’s discography. That’s not how reviews at the time and in subsequent years have seen it, though.

“Just because all the original participants returned, it didn’t mean the sound or the inspiration returned,” wrote Stephen Thomas Erlewine in his AllMusic review. “God of Love was flat and unenergetic. It failed to have an impact and faded from view soon after its release.”

Yet to this day, it remains the most experimental and diverse album in the group’s canon, with nearly half of its tracks shape-shifting beyond punk-metal aggression and closer to their spiritual anchoring as a reggae band, instances of which have been heard in minor doses on such Brains faves as “I Luv I Jah” from the ROIR tape and the heartfelt “MCA Dub” from 2012’s Into the Future.

For Bad Brains frontman H.R., these freedoms in the studio can be attributed to its producer, whose presence helped center the band while they were recording out in Los Angeles.

“We were so lucky to have this album produced by Ric Ocasek,” the singer recently said to SPIN. “Our deepest condolences to his family. He had said at the time that he was gonna let us do our own thing once we got into the studio. And that had a lot to do with us throwing so much reggae in there. By him having such an open mind and open heart about letting us do our own thing, we just came up with some tracks that were more mellow and sounded more happy.”

“When [H.R.] came into the studio to do the stuff, he nailed it every time,” described Ocasek in that aforementioned Bad Brains doc. “He was doing these seven-part harmonies right on top of each other. It was perfect every time.”

“I’ve always been receptive to what’s going on and they made it simple,” H.R. explained. “They’d just let me listen to the music and it took me two days to come up with the lyrics.”

Sonically, meanwhile, you can truly hear the connectivity between bassist Darryl Jenifer, drummer Earl Hudson and the invincible Dr. Know on guitar across the cool of tracks like “Over the Water” and “How I Love Thee,” which they would further explore as an instrumental trio on 2002’s I and I Survived. There are also elements of funk, jazz, psychedelia, and dancehall interwoven between moments of pure Bad Brains fury like “Cool Mountaineer” and the infectious title cut that smashed through the alt-rock class of ’95 like an impassioned throat punch.

“There’s a lot of different styles on there, a lot of different rhythms going on,” said Abrams. “As you know with reggae music, it tends to be about certain rhythms, like the Nyabinghi rhythm or the one-drop rhythm. And it felt like they were experimenting a lot with those different rhythms, especially Darryl and Earl. So there were a lot of alternate tempos for H.R. to sing over. I think that’s what is the truly interesting thing about God of Love is the way they really experimented with a bunch of different styles and really let their musicianship spread out.”

“We were focusing on skill and precision,” adds H.R. “Up until that point, the music was just so raw. I remember working on Rock for Light and music was more about how fast we could go and as raw and grungy as it could be. But I remember when we were recording God of Love, that focus on skill and precision felt a lot different than the first days and making the first album.”

However, what makes God of Love stand out most prominently from the Bad Brains library is the lyrical content. As an avowed student of Rastafarianism as a faith and a culture, the words express almost nothing but good vibrations: hope, love, and unity that have always been a cornerstone of the group’s mindset but never as dominating entirely as they were here. Listening to God of Love amidst the biggest pandemic in our lifetime, it’s remarkable to think of how this uplifting, powerful music to soothe the COVID-frayed soul was created amidst such turmoil within the band and its immediate community back in 1995. The chaos and disorder of H.R.’s behavior at the time was mystifyingly incongruent with its clear-eyed message of PMA.

“By the time we were working on God of Love, we wanted to do something a little more special for the audience,” the singer told SPIN. “And so we got our heads together and through the power of Jah, he touched our hearts and we came up with this beautiful concept that the youth of today is the man and woman of tomorrow. Because we know Jah was with us. He had been with us from the early, early days and he was with us on God of Love. I knew that God had brought us together and I wanted to make that album as clear and as positive as possible.”