Quarantine Classic Concerts: The Up in Smoke Tour 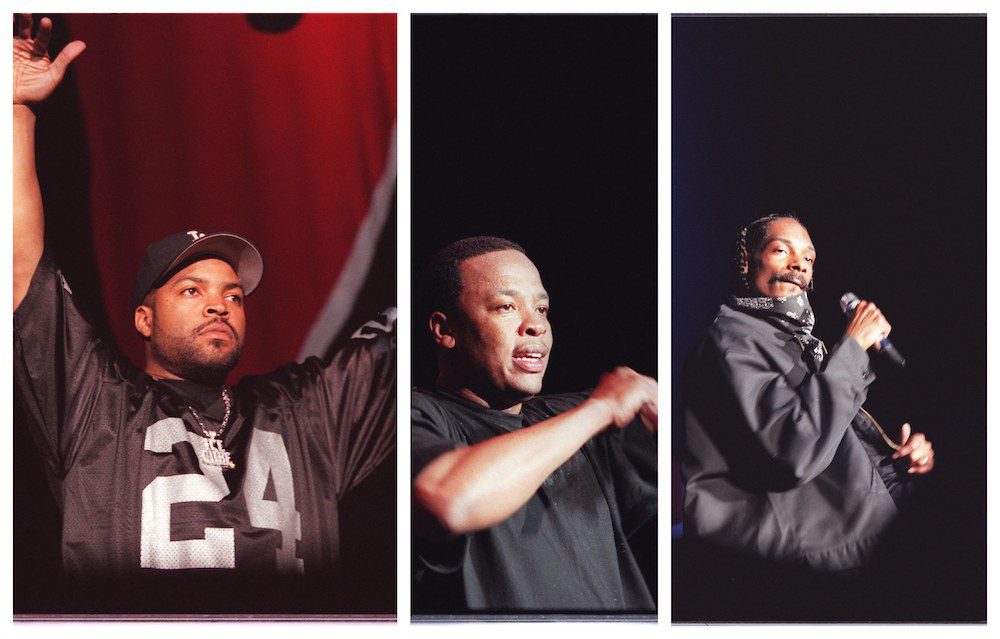 What’s the point in doing a classic concert series if you’re not going to include perhaps the most famous hip-hop tour of all time? It’s certainly one of the most iconic — as well as one of the most controversial.

We’re talking about the Up in Smoke Tour.

The tour brought a who’s who of predominantly West Coast rap stars together in the summer of 2000. Spearheaded by Dr. Dre and Snoop Dogg, Ice Cube and Eminem, the Up in Smoke Tour hit 44 cities and grossed more than $22 million.

But this tour doesn’t stand out, nearly 20 years after its first show near San Diego, because of how much money it made. The Up in Smoke Tour remains relevant because it perfectly captures a particular zeitgeist around Y2K when hip-hop strictly revolved around an element of excess.

And yes, it also featured a number of transcendent rappers at or near their prime. That doesn’t hurt, either. You simply weren’t going to find a better hip-hop show in the summer of 2000 — or frankly, at any point in time — than the Up in Smoke Tour.

Still, what made this tour so great was that it wasn’t just top-heavy. Look at some of the names on this tour: Nate Dogg, Kurupt, Westside Connection, MC Ren, D12, The Eastsidaz, Devin the Dude, Warren G, The D.O.C. and a pre-Pimp My Ride Xzibit.

Speaking of Xzibit, let’s kick it off with X-to-the-Z joining Dr. Dre and Eminem on stage to perform “What’s the Difference,” one of the handful of hits off 2001. Bonus points for Xzibit wearing the full Lakers warmup fit just weeks after Shaq and Kobe won their first title together.

This clip also gives you a good sense for the trailblazing nature of the tour; Up in Smoke helped catapult hip-hop onto the same level as arena rock, with tricked out stage pieces, like a giant talking skull (which looked uncannily similar to Stone Cold Steve Austin’s logo, for what it’s worth) and the effervescent glowing cannabis leaves in the background.

It also led to Ice Cube performing “Hello” after emerging from what looks like a set-piece designed for Mr. Freeze in Batman & Robin:

Neil Strauss, covering the tour for The New York Times in July 2000, gushed: “Musically and visually, the tour — full of explosions, elaborate sets, and videos — has set a new standard for live rap spectacles.” It’s hard to argue with that.

Back to Ice Cube for a second. The Up in Smoke Tour, for Cube, was a return to his roots.

Cube had spent the last half-decade as more of an actor than a rapper, starting with his starring role in 1995’s Friday. He’d go on to pile up the film credits in the ensuing years (who could forget Anaconda? Cube was clearly robbed of an Oscar nomination) before returning to the studio. The results, War & Peace Vol. I and II, released in 1998 and 2000, couldn’t match his Death Certificate heyday, but it was still good to have him back onstage and recognized as one of the West Coast’s founding Godfathers of rap. Without him, the tour would’ve lost a considerable amount of cachet — and a grip of good songs.

Speaking of which, here’s Cube dancing around in his Charles Woodson Oakland (Las Vegas?) Raiders jersey for “You Can Do It”:

And while the show might have been sleek and professional on-stage, controversy followed the tour offstage.

Eminem, meanwhile, was riding high off the back-to-back successes of The Slim Shady LP and The Marshall Mathers LP, the latter of which racked up the most first-week sales of any rap album ever to that point when it was released in May 2000.

Here’s a taste of 8 Mile’s finest performing “The Real Slim Shady” from the tour, complete with Eminem mocking his then-rivals Insane Clown Posse:

Despite the on-stage brilliance, Eminem’s personal life was a shitstorm at this time. Just before the tour, he was accused of pistol-whipping a guy he saw kissing his wife, Kim, in a parking lot. (He would later settle out-of-court for $100,000.) Then, midway through the tour, Kim Mathers attempted suicide by slashing her wrists at the Michigan home the two shared; only two months earlier, Eminem’s latest album had included “Kim,” a song in which he imagines killing his then-wife.

But all the drama didn’t get in the way of putting on a good show, as this rendition of “Forgot About Dre” suggests:

The tour also ran into a First Amendment issue in Michigan, where police threatened to arrest Dr. Dre if he aired two graphic videos that were regularly used on tour. What sins did these videos commit? One showed a fake robbery where Snoop Dogg contemplates killing a man; the second, titled “Don’t Marry a Ho,” showed a semi-naked woman and depicted oral sex. Dre agreed to not show the clips, fearing if he was arrested a riot would ensue. He later sued the cities of Auburn Hills and Detroit for violating his First Amendment rights. Dre won $53,000 and a formal apology in the process.

This seems like an appropriate place to put this clip of Dub-C C-walking from the tour:

The big baller stage designs and the stacks of legal fees ended up being ancillary, though. Ultimately, they were simply a sideshow for what this tour really was: a coronation for West Coast hip-hop.

Go back to 2000 for a second. Snoop Dogg was under 30 and hadn’t yet morphed into one of the world’s biggest pitchmen. Dr. Dre was riding high after leaving Death Row Records, signing Eminem and releasing his mammoth 2001 album a year earlier. And after feuding for a few years, Dre and Ice Cube’s beef was well in the rearview mirror by this point — paving the way for the former N.W.A. members to join forces on the tour.

But the real magic of this tour was seeing Dre and Snoop hold court together like it was 1992 again and The Chronic had just dropped. That was evident for fans from the moment the duo rolled onto the stage in a purple lowrider and went into a medley of “Let Me Ride” and “Still D.R.E.”

It also helped that this wasn’t merely a trip down memory lane for Snoop and Dre. They came equipped with a handful of soon-to-be-classics off 2001, like “The Next Episode,” which you’ll see them perform here alongside Nate Dogg:

And hey, apologies if you were expecting a few more clips of the opening acts. Unfortunately, with this coming a few years before the rise of the camera phone, there aren’t many great clips on YouTube.

On that note, we’ll sign off with a classic rendition of “Ain’t Nothing But a G Thang” from Dre and Snoop. And remember to just chill til the next episode… of QCC.