Q&A: Serj Tankian Talks His New Electronic Project and How 'Normal' Is 'Extinction' 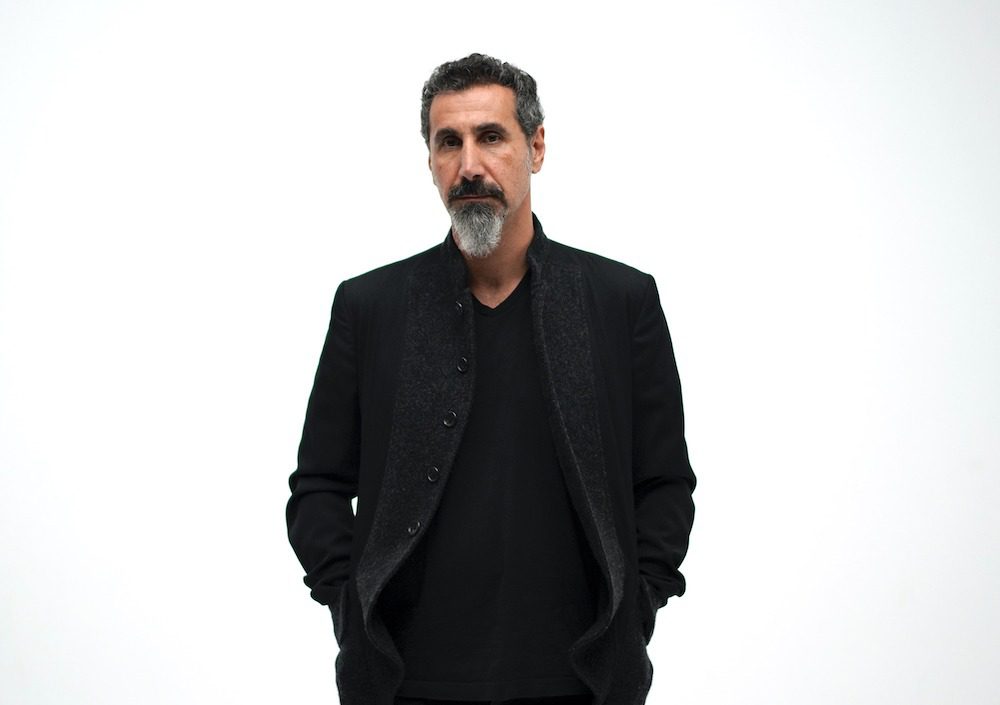 Serj Tankian, 52, is across the world during the pandemic, currently residing in New Zealand. But he is very conscious of all going on in the States, having lost an 86-year-old uncle in New York to COVID-19 and having his parents grounded in the States still while he is so far away. The multi-hyphenate singer/composer/painter/activist has a lot to say about the U.S. pandemic response, as well as his always-prolific artistic output, including a new collaboration, Fuktronic, with his friend, Jimmy Urine of Mindless Self Indulgence. A significant departure for both frontmen, the collection melds electronic beats with dialogue “from a made-up British gangster film.”

SPIN jumped on a phone call with Tankian to discuss his forthcoming rock EP and the state of the world in quarantine.

Why do you think New Zealand has had more success at flattening the curve during the pandemic?
Serj Tankian: Our Prime Minister here has done a phenomenal job with government locking down early, being very communicative and very strict with the lockdown. We didn’t even have takeout for five weeks. We had a real lockdown. [Laughs.]

Quite the contrast from the U.S. government.
Absolutely, it has been a disaster. The federal response truly too little, too late; not enough preparation on masks and ventilators. They knew this was happening in January and they didn’t do shit until March, until it was too late. It’s interesting because you see different governors exercising their rights to close down differently. And those that did it early and strict have seemed to work. In California it helps that we haven’t had public transport, we’re already more isolated than people on the east coast and what not. All those factors matter. To me this whole thing is politically very interesting. Countries that have good leadership have done well. Countries that don’t haven’t. My parents are there. I’m worried about them even though I’m in New Zealand. I’m gonna be coming back soon ‘cause I’m worried about them and it’s a tough time.

What bothers you most about the current state of the world?
I’ll start with the Michael Flynn thing. I read that this morning on the BBC and I was so fucking horrified. Trump’s been threatening to pardon him anyway if he actually spent more time in jail. This guy has not only broken the law for Trump before he became president as far as meeting with the Russians and influencing policy, but also took money from the government of Turkey to represent Turkey. If you do that you’re actually a foreign representative and you have to register with the State Department. This guy has broken two major federal laws that if it was you or me we’d be fucking rotting in jail for the rest of our lives. But today he’s scot-free. Yeah, it is corrupt. Speaking of Armenia, in 2018 Armenia had a peaceful demonstration to overthrow a corrupt post-oligarchic regime. Oligarchic regimes around the world are very blatantly corrupt. In other words you pay off a cop, you pay off a judge.

The U.S. form of corruption is more refined. It’s legalized. Super delegates; the electoral college, these are all instruments by which the powerful can keep their power and influence a leadership for generations to come with billions of dollars being traded. Right now over the last 15, 20 years, the government of Turkey has spent 40, 50 million dollars on K Street lobbying firms that have lobbied Congress not to recognize the genocide. And luckily the U.S. Congress recognized the genocide in November of 2019, which was a huge victory for justice and the Armenian-American community and the truthful side of history. So yeah the U.S. is very fucking corrupt, on the top. Not on the bottom. Your average person is not dealing with that type of corruption. But on the top, we’re talking billions of dollars for running for president. So we need a peaceful revolution like the one in Armenia in the U.S. to topple this type of stupidity. And I say stupidity because it comes from ignorance, from the lack of education. During the Reagan time, they started cutting funding for public education and we’ve created a dumber population in the U.S. than we had previous to that. And that is dangerous because we’re getting dumb fucking leaders because of it.

What is the biggest change you’d like to see come out of this?
There is no fucking normal. Normal is your own extinction of the species on the planet. If that’s what you want to go to, have fun. But we would rather see our kids live, our grandchildren live. So let’s help create what is the new normal. We can’t go back to life as it used to be. We need to globally figure out how to cut down on consumption — change our lifestyle habits, our dietary habits and be more aware as a society of how we’re going to go forward. That also includes getting rid of these stupid fucking ignorant corrupt leaders around the world. Does the planet have time for this? We don’t have time for this.

How is this chaos impacting your own music?
As I’ve been in lockdown I’ve gone and created probably a whole hour or hour and a half of new music. Music has been my savior so I know how people feel about music. And I think it is very important in these times. Being stuck at home we’ve been listening to music and watching movies. It’s a way of relating, a way of escaping, a way of calming ourselves down. I was looking forward to seeing Rage come back absolutely. And they still will. But personally I don’t think it’s gonna be until next year from what it looks like. It doesn’t look like large events are gonna be possible anywhere any time soon. It’s too risky, especially November coming around and the possibilities of re-infection. So I don’t see this going forward anytime soon.

And how did Fuktronic come about during all this?
Fuktronic is a total goof idea that Jimmy Urine and I came up with years ago having sushi, both of us being fans of British gangster films. And we find them funny. Certain people find them offensive and violent. Of course they are those things as well. We find them over the top funny because they’re just too crazy to be taken seriously. We would laugh about that and give each other quotes from films and started talking about the music. And then we were like, “Hey, man, why don’t we create a soundtrack to a British gangster film and we’ll get all these voiceover actor friends and we can get them on it? And we’ll just make this crazy Guy Ritchie film without a film and without Guy Ritchie?” [Laughs] I’ve got a lot of other stuff in the pipeline. I’ve got an EP of rock songs that’s gonna be out this year. Once I score another film I’ll probably put out some more soundtracks next year as well.

Is there anyone whose artistic evolution you look to as a model for your own?
David Bowie, Tom Waits, people that reinvented themselves. Even Madonna to a certain degree reinvented herself so many times it’s quite interesting. I’m a huge Tom Waits fan. That guy hasn’t toured in so many years and if he did, even if I didn’t want to go to any shows, that would be the one I would go to.

Tell me more about this rock EP you’re putting out.
Originally I had these songs in mind for a System record if we were to end up doing a System record. But as we could not really see eye to eye on how to go forward with that I decided to finish them off myself and release them as an EP.

So people shouldn’t hold their breath for new System of a Down anytime soon.
I don’t know, man. It hasn’t happened. But I’ll never say never.

Why does the EP remind you of System?
I always have random rock tracks done at different times and I sit on them. And then one day the right project or right idea for releasing them will come along. They all have piano or synthesizers, which is a little different than the four-person crew with System, although we had some synths as well. It’s got stuff that’s really heavy, heavy and there’s a funny aspect and then there’s a song about my son. It kind of runs the gauntlet on diversity of thematic expression: political, non-political. I guess that’s always been me, all over the place. I think I’m gonna call it Elasticity just because I wanted to do it with System and it didn’t happen. For me, it’s not Toxicity but it is Toxicity. [Laughs.] That’s what I’m thinking of calling it. I haven’t finalized it, but that’s what I’m thinking of calling it. We’ll probably put it out later this year.

Laura Jane Grace Opens Up About Her New Surprise EP

Blast Rites: Unto Others’ Enormous Goth-Metal Gives Them Strength to Carry On | SPIN