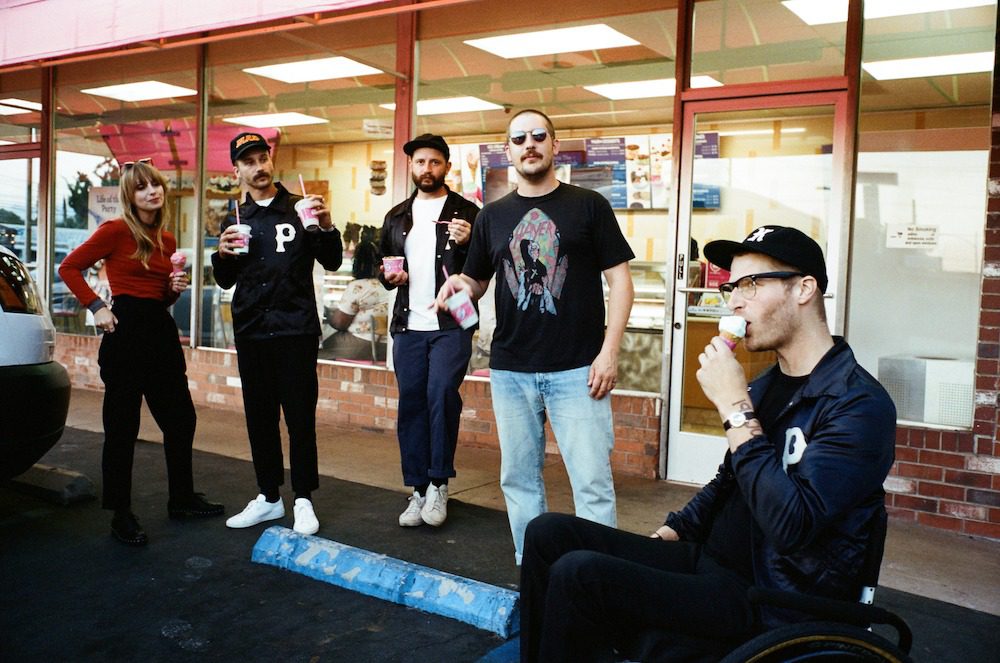 Just when you thought 2020 couldn’t get any more bizarre, one school district in Alaska upped the ante by throwing a book ban into the mix.

The decision to cut them from the reading list was spurred by a document from the district’s Office of Instruction that spelled out concerns over the books’ content, including “language and sexual references” in Gatsby and “‘anti-white’ messaging” in Caged Bird.

The move inspired many members of the community to spring into action, including the region’s most famous native sons, the alt-pop group Portugal. The Man. The now-Portland, Oregon-based band got its start in Wasilla, Alaska, and, according to guitarist Eric Howk, its members regularly keep tabs on their former hometown.

“We talk a lot about things that hit close to home,” Howk says, speaking from his home in Seattle. “[We] still have family that lives in Wasilla proper and John [Gourley, P.TM’s singer/guitarist] has family in that school system. So we all became aware pretty early on and there was a kind of grumbling like, ‘I don’t think this is right.’”

The band decided to fight this ban by offering to purchase copies of one or all of the banned books for any student in the school district that wishes to read them. All they need to is email [email protected] with their request.

Fighting this book ban is the latest effort by the group’s new nonprofit arm, the PTM Foundation. The charity organization already has a number of projects underway, including partnering with the Tony Hawk Foundation to renovate a skatepark in Anchorage and taking action to protect the wild Sumatran tiger.

Howk says that as word has spread about the band’s offer to purchase these books for students, their email has already been flooded with requests and they’re now working to figure out how to fulfill them all.

“We’re exploring possibilities,” he says. “As it is, there’s a local bookstore in Palmer [the hub of the Mat-Su School District] that’s being inundated with orders. They can’t keep it on the shelves. We’ve poked around locally to Elliott Bay Books here in Seattle and Powell’s Books in Portland. We’re going to figure out a way to get it done.”

Portugal. The Man isn’t alone in their efforts to fight this ban. According to CNN, a lawyer in Palmer is offering students who read all five books the chance to enter a drawing for a cash prize. And one member of the Palmer City Council has been regularly reading passages from The Things They Carried on Facebook Live.

The good news is that all this media attention and all the pushback that the school district has received as word of the book ban has spread might actually achieve a positive effect. According to Howk, the first item on the agenda for the school board’s next meeting on May 6 is to move to reverse the decision.

“That’s huge,” Howk says. “All of these books are supposed to be conversation starters. The idea to foster critical thought and the ability to compare ideas, especially on tales with a little more controversy behind them. That’s the whole point.”