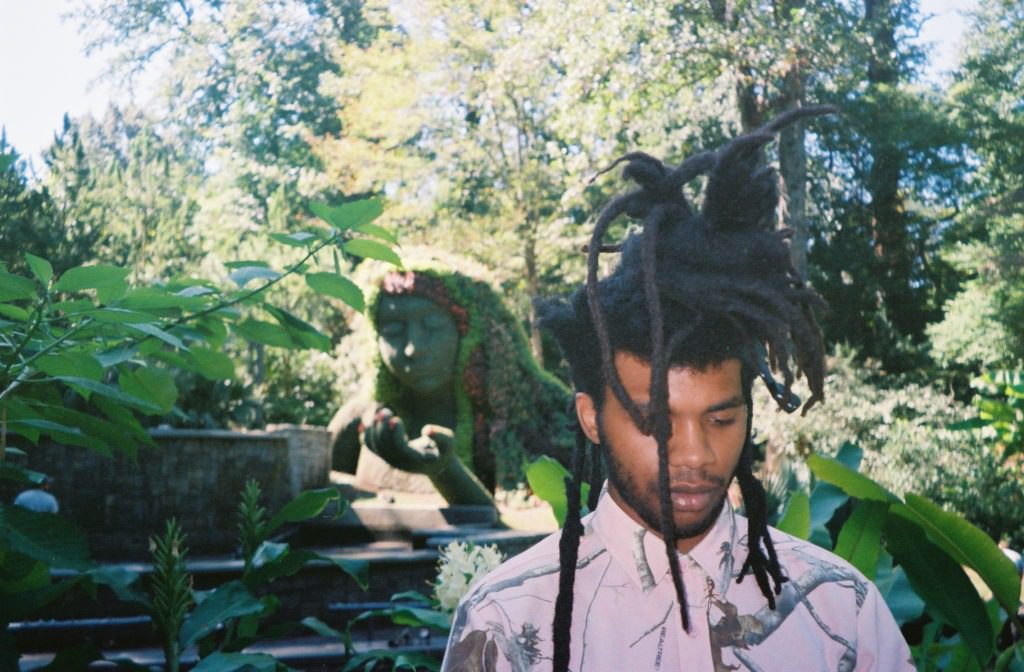 Prodigious talent can be an albatross. The pressure to realize the promise of your youthful work might weigh you down for an album or a career. 23-year-old Chester Watson spent the last three years crafting his debut album, October’s A Japanese Horror Film that is out on POW Recordings.

Though Watson released the 10-track Project 0 and an instrumental album (as well as a few singles) between 2017 and 2020, he felt the pressure of every blog post and article that forecasted swift success. Florida-raised and now Georgia-based, Watson is a skateboarding ballet dancer turned lyrical savant. He started rapping at 13 and racked up hundreds of thousands of YouTube views just two years later with “Phantom.” On mixtapes like 2014’s Tin Wookie, Watson synthesized his few influences (e.g., Earl Sweatshirt, MF Doom) and dropped introspective, weed-fueled koans over hazy boom-bap, his resonant monotone sounding at once wise and sleep-deprived. Comparisons to Sweatshirt and Doom (though not unwarranted) abounded. Instead of rushing an album to capitalize on the hype, he took time to rework and refine his sound for A Japanese Horror Film.

“I think that’s one of the reasons why I took so long [to release my debut]—I was put into a very wild category very young with a lot of really good people,” Watson tells SPIN, speaking via Zoom from the attic of his mother’s Georgia home. This is where he made Tin Wooki and much of A Japanese Horror Film, the time between measured by an even deeper voice and the height of his Basquiat-esque coiffure. “I think not feeding into that stuff and doing what I needed to do in my life to excel as a human being kept me on track.” Largely self-produced, A Japanese Horror Film follows two different tracks. An eerie anime saga populated by Yōkai (monsters and spirits of Japanese folklore) bleeds into chronicles of Watson’s life and vice versa. More Afro Samurai than Audition,  A Japanese Horror Film filters the solitary revelations of Watson’s early 20s into one stream-of-conscious narrative, fact and fiction blurred and connected by scripted interludes. He wrote the script first, studying Japanese mythology, geography, and culture as he built the music around a narrative of self-discovery. Over the following three years, Watson realized the album encapsulated all he’d wanted to say from the beginning of his career.

“This is definitively Chester Watson because nothing sounds like this… It’s so bugged out,” he explains. “You start [your career] with a certain impression of how you want to be listened to. As you make music and people listen and give you feedback, that changes.”

The album is also a sonic step forward for Watson. His layered beats fuse dusted boom-bap, lugubrious trap, and haunting film score. He needed those extra years to teach himself how to play guitar and bass. To achieve the aesthetic cohesiveness, he ran most of the album through the SP-404, imbuing each beat with the sampler’s renowned warmth and gritty textures. He also employed a variety of analog synths. Psymun, who produced “Yokai” and “Fog,” even took Watson to Justin Vernon’s (Bon Iver) home studio in Eau Claire, Wisconsin. “I pretty much used all of Justin Vernon’s synthesizers,” Watson says, before gleefully relaying that he held Vernon’s Grammys. More than anything, though, Watson is relieved the albatross is no longer around his neck, that he made his debut album in his own time and on his terms.

“This is the first project where I made everything. There’s no samples. Every sound that you hear, either I played it or one of the producers played it. I wanted to be able to say, ‘I produced the majority of my debut album.’ I knew I had the ability. I just had to push myself.”