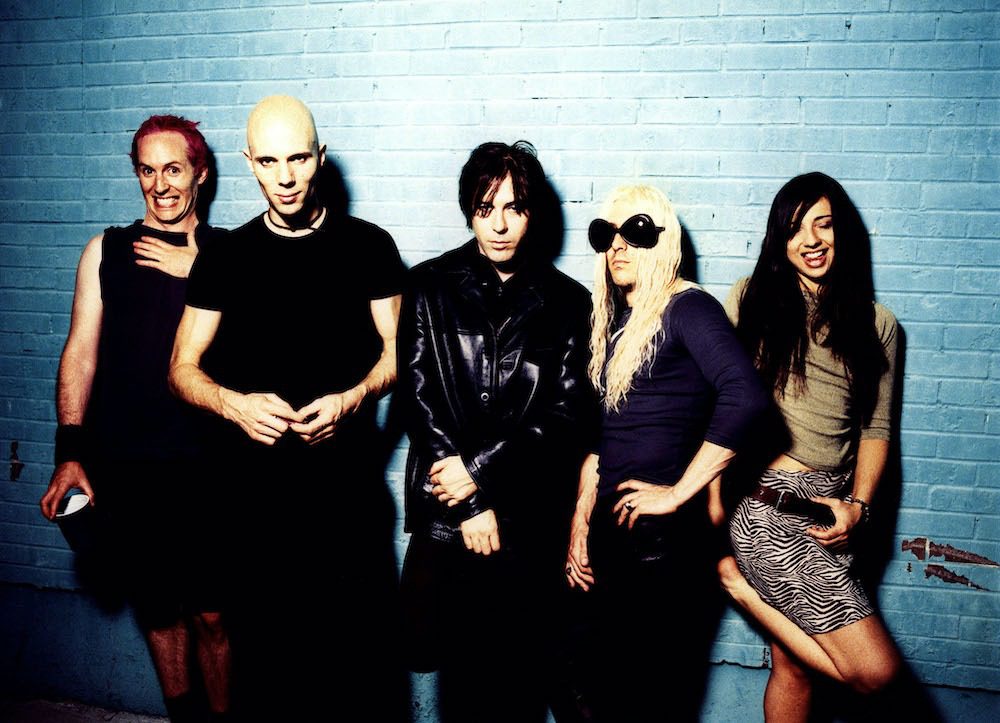 At first, Tool fans were kinda bummed. Word of a Maynard James Keenan side project — while appealing on paper — was met with apprehension and dismay, as it threatened to further delay the studio sessions for the follow-up to Ænima, which they’d already been impatiently waiting years for. When the album finally hit record store shelves on May 23, 2000, those fans weren’t skeptical anymore.

As they’d learn fast, A Perfect Circle was no Tool clone. The music was largely written before Keenan ever became involved. Guitarist Billy Howerdel, the creative strength behind the avant-rock outfit, was a former guitar technician who’d worked for Nine Inch Nails and Faith No More. He became friends with Keenan in 1992 after meeting on tour; Tool were opening for Fishbone, who Howerdel was working for. The two later lived together for a while, and after Howerdel initially considered a female vocalist, Keenan offered to help bring Howerdel’s tunes to life.

A Perfect Circle — rounded out by former Failure guitarist Troy Van Leeuwen and bassist and violinist Paz Lenchantin — released its first album, Mer de Noms, 20 years ago this Saturday. Boasting a dozen atmospheric tracks, including rock radio staple “Judith,” A Perfect Circle’s debut offering proved wildly successful, debuting at No. 4 on the Billboard Top 200 — making it the highest-charting debut from a rock band, ever.

While Tool comparisons were inevitable (and obvious) — if only because of the alternately soothing and volatile Keenan — listeners discovered that A Perfect Circle was a different beast. The songs were sparse and more concise, with intense, soaring guitars enveloped by blistering bass lines and eloquent, effective drum work. The record is as potent today as it was when released two decades ago. To commemorate the 20th anniversary of A Perfect Circle’s inaugural release, SPIN reached out to a number of musicians for their thoughts on why this groundbreaking opus still resonates with music lovers all these years later. The following reflections are in their own words. I was in local bands in high school when that came out. So, when I think about it, I guess it was a long time ago, but the reason why it doesn’t feel 20-years-old is that I still listen to it. That record is iconic, to me. I’m the youngest; I have an older brother and two older stepbrothers. The oldest stepbrother was a little too old, so we didn’t hang out, but the other one, he had a huge influence on me musically. My brother and all of his friends, they had a huge influence on me musically. I was into what my brother and his friends were listening to. That’s how I got introduced to all this cool shit at a young age.

My parents turned me on to Led Zeppelin, Pink Floyd, Rolling Stones, the Beatles, and if we were going to play instruments, we had to learn all that stuff. And that was a blessing, and then we got into our Nirvana-Alice in Chains stage on our own, and then I remember Tool, which obviously led me to A Perfect Circle. It was like, if you were a Tool fan, that was the intro. I was a huge Tool fan because my brother listened to it religiously, and so I heard it all the time.

I remember picking it up at School Kids Records. It had a slickness to it and the melodies … A Perfect Circle was almost more up my alley because I like that more melodic side of the hard rock stuff. I always thought it was sexier because it had this vibe that was like… the tempo, and the melody choices. It painted a better picture in my mind a lot of times than just the way more aggressive hard rock stuff. So, when that record came out, it was like, “Dude, this is everything.” I think the end of “3 Libras,” it’s been in my head for like 10 years. I don’t think that has ever left my head. If I hear any note from that chord progression, it’s in my head another year.

The album is iconic and still relevant, which is sick. I remember playing it for a friend in high school and him not getting it. I remember just getting so frustrated. Like, ‘How do you not feel that?’ I wanted to share that record with people and couldn’t stand when they didn’t get it. To me, Mer de Noms represents a time in my life when I first discovered that music can have a variable kaleidoscope of different dimensions of emotional expression. Up until I heard A Perfect Circle, I only sought out aggressive, angry music to compliment the teenage angst I was completely muddled with. When I first heard “Judith,” it totally scratched that itch for me, and, as a fan of Maynard’s work in Tool, I went out to buy a copy of the album almost immediately.

For days, I would pop the CD into the big boombox on top of my dresser and just listen to “Judith” on repeat until one day, I must have forgotten to hit that “Repeat One” button and “Orestes” started playing. I was shook — I couldn’t believe that a band that was so aggressive could so seamlessly move from distorted guitars and long, held-out screams to the morose and almost docile sound expressed in “Orestes.” At that point, I just decided to let the album play and when “3 Libras” came to bat as the very next song, I realized that music had so much capability to capture so many different emotions — emotions that I was feeling in so many different ways as a 13-year-old boy. It gave me something to turn to when things weren’t as black-and-white as being angry and being happy.

From there, I obviously continued to expand my musical horizons, finding music much “heavier” than Mer de Noms, but that album will always stand as a monument in my musical journey to what it means to be a truly varied and emotionally attuned set of artists, unafraid to run the gamut of human experience in a piece of truly legendary art.