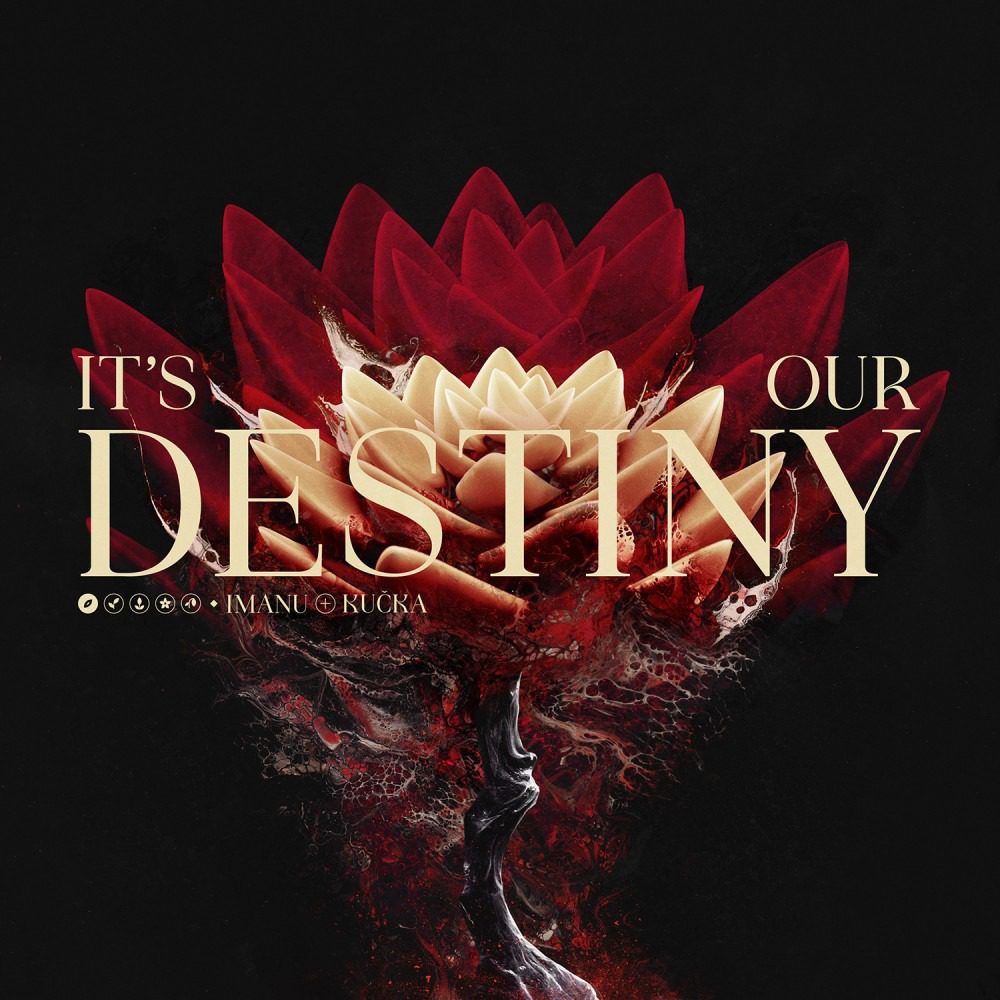 Fresh off the fiery success of BBC Radio 1 backed single A Taste of Hope, Beatport’s NEXT artist 2021 IMANU returns to Deadbeats alongside pop queen KUČKA for an ethereally genius single It’s Our Destiny.

Already achieving a staggering amount of achievements before the age of 22, since then IMANU has obtained 6 Beatport #10 tracks in the past 12 months, released on labels such as Deatbeats, Never Say Die, UKF, and mau5trip, remixed for high profile names such as Skrillex, What So Not, TOKiMONSTA, Apashe, and Camo & Krooked, and is currently preparing for an extensive European tour this summer.

Inspired by the emotive story-telling potential of music, the producer has ridden the recent fresh wave of Drum & Bass music to the top, gathering over 4M Spotify streams on a remix of Apashe, High Klassified, and Cherry Lena’s I’m Fine and over 1.5M Spotify streams and radio play on Kiss Nights for his single A Taste of Hope – which even went onto be remixed by Odd Mob and Emperor.

Teaming up with IMANU for his second single on Deadbeats, Australian singer and producer KUČKA contributes the celestial, pop-oriented vocals she is known for to It’s Our Destiny. In addition to collaborations with prominent names such as SOPHIE, Kendrick Lamar, A$AP Rocky, Vince Staples, Fetty Wap and features on Flume’s critically acclaimed studio album, Skin, KUČKA boasts millions of streams and critical acclaim from media giants such as The Guardian and NME.

The atmospheric flow and undeniable skill of IMANU and KUČKA’s latest collaboration has potential for stratospheric success amid the current geometric sound-designed revolution within electronic music. Driving vocals, complex polyrhythms, and elegantly frantic soundscapes mark It’s Our Destiny as an expertly produced experience that generates a sense of delightful whiplash.

IMANU & KUČKA – It’s Our Destiny is out now via Deadbeats.